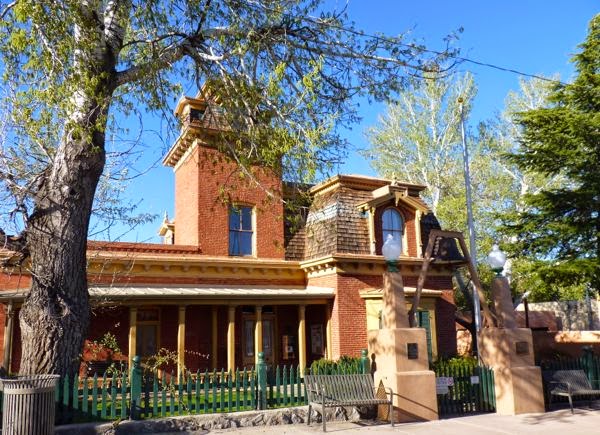 Based on the museum docent’s recommendation, I ate lunch at Jaliscos Mexican Restaurant. It turned out to not be authentic, and marginal food. 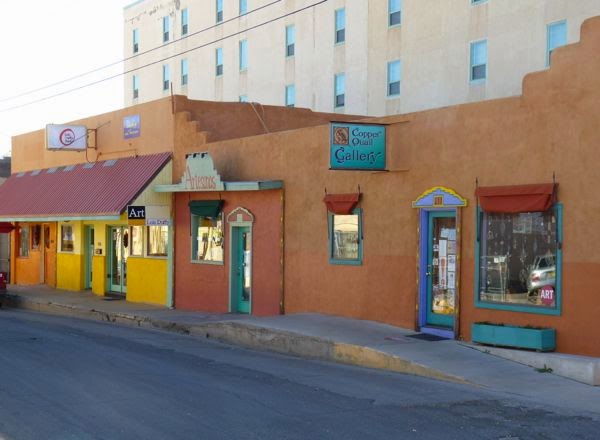 Most galleries were closed as I happened to stop on their off day. So, I roamed the streets taking photos of the colorful buildings, murals, etc. Perhaps I could return in the fall when they have an art festival. 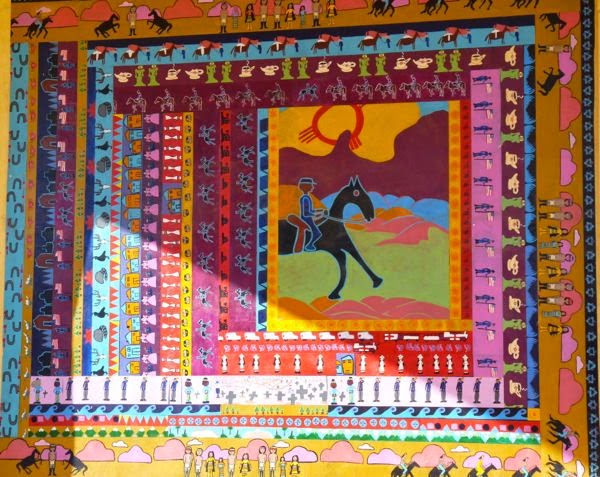 Mural on a side street

The best gallery for local artists was just closing, but they let me come in to look anyway. Some very nice work including paintings, pottery, sculpture, weaving, jewelry, etc. They have a sculpture courtyard, and an adjoining space for performance, mainly music and a recording studio. They bill themselves as the Seedboat Center for the Arts. 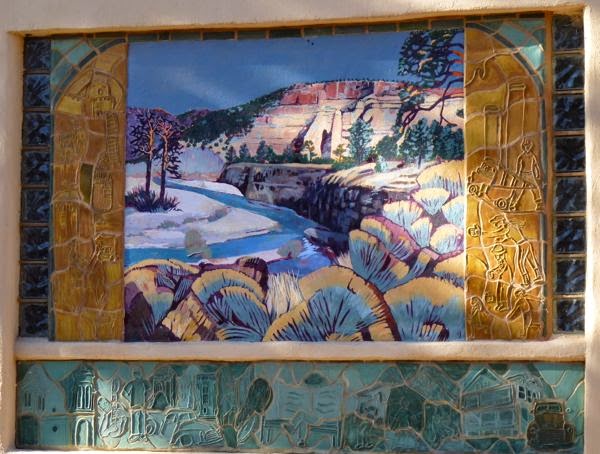 Walked along the Big Ditch for a couple of blocks. The original row of merchants were along this creek. However, there was a huge flood and all the shops fell into the ditch. They were rebuilt a block away, making a shift in the main merchant area. 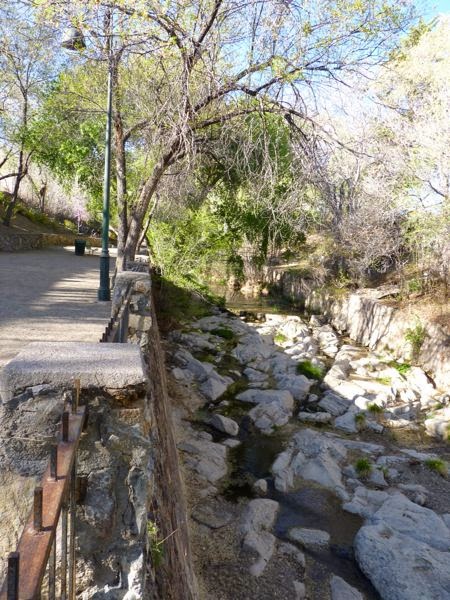 After a few hours, I got gas and groceries. And then, it was on to my next stop rolling north on US-180.