(Questa NM)
Near the town of Questa was Wild Rivers Recreation Area, part of the Río Grande del Norte National Monument. It features the confluence of the Río Grande and Red River gorges viewed from atop a mesa. 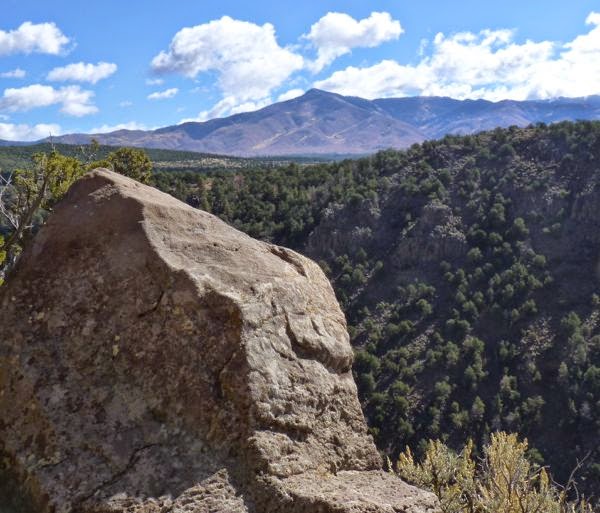 There were hiking trails along the gorges, and a couple went down to the rivers. I chose to camp along the Red River with a view of the gorge and the pretty Sangre de Cristo Mountains in the distance. 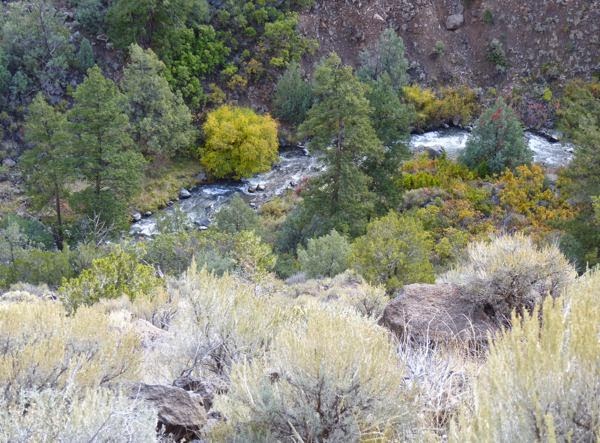 Going down the trail

My campsite was right next to the trailhead into the Red River gorge. It was an easy 3/4 mile one way hike, with many switchbacks descending about 600 ft to the river. Once down, a trail paralleled the river, where I saw a couple of fly-fishermen trying their luck. 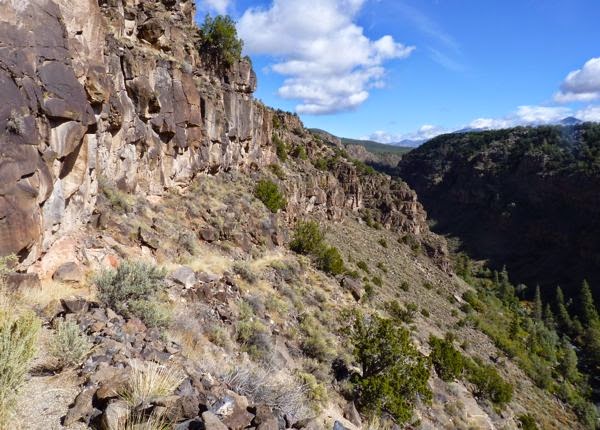 I spent some time walking along the river taking photos, and sitting on the rocks to enjoy the cascading water. It was cool down there near the water and under the trees. Then it was time to climb the trail back up. 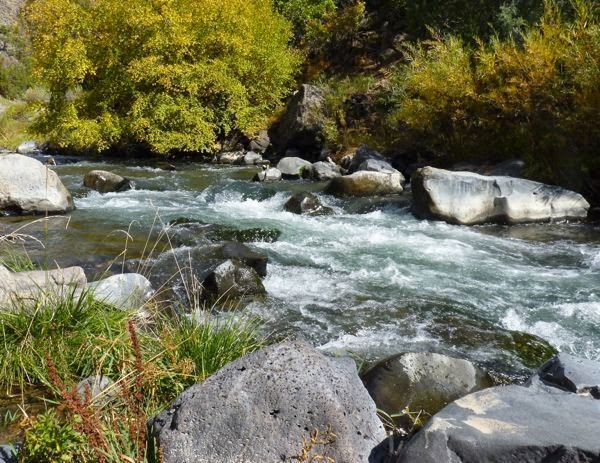 I went to several overlooks with views of the gorge, like Chawalauna, Bear Crossing and Chiflo. The trail into the hills that overlooked Questa was skipped on this trip. 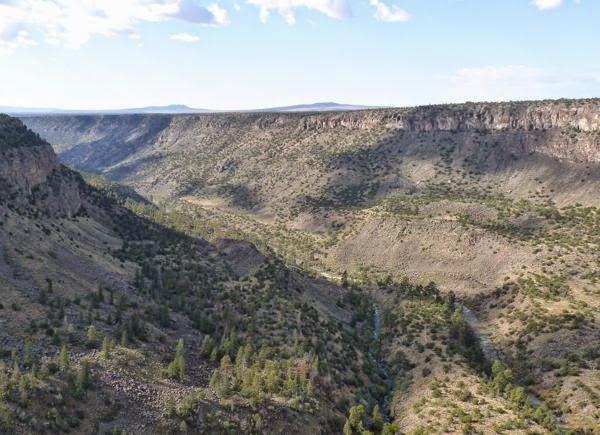 Confluence of rivers from the mesa

Seeing the rivers from way above was a much different experience than the lower gorge at the south end of the monument. The temps were pleasant, and few campers were there when I went in mid-October.