(Tumacácori AZ)
Misión de San José de Tumacácori was founded by Father Kino, a Jesuit priest, in 1691 along the Santa Cruz River to convert the Tohono O’odham natives. There was a museum, gift shop, and gardens built by the park service in the 1930s. 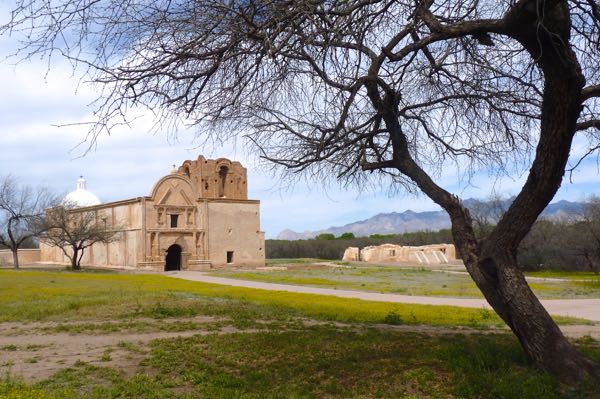 On the grounds was the main church, mortuary and cemetery, a structure for housing, and a re-created native home with ramada. The existing main church was begun in 1801 by the Franciscans, who had replaced the Jesuits; but, it was never completed. 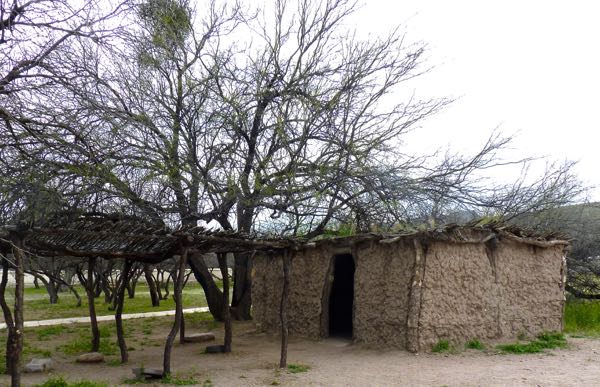 Due to increasing pressure from Apache raids, and the exit of many Spanish settlers, the mission was abandoned. The remaining settlers and natives moved up to the San Xavier Mission near Tucson, taking with them many of the religious statuary. 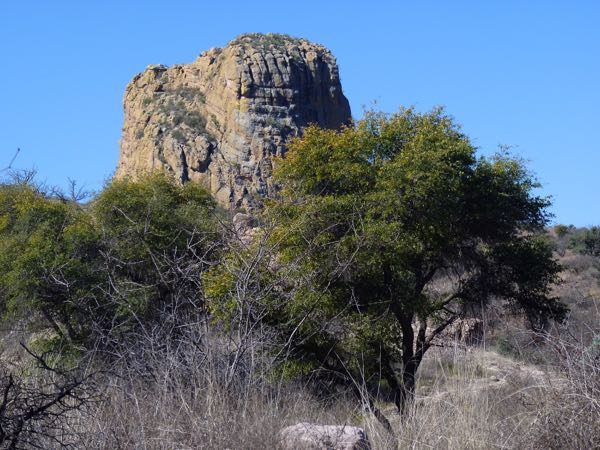 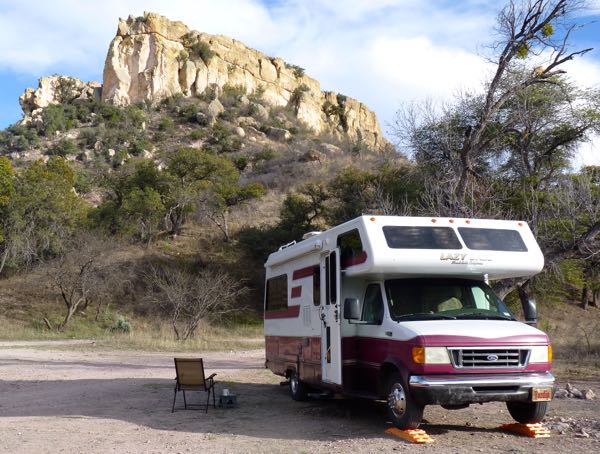 After the visit, I went up White Rock Canyon searching for a boondock camp. A very scenic spot was found with views of mountains, cliffs and large trees. The only thing it lacked was an internet signal. But, it was so nice I stayed a few days anyhow.