You are here: Home › Cabalgata Binacional
By Pleinguy on April 8, 2016 in SW, Travel

(Columbus NM)
Following the Raid Day memorial ceremonies, the festivities began with the Cabalgata Binacional. Horse riders, from around the region, meet-up with riders coming from within Mexico. The American riders meet those from Mexico at the border, and escort them the three miles into the town. 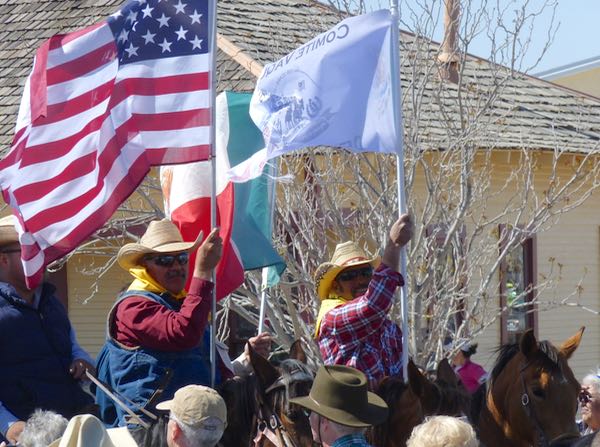 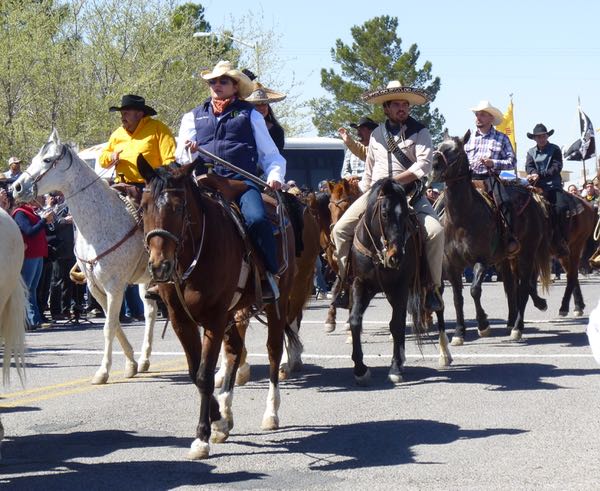 When they arrive, the riders are greeted by crowds, and joined by soldiers marching in formation, floats, a marching band, and dignitaries. Among them was the granddaughter of young Lt. George Patton who served with Gen. Pershing during the Punitive Expedition. This parade winds through town along streets where fighting occurred during the raid. 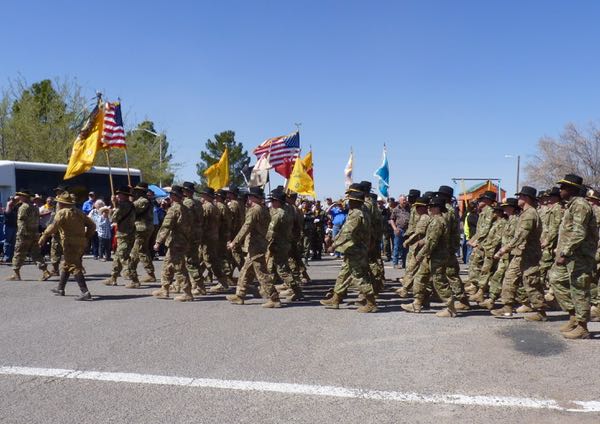 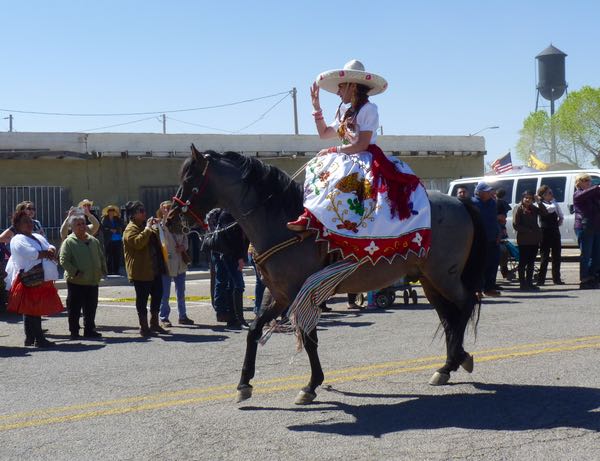 As the parade ends, people move to the town park where venders and crafters are set-up. Mexican Folkloric Dancers and a Mariachi band perform; and others play and sing. Everyone has a festive time, despite the sand blowing in the wind. Later, many speakers present topics related to the raid, the times, and theories about the causes. 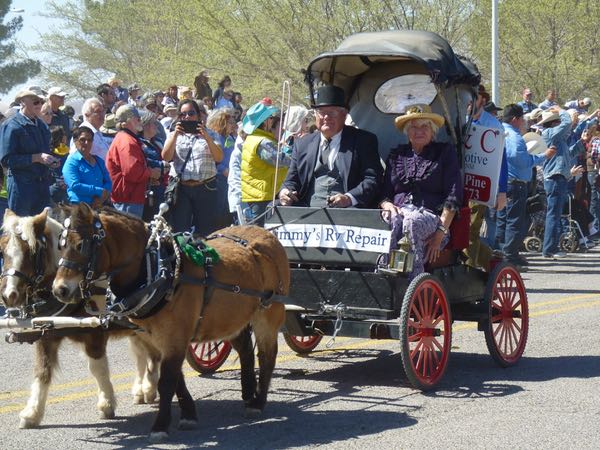 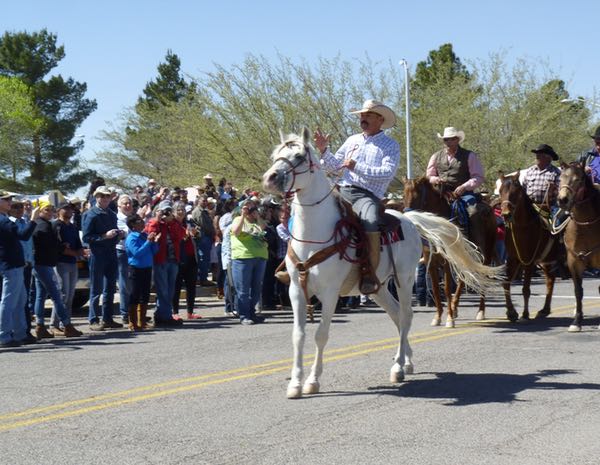 Afterward, I had lunch at a local café and then walked back to my rig. I felt fortunate to have been there during the centennial celebration. But, I’m still puzzled and a bit troubled by the incongruence. I suppose it is best that old wounds are healed by coming together to remember those who were caught up in the turmoil of the times. 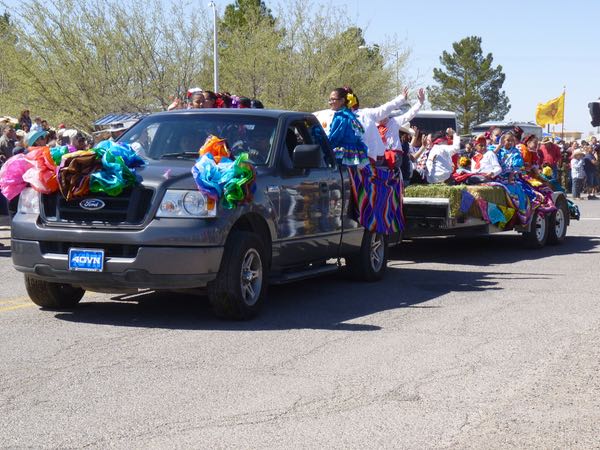 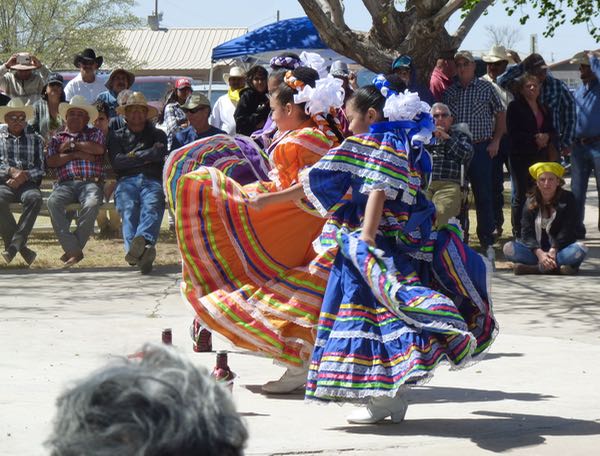