You are here: Home › Continental Lake
By Pleinguy on November 29, 2017 in SW, Travel

(nr Creede CO)
The road to my camp led beyond and to Continental Lake; I was curious. Turned out to be for fishing only, with no camping allowed. Located near the Continental Divide, at a high elevation, it was a pretty place. 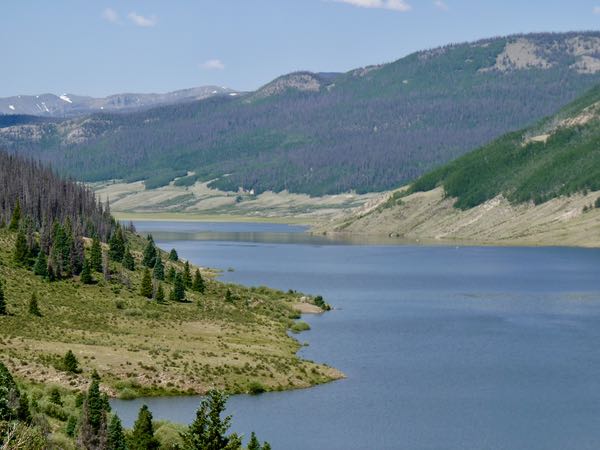 However, what got my attention were the interesting rock formations on the way. Totally unexpected to find those gems which were unlike other rocks in the general area. 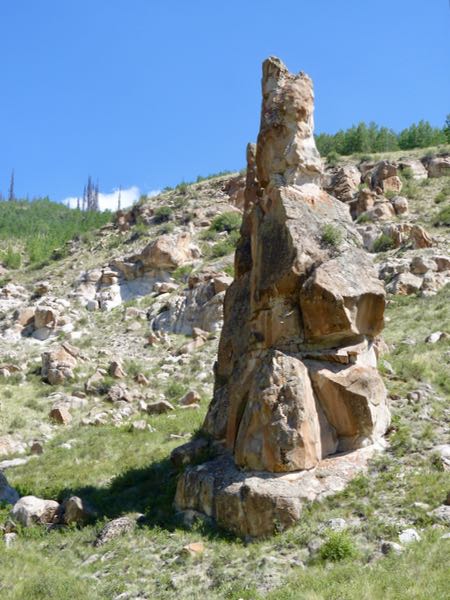 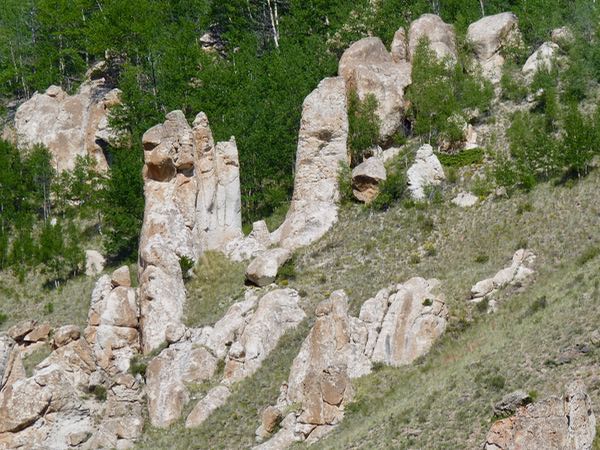 Also, saw a few boondock spots, along the way, off the road and near a creek. Made note for another time. Might be tough getting to some of them with my rig Tardis; but, I would try. 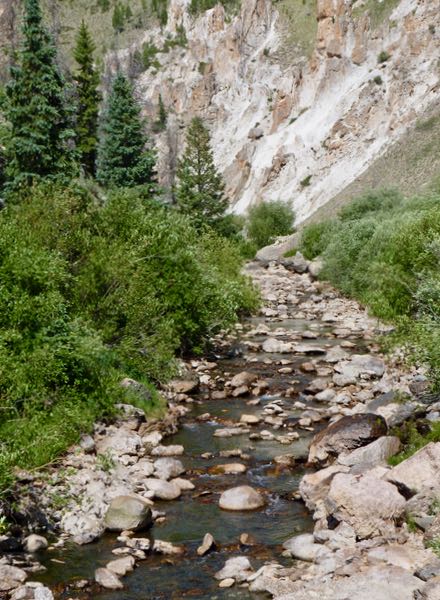 Creek near the Lake 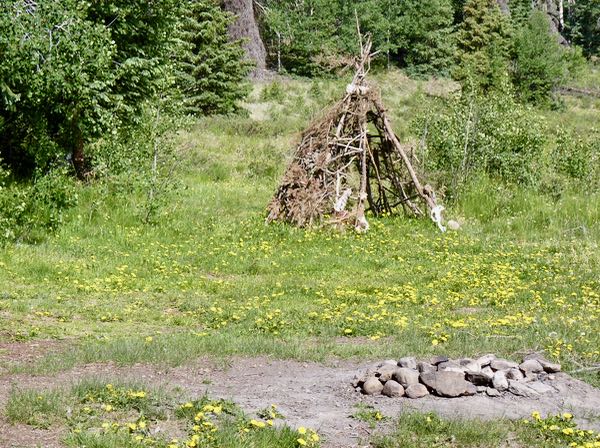 Hiked a spur road from my camp and found a couple of nice boondock spots at the end. Getting level could be a problem. Someone had built a wickiup at one of the sites. The Rito Hondo Lake camp had lots of space, and was very popular with fishermen.