Wandering around Northeastern New Mexico
For all the time I’ve spent exploring New Mexico, the northeast quadrant hasn’t gotten much attention. This spring I decided to check it out by visiting some state parks not yet camped. And, to see the sites in between them. 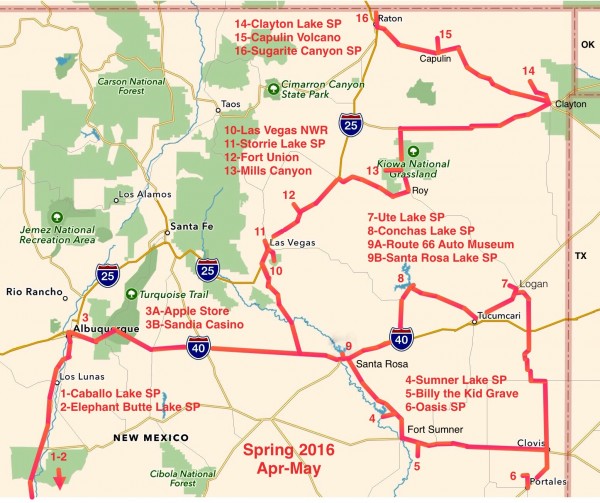 April started out by running up to the Apple Store in Albuquerque to pick-up my new iPad Pro 9.7. Then, I moved over to Sumner Lake SP to begin the spring trek. That was my second time camping there; and, I rather like it. On my way to the next camp, I stopped to see the gravesite of Billy the Kid. Oasis SP was a quiet, small park which turned out to be nicer than expected. The month ended at Ute Lake SP, a much larger place, where I camped in two different sections. 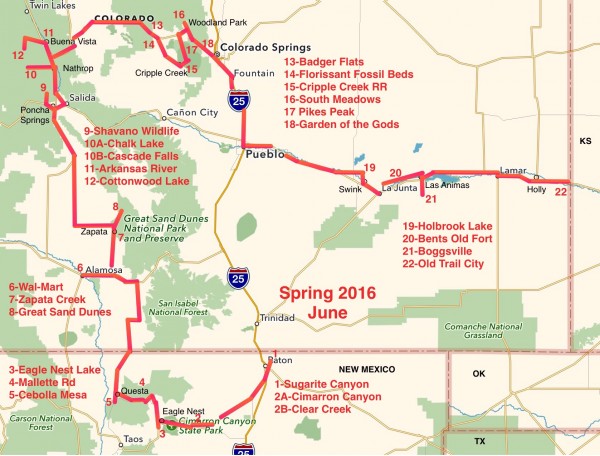 June found me in Cimarron Canyon, then through Eagle Nest and Red River to check out Cebolla Mesa. The rest of the month was exploring southeastern Colorado. A few well known places like Great Sand Dunes and Garden of the Gods; plus some unexpected gems like Chalk Lake and Bent’s Old Fort made for an interesting trip. At the end, I was headed easterly for the summer.