(Madison IN)
After spending another week of visiting friends and family in Ohio and Indiana, I decided to hit the road again. My friend in Dayton had taken me to Yellow Springs OH, which is a cute artsy village. It reminded me that my next stop in Indiana would offer the chance to see another art town I had read about. As it turned out, there are three places noted for their arts community. Each in a different area of the state; so, I had to choose based on the route I took. 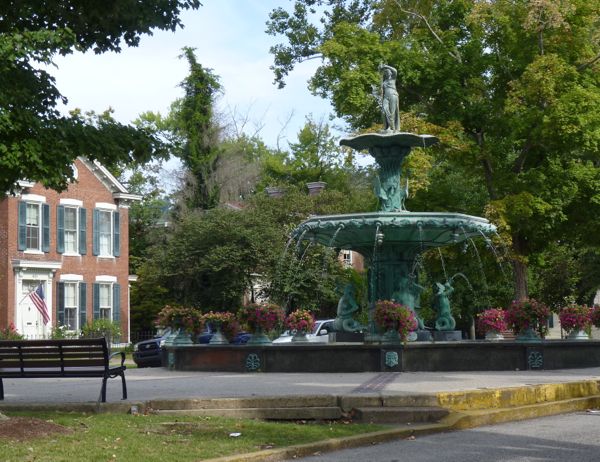 Fountain in Madison IN

Southward I went through cornfields and hills, and finally landed at Clifty Falls State Park outside of Madison. There are four waterfalls in the park, but unfortunately none were flowing; so no pix taken. Instead, the fountain in downtown played the part admirably. 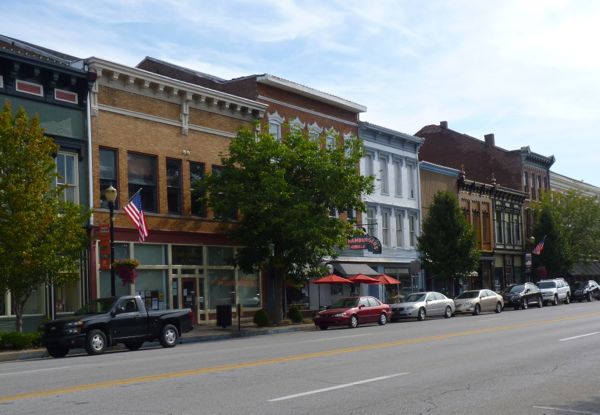 Downtown is like turn-of-the-century Main Street in mid-America. Lined with street lamps, decorative trees and flower boxes, it invited you into the shops and art galleries. Very clean, and well laid out with plenty of parking. I missed the Labor Day festivities and art show, but there was a farm produce stand right off of Main St. 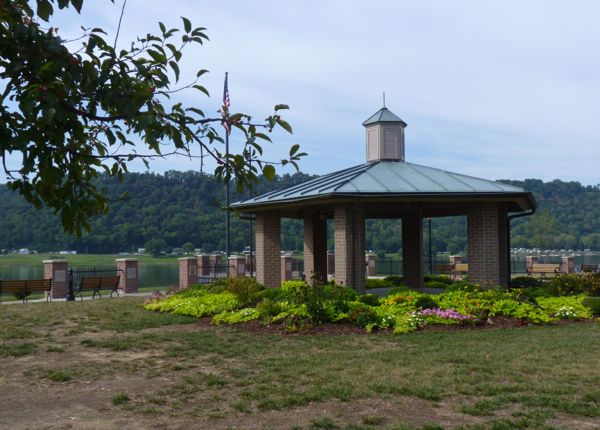 Gazebo by the Ohio River

There were neatly groomed parks every few blocks, and a pretty landscaped waterfront promenade with benches to rest along the way. A marina and floating restaurant on the river completed the scene. 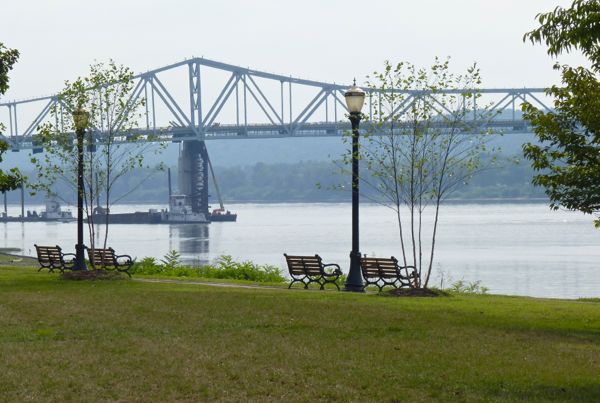 Bridge over the Ohio River

Madison sets on the banks of the Ohio River and is referred to as the Queen of villages along the river. I can see why it got the title! It was a very pleasant place to visit, and I wished I had more time to explore. The bridge crosses the river into Milton Kentucky, which I took to continue my trek.

Leave a Reply to RiverCat Click here to cancel reply.