You are here: Home › Chores
By Pleinguy on February 3, 2014 in Lifestyle

(Deming NM)
I spent the last several days dry camping in a really nifty location. A post about that will come later. Thought I’d touch bases, because I moved to another camp; just a layover while going to somewhere else. 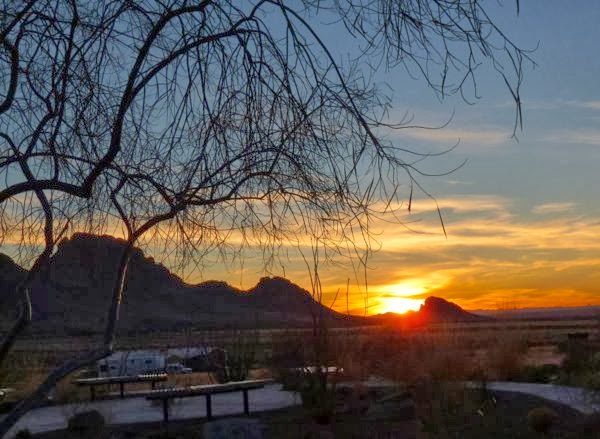 On the way, I stopped to do chores like laundry. And, to find a place to charge my laptop and other devices. Plus, I needed 120V to print a PDF file from my computer. Why you ask? Because the small portable MSW inverter I had died. Therefore, my e-tools were depleted after four days of being off grid.

To solve that issue, I chose to camp for one night at a site with electric power. An additional advantage was I got to have use of the electric space heater for a night that was supposed to go down into the 20s. And, I was able to catch up on my end of month bookkeeping too. I considered other places, but chose one I’d been to before.

Weather conditions will play a part in where I go next. I have some things I want to do, and some ideas about where to head, but I really haven’t yet decided. Stay tuned!