(Carrizozo NM)
Valley of Fires is about four miles west of town on US-380. About 1700 years ago, molten lava began spewing up out of the ground, and continued for 30 years. It flowed southward into the Tularosa Basin eventually spreading 5 miles wide and 40 miles long. A native legend says the area burned all the time, hence the name. 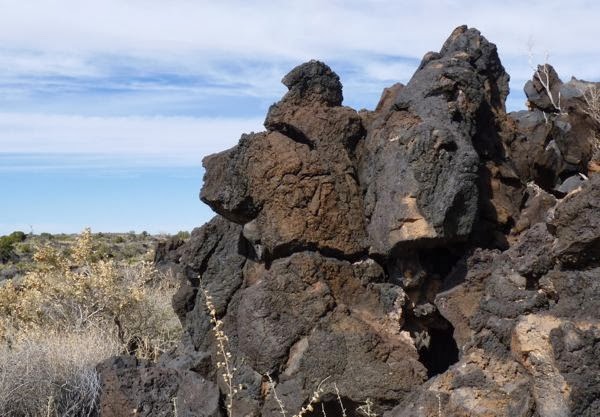 Lava at Valley of Fires

Today, there is a BLM campground on a ridge of land that did not get covered by the lava. It’s a nice park overlooking the lava flow. There’s a visitor center and gift shop, a hilltop observation point, and a paved 3/4 mile loop trail that goes out onto the lava bed. Interpretive signs appear every so often to explain the geology or feature at that point. 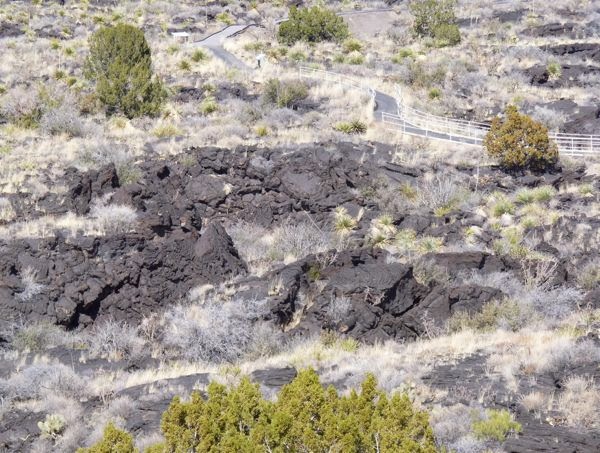 Trail onto the lava beds 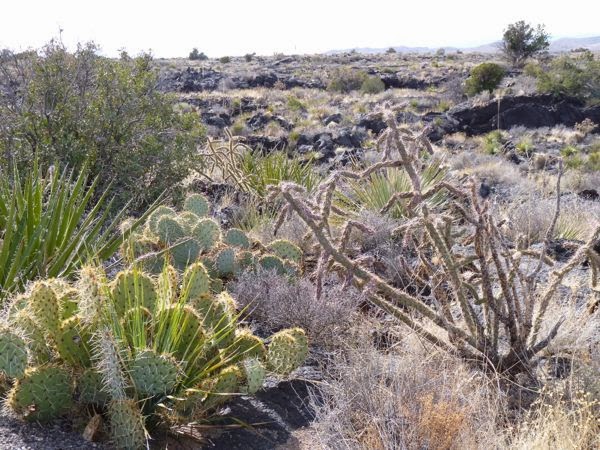 Various plants thrive on the lava

Wind blown sand and rain settles into the crevices, creating an environment that supports vegetation and wildlife better than the surrounding desert. Mule deer, coyotes, bobcat, Barbary sheep, owls, eagles, vultures, grasses, sotol, cholla, and juniper are examples. Some species have become darker to blend in with the black rocks. I didn’t see any critters while there though. 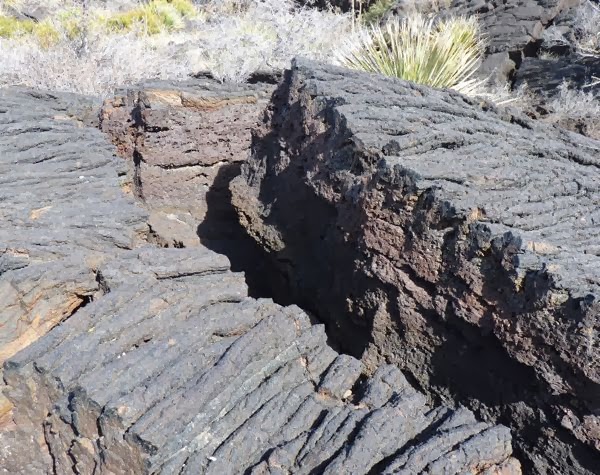 Rope lava off the trail 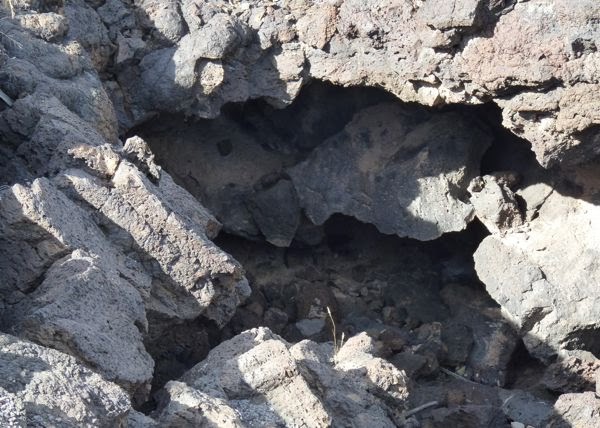 Cavern in the lava

There were plenty of the usual desert plants, as well as trees, like the four hundred year old Juniper tree. At one spot, they let you walk out onto the lava. Care must be taken to avoid falling into one of the caverns. 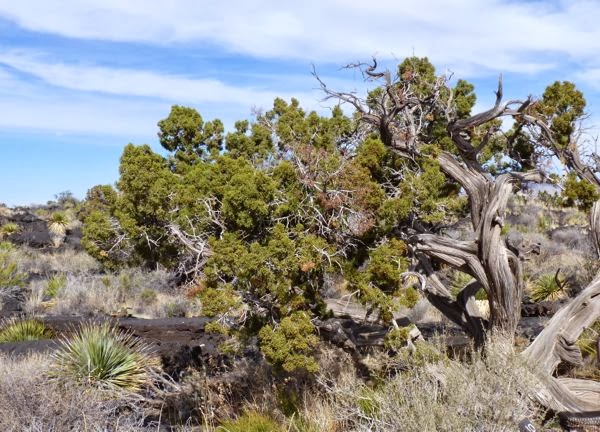 I stayed for two nights in a site overlooking the lava flow. Actually, I think it can be seen from all of the sites. A camper I met at Oliver Lee was there also. My plans called for meeting an RV friend in the next town for lunch. So, I headed out after a short visit.