(White Sands NM)
In the middle of the Tularosa Basin, about half way between Las Cruces and Alamogordo NM, lies 275 square miles of gypsum sand dunes. It’s the largest such dune field in the world and has been set aside as White Sands National Monument. 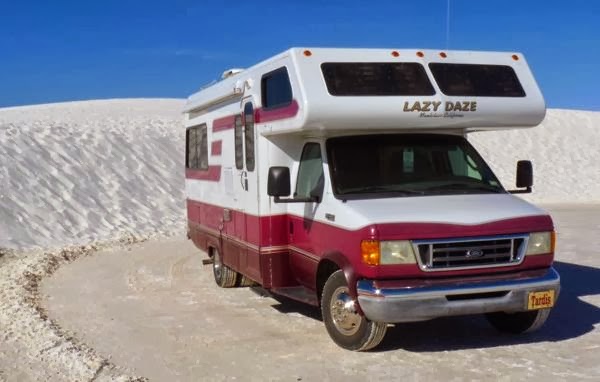 The huge dunes are constantly growing and shifting, as much as 30 feet per year. The composition of the sand prevents a build up of heat. So, it was rather cool when I was there during mid-morning. BTW, the dune behind Tardis was actually much taller than the rig, and small compared to others in the park. 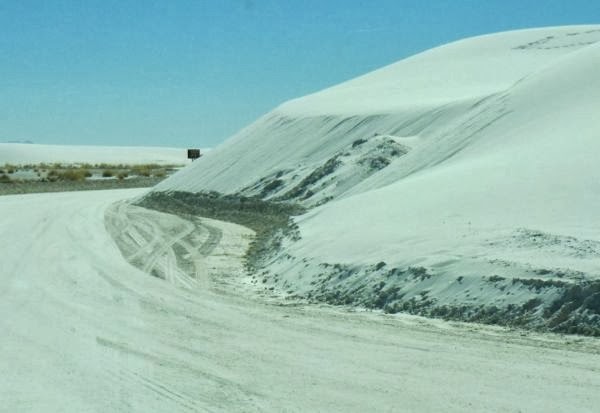 Roadway through the dunes

I drove the 16 mile round trip, half of which is paved, to explore the glistening white mounds. The non-paved portion is hard packed gypsum sand, like what you find in sheetrock. It’s a bit odd when the road and the surrounding landscape is all white. Kind of like driving through snowdrifts, but without the slippery. 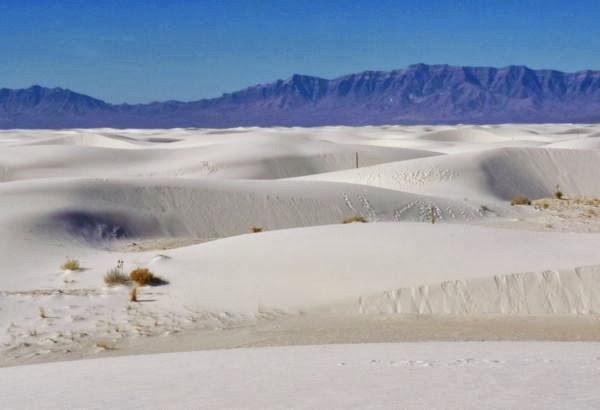 You might think the area lifeless. But, there are many critters and plants that survive there. Fox, coyotes, lizards, snakes, moths, rabbits, beetles and birds; yucca, verbana and others live there. Most have adapted to be lighter in color to improve their survival rate. Below the surface is a pool of water that stabilizes the dunes, and provides moisture for the habitat. 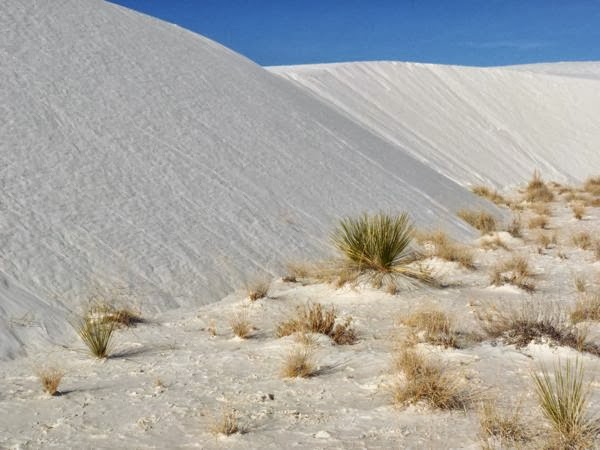 I took a short hike out onto the dunes at the Back Country Camping Trail. Every so often a pole would be sticking up out of the sand to indicate where to go next. Otherwise, it would be way too easy to get disoriented. I didn’t venture too far. 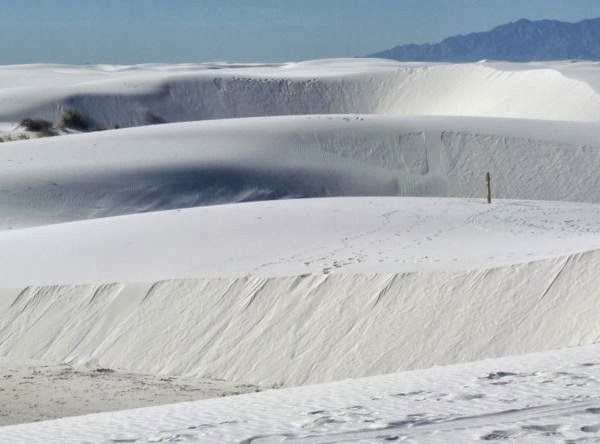 It was a short visit, as I was on my way to the next camp and adventure. Along the way, I resupplied the cupboard and filled up on propane. The next few days would be dry camping, so I wanted to be prepared.