(nr Overton NV)
At the north end of Lake Mead is Nevada’s first state park, Valley of Fire. Paved roads take you through a variety of red rock formations. The Visitor Center had displays, restrooms, water and a map to the sites. 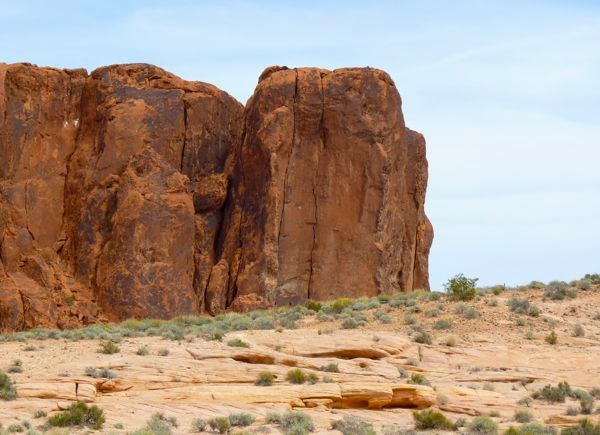 There is parking at each vista, and most have a trail to hike. I only took two trails. Rainbow Vista went along a sandy path toward Fire Canyon. Part of the way in, I found a mini-arch, and some wildflowers. 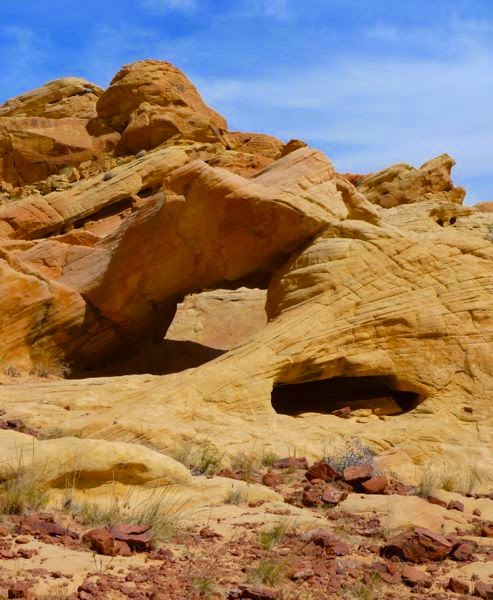 White Domes are sandstone forms. I stopped at an overlook before the actual site, and found a trail not listed in the brochure. It takes you to a field of striated multicolored rock called the Fire Wave. I later learned there was another way to it via a slot canyon. 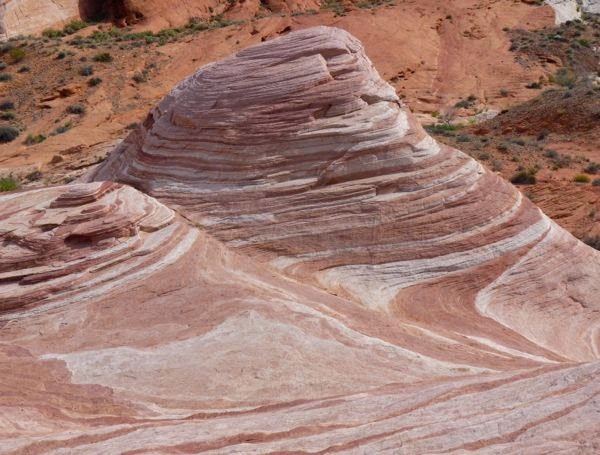 On the way out I stopped at Seven Sisters; several tall rock formations with a picnic area amongst them. It appeared to be a popular spot. 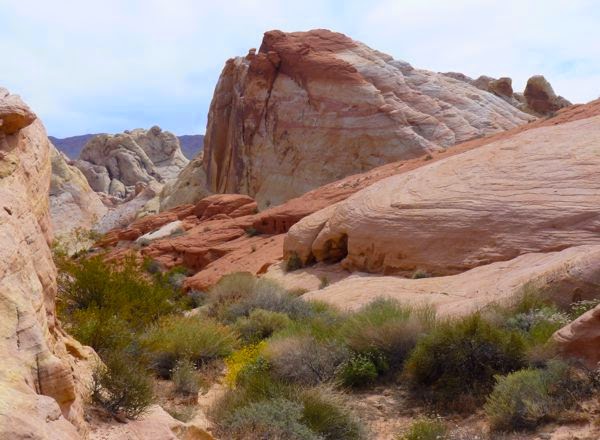 There is a campground in the park, but I chose to boondock two nights for free at Stewarts Point overlooking Lake Mead. The road going in is not nice, but taking it slow any size rig can make it. Found a nice spot on a ridge overlooking the lake.

PS: Yesterday, was the one year anniversary of my traveling on the road. Posts of the adventure are way behind my actual location. They should catch up eventually and become current. I’m now along the Oregon coast enjoying it’s many splendors. The plan is to spend the summer exploring the northwest.

8 Responses to Valley of Fire