(Springdale UT)
I entered Zion National Park from the east going through the tunnel for a $15 fee. It was the shortest route, and had fantastic views with turn-outs along the way for taking photos. 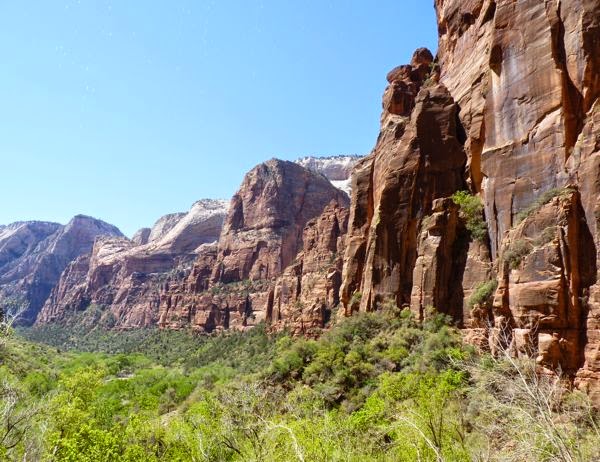 Straight to the Visitor Center I went, to get a parking spot, and to decide what to see. A trolley takes you up Zion Canyon to most all the sites and trails. They arrive about every 15 minutes, so you can get on and off whenever you want. 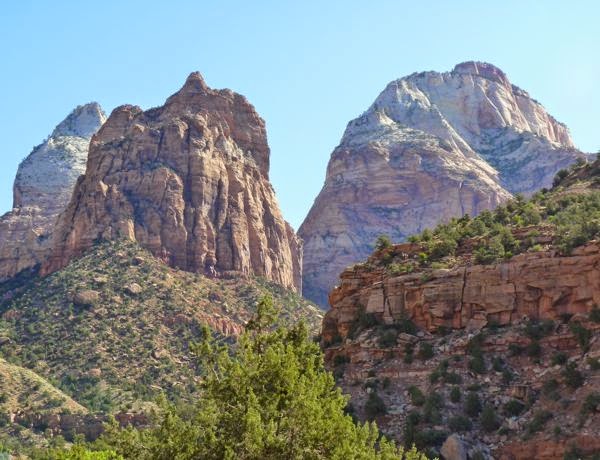 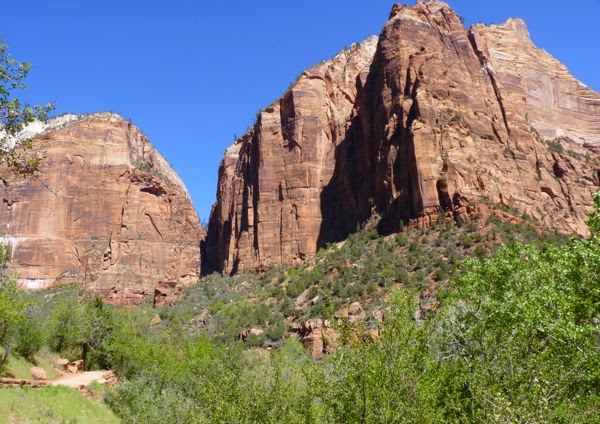 Thought of hiking to Angels Landing, but realized it would likely be too much for me. Besides, I prefer seeing the features from below rather than above. The alternatives were very nice too. 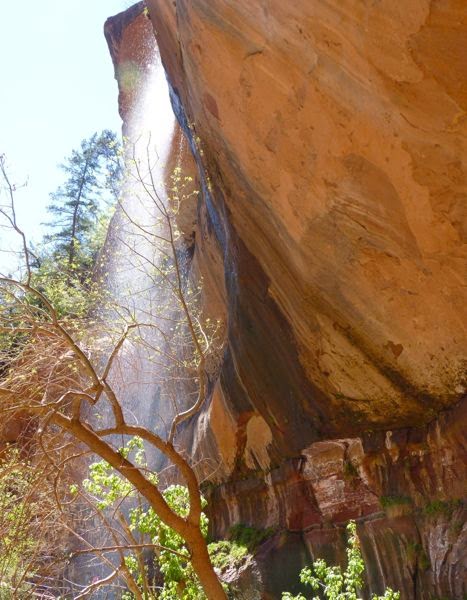 Waterfall on trail to Emerald Pools

Instead, I hiked the trail to the Emerald Pools and on through to The Grotto. Also, went up to the Weeping Rock, and took the Riverside Walk up to the point where you must enter the Virgin River to continue. 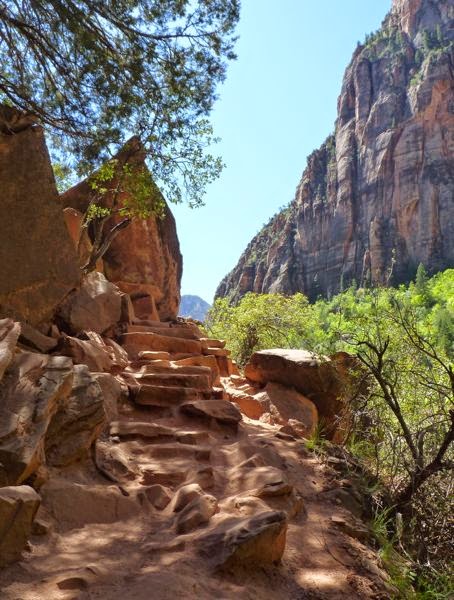 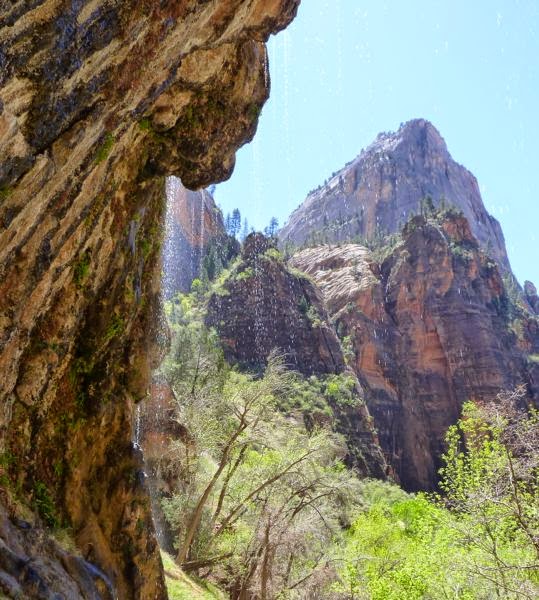 There were hoards of people everywhere including in the river. Getting photos without people in them was not easy. Many were not even observing the spectacular scenery. I learned it was Spring Break for schools in Utah and California which accounted for the masses. It was depressing, so I decided to leave instead of spend another day. 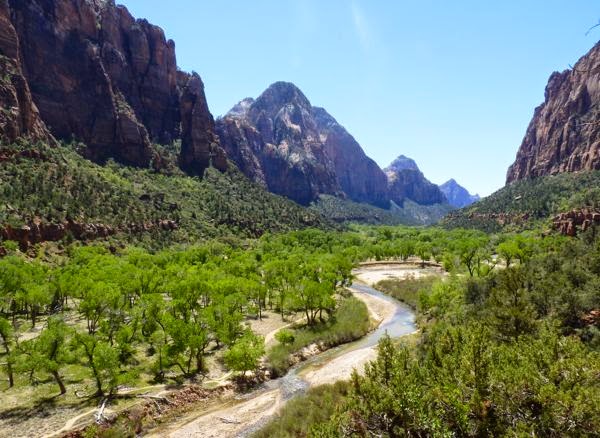 Words, and even photos, cannot describe the magnificent views within the canyon. I resolved to return another time, during the off season, when I might enjoy it more. Boondock camping overnight for free on BLM land near the Virgin River. 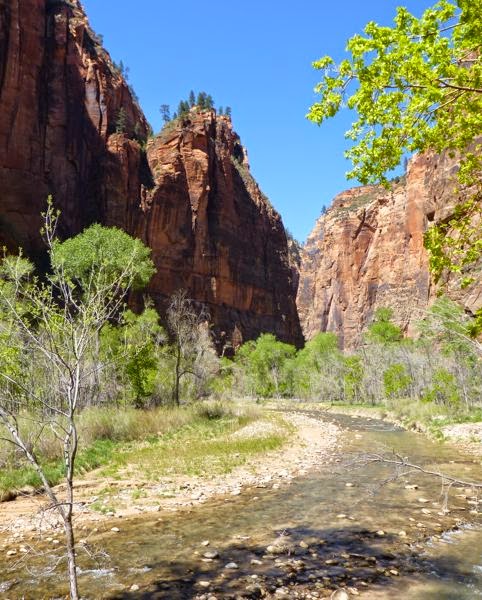 PS: It turned out that I had a tire leaking, so it is probably good that I left early. I was able to get it fixed in the next town.