A visit to Oregon would not be complete without seeing the Pacific Coast. Several days along Hwy-101 rewarded me with a variety of marvelous sights.

(Dunes City OR)
My first stop was at the Oregon Dunes National Recreation Area south of Florence. While there, I hiked the Waxmyrtle trail, along the Siltcoos River, out to the shore. 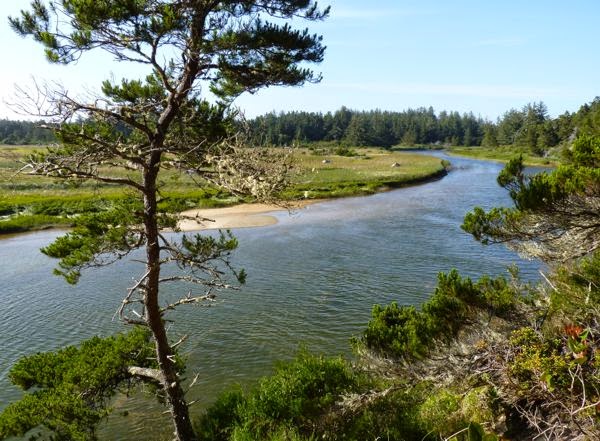 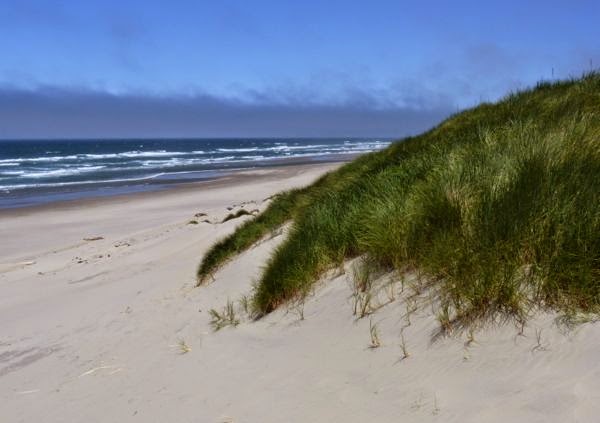 Stayed a couple of nights at the Waxmyrtle Campground, in the dunes, and then visited Siltcoos Beach on my way out. It was very windy on both days, but still invigorating.

(Florence OR)
Drove out to see the South and North Jetties where the Siuslaw River empties into the Pacific Ocean. The strong wind kept me from lingering for too long by the jetties. 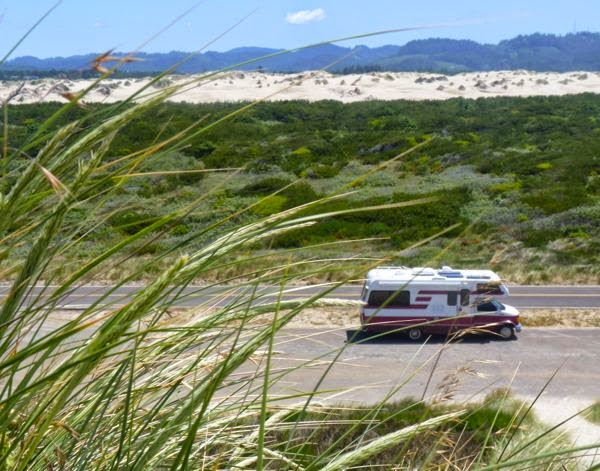 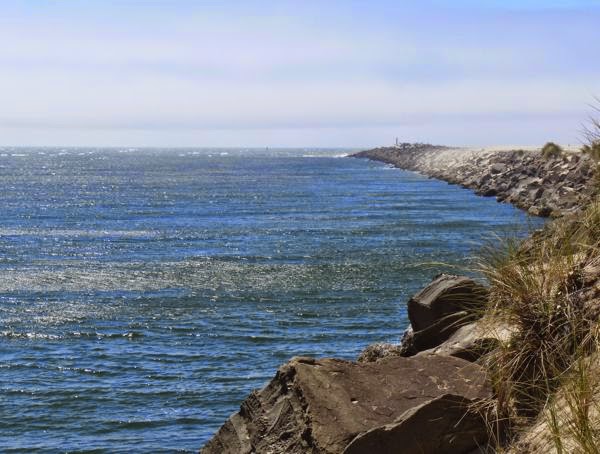 Afterward, ate a fish sandwich for lunch at Bridgewater Fishhouse on the waterfront. And then, continued north on US-101, along the coast, past Heceta Beach.

(nr Heceta Beach OR)
Stopped at a pull-out to photograph the sea lions on the rocks below. There is a tourist shop with an elevator down to the Sea Lion Caves for a fee. But, why bother when I had a zoom lens. 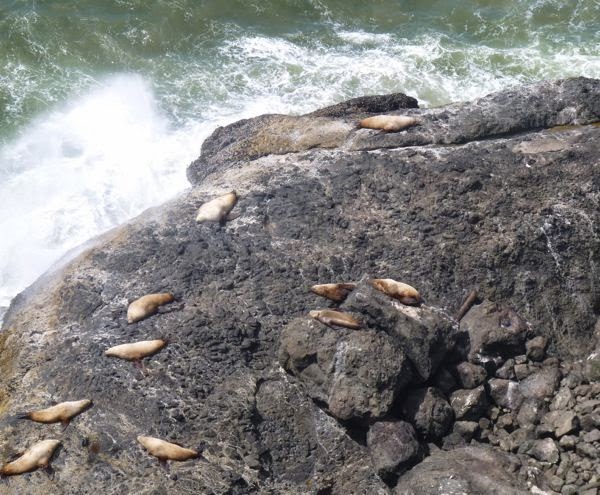 Sea Lions on the Rocks 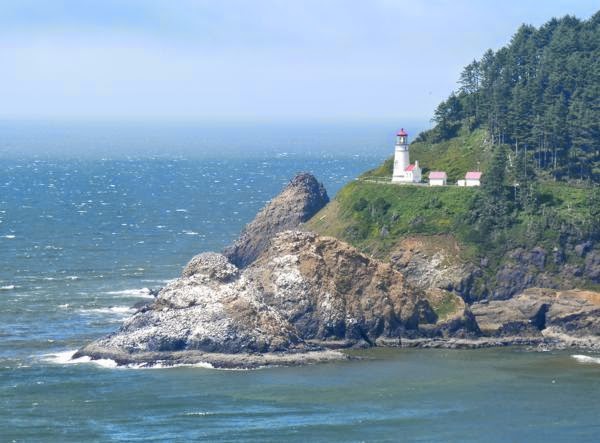 Shortly after that, I pulled into a viewpoint parking area to get a photo of the Heceta Head Lighthouse. Getting to the lighthouse was a bit difficult, and it was still pretty windy and misty; so, I hurried to find a campsite for that night.

Lucky for me it was free camping day at Washburne Memorial State Park with electric and water. There were some bluegrass musicians jamming, near the Camp Host, so I sat to listen for awhile. 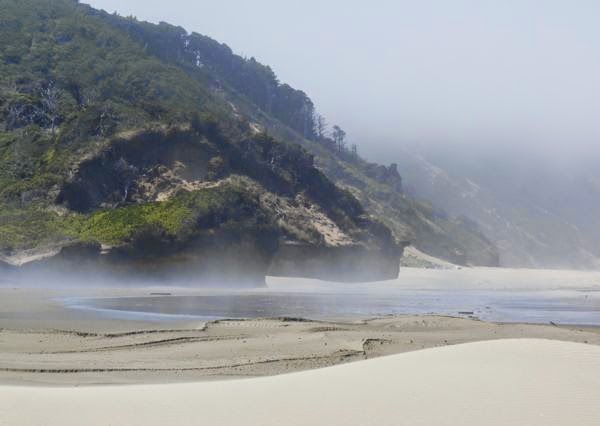 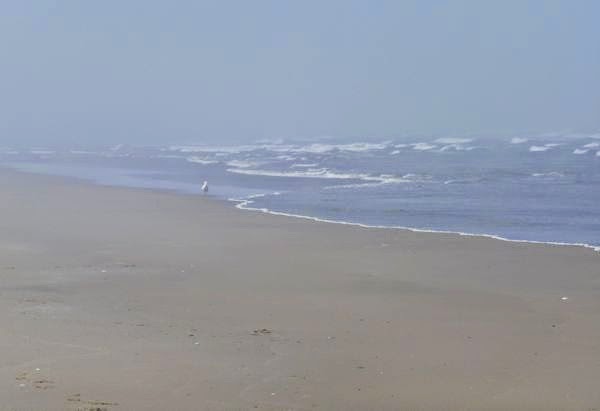 Washburn Beach in the Mist

The next morning, I hiked a trail that lead to Washburne Beach. A leisurely walk in the cool and foggy air was invigorating. I strolled, for a mile all alone, listening to the surf wash ashore.

(nr Yachats OR)
Northward I went, stopping at Tokatee Klootchman and then Cook’s Chasm where the surf rushes into a slot that will spout water high up into the air, through a blow hole, under the right conditions; but, not that day. 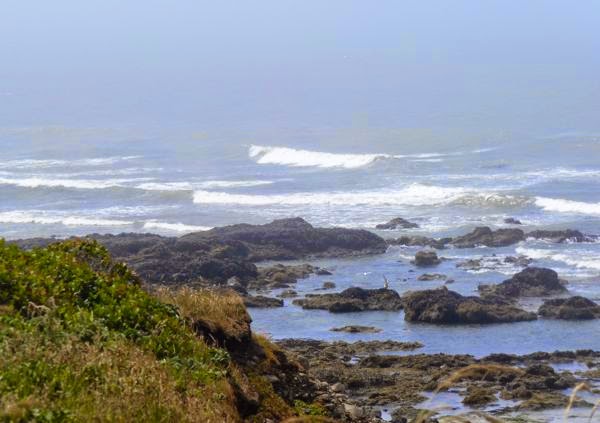 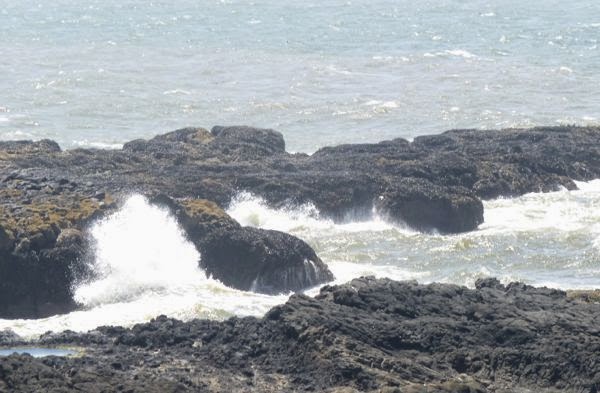 Pulled into Bob Creek to photograph the surf splashing against the rocks; and stayed to eat a sandwich. Passed by Strawberry Hill, and pulled in at Cape Perpetia Campground in the Suislaw National Forest; my site backed up to Cape Creek.

A hike into the forest took me to see one of Oregon’s heritage trees. A 550 year old, 225 ft tall, 40 feet circumference Sitka spruce. How do you photograph that standing 10 feet from it’s massive trunk? 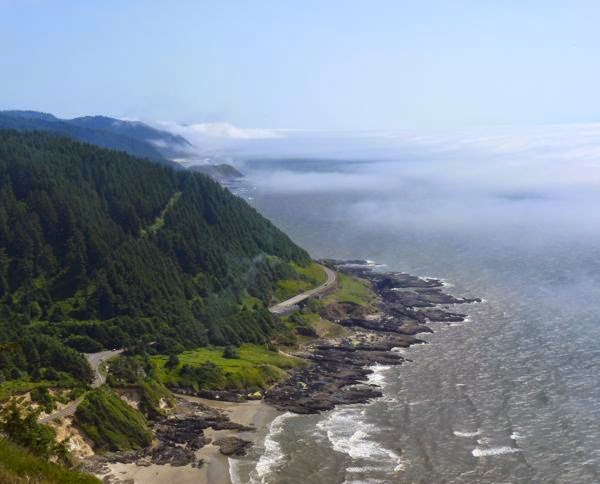 Strawberry Hill from atop Cape Perpetua 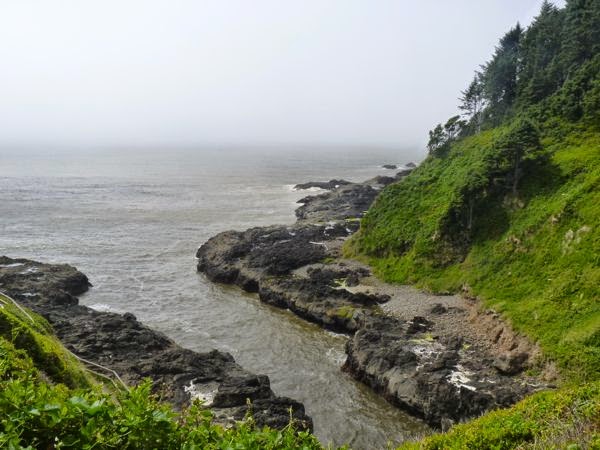 The next morning it was a hike to the top of Cape Perpetua with an expansive view of the coastline. And then, a stop at Devil’s Churn to see another slot like Cook’s Chasm. But alas, no water spout there either. A ranger told me that high tide, in the winter, is the best time to see it.

(Seal Rock OR)
North of Waldport, I stopped to see Driftwood Beach which had no driftwood; darn. Then, a viewpoint next to Seal Rock, a huge, domed rock where seals presumably congregate; but, I saw none there. Nice view of the surf crashing onto the rocks though. 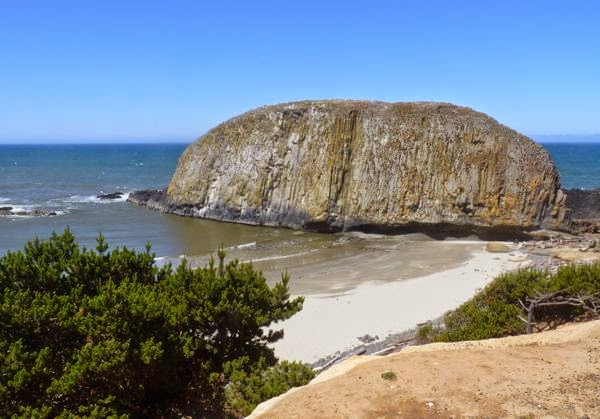 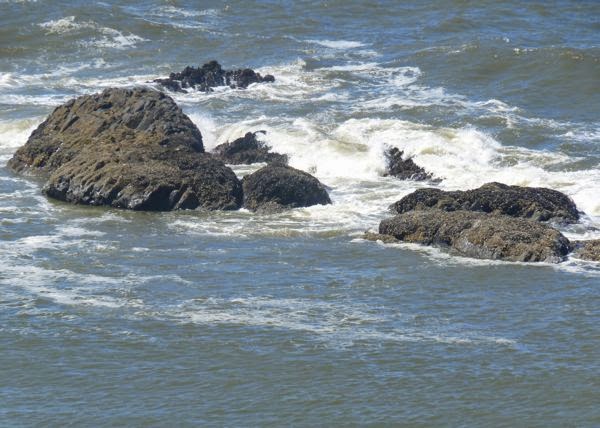 (Agate Beach OR)
In Newport, I stopped at Flashbacks Grill, with 50s and 60s decor and menu. Yummy! Went a little bit north for a visit to the Yaquina Head Lighthouse, Oregon’s tallest, which was possibly the most picturesque site. 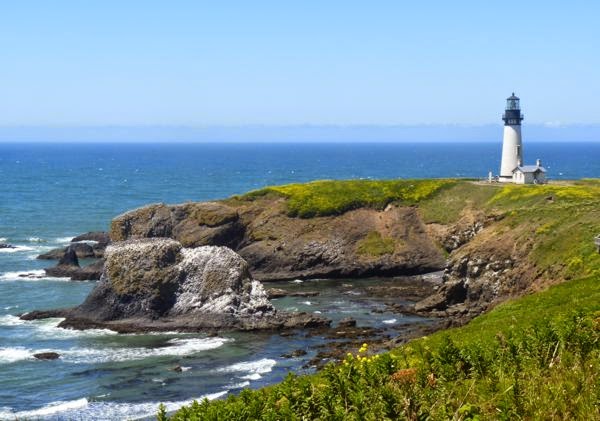 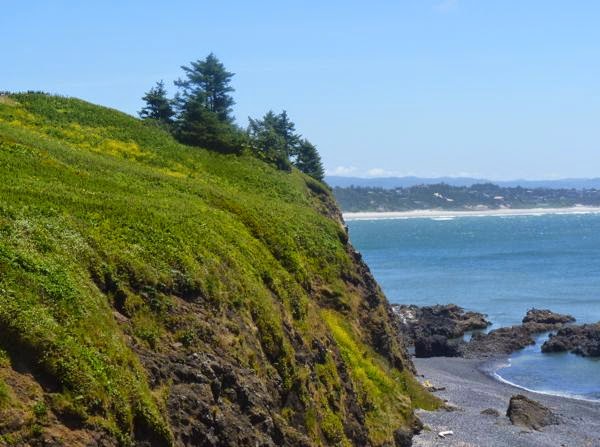 Saw several whales off the coast from there. Of course, by the time I figured out how to photograph them, they had moved further out. Try catching them when you’re not sure where they will surface next, hah!

(Otter Rock OR)
Next viewpoint was at Devil’s Punchbowl. It’s a big rock with a hole you can look into and watch the surf crash inside. Again, wrong timing to get a dramatic shot of the action. But, there was a really nice view of the beach and rocks below. 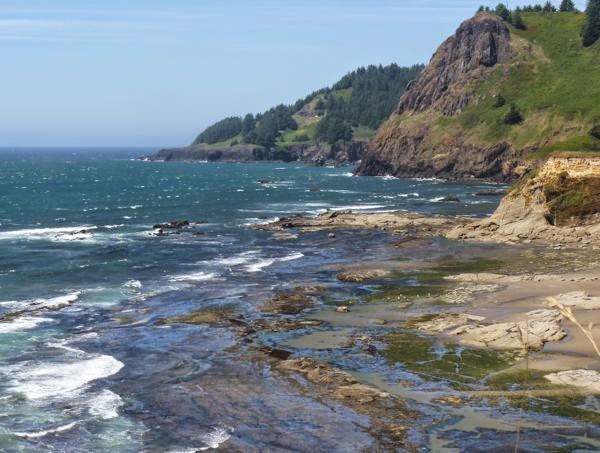 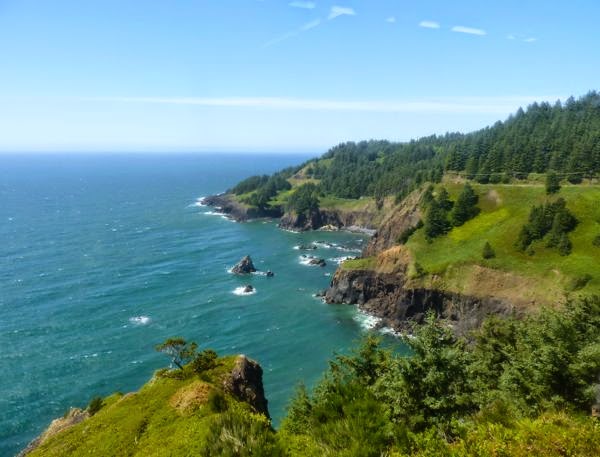 My furthest point north was at Cape Foulweather. So named by Captain Cook when he visited during a storm. It was really very pretty there, with great views up and down the coast. Stayed at Tillicum Beach Campground-Suislaw National Forest for my last camp on the coast.