(nr Clear Lake OR)
The McKenzie River flows from out of Clear Lake, and shortly produces two magnificent waterfalls, Sahalie and Koosah. And, they are within a mile of each other; two in one stop is hard to beat. 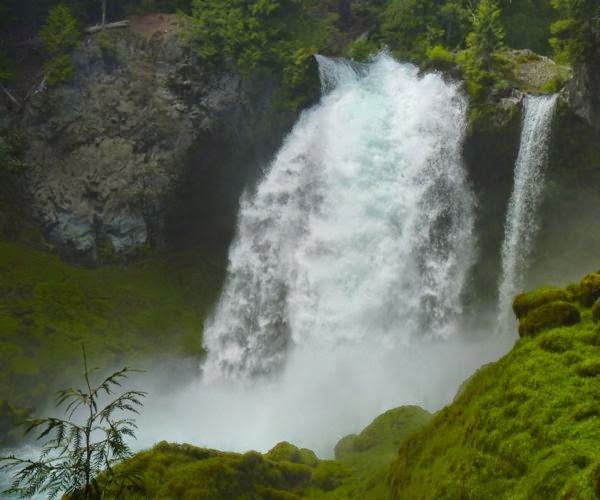 Sahalie Falls tumbles 100ft creating a tumult at the base and a lot of spray; you will likely get wet if you stand still for long. It is terrific! And then, the McKenzie goes roaring down stream in multiple cascades. 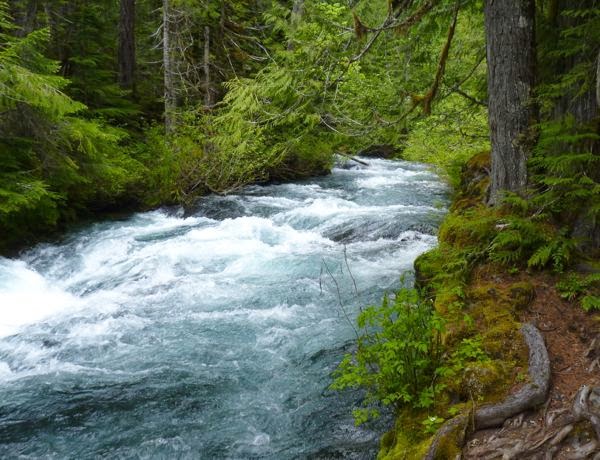 A trail through the forest, that parallels the river, took me between the two falls. Following the raging river along the way, there was another unnamed small fall before reaching the second large waterfall. 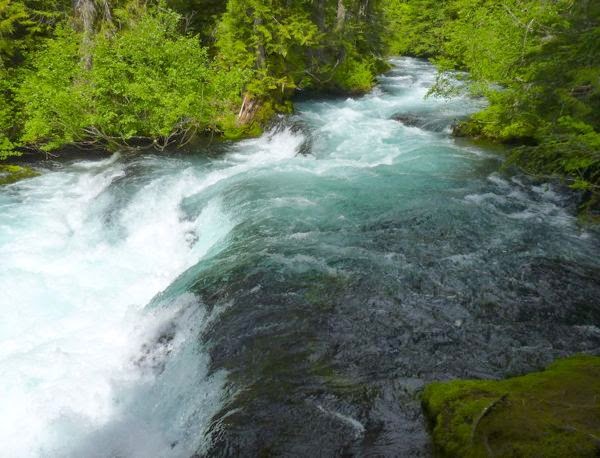 Koosah Falls has a 64ft drop, but is no less impressive. It has a second lower viewing area which provides for a good shot; which is why it seems taller in the photos. With Sahalie, you can’t clearly see the bottom due to the clouds of spray at the base. 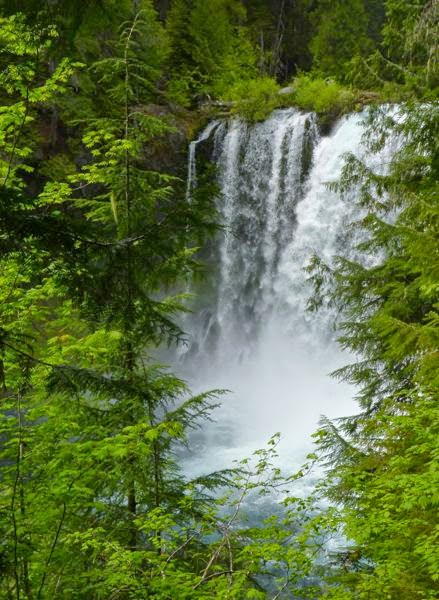 I dry camped at Ice Cap CG, which is adjacent to the parking area for Koosah Falls. The sounds of the river lulled me to sleep. It was rainy one of the two days there. Then, I moved down river and found a boondocking spot in the forest for a few more days.