(Chama NM)
Visited Chama mainly to see the Cumbres & Toltec Railroad. It was raining, so I didn’t stay for long. Just enough to get a couple of photos. 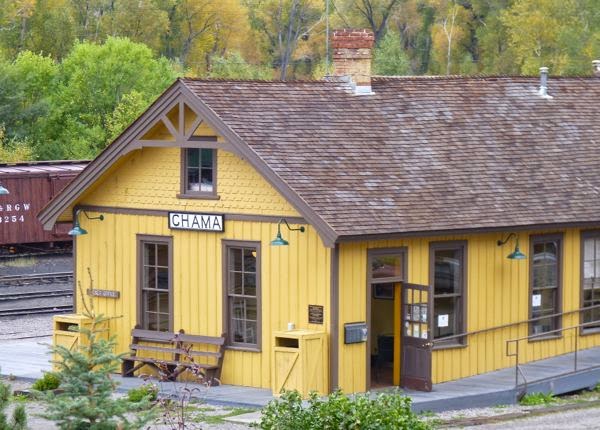 The train was originally used to haul ore from the mines in southern Colorado. But, now it takes tourists on that route. It has narrow gage track and uses steam engines. 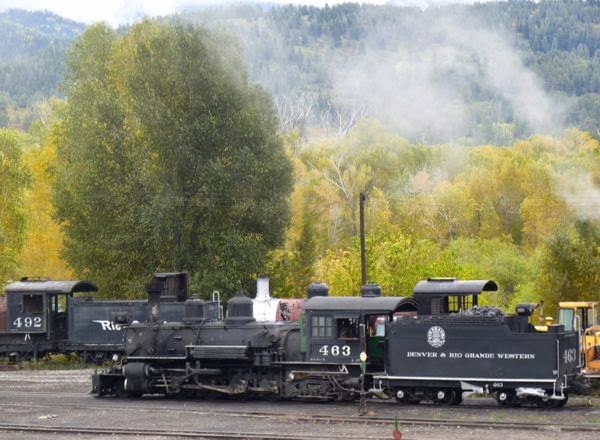 I walked around the old town area a bit, and saw a few shops and cafés, and a historic hotel with saloon. There was a park, and some other things to see. I’m sure it would have been enjoyable on a sunny day. 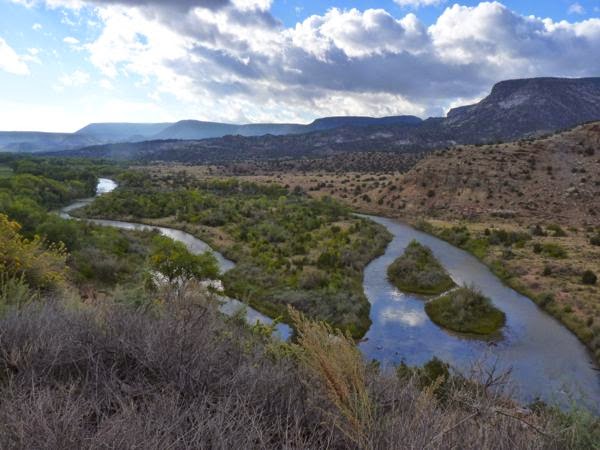 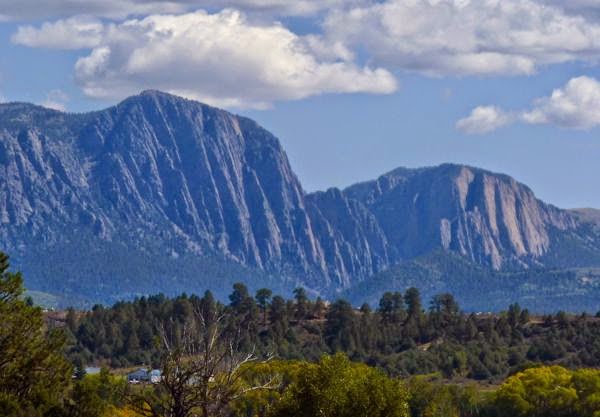 Got caught up with email, and did some internet work. Then headed out to find a campsite. Near Los Ojos, I settled into a spot at Heron Lake State Park. My site overlooked the lake with an island, and a mesa in the distance. 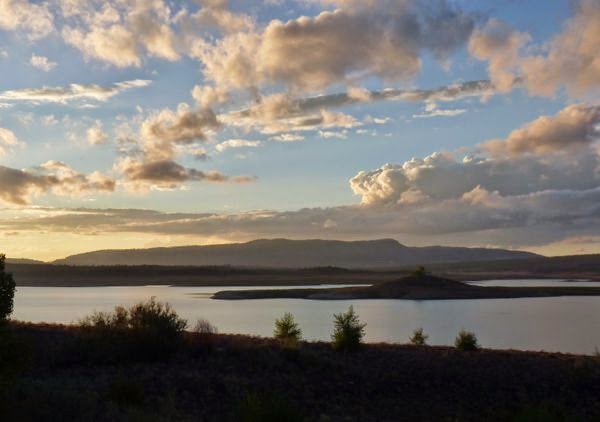 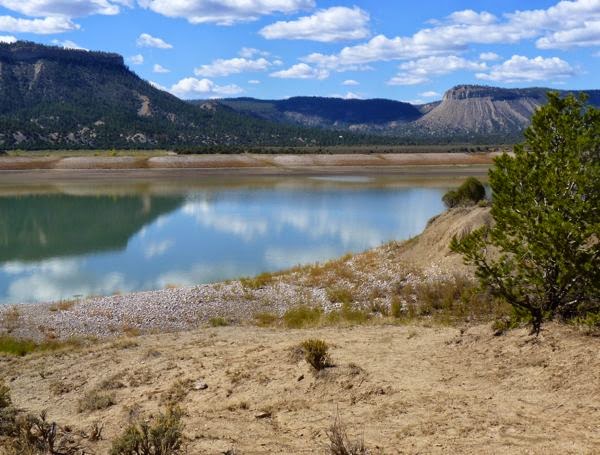 After a couple of days, I moved down to nearby El Vado Lake State Park. These were nice camps with picnic table, fire-ring, grill, and restrooms. Since I have solar, I chose non-electric sites. With my New Mexico Annual Camping Pass, they were free.