(Tucson AZ)
A visit to Saguaro National Park East – Rincon Mountain District on the eastern outskirts of Tucson was eagerly anticipated. The small visitor center had a film about the history of the area and the park. A ranger also gave a talk about the early native inhabitants, and how they used the saguaro cactus in their lives. 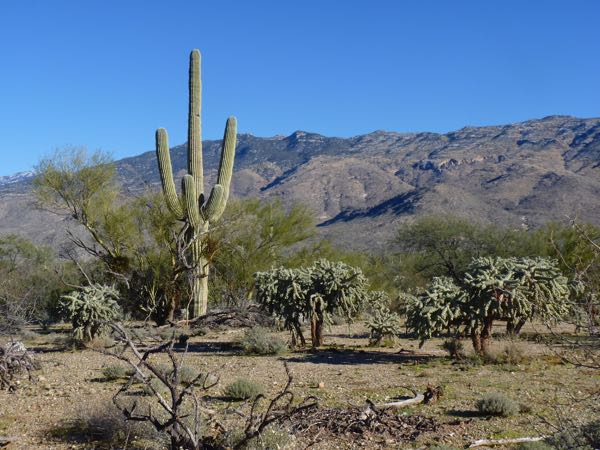 I walked the small garden of native plants outside, and then drove Cactus Forest Drive, an 8 mile one-way paved loop road through a saguaro forest in the foothills of the Rincon Mountains. Lots of cacti of several varieties, and several trails go out into the hills. I did just a short loop walk. 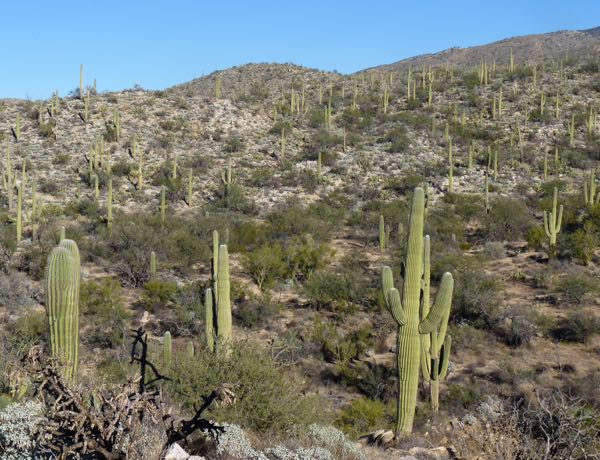 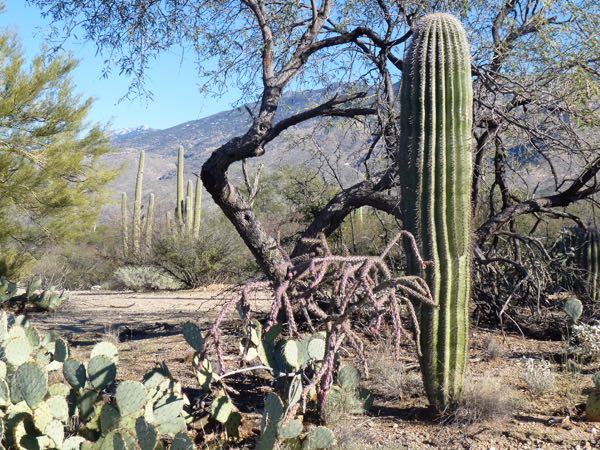 Plans were to visit the nearby San Xavier del bac Mission on the Indian Reservation. But, alas it was too cold and windy when I had the time. And, there were a few other attractions that sounded interesting; including the national park West-Tucson Mountain District. However, I had not planned to stay long enough to see them. Perhaps another time. 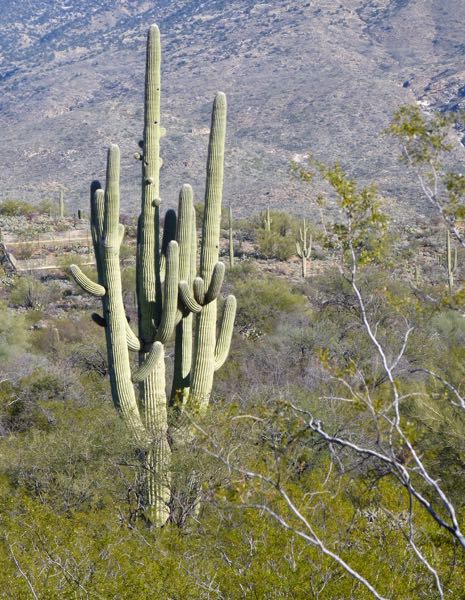 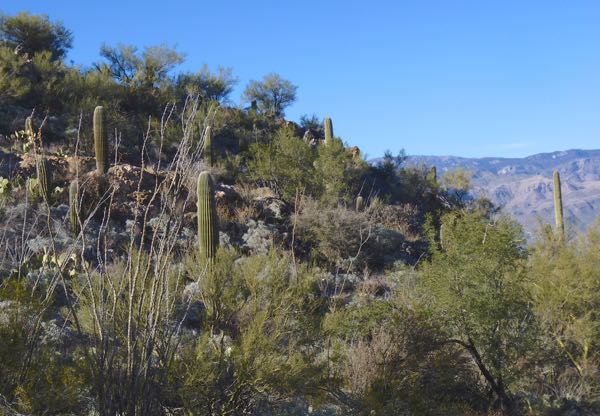 Hillside with variety of cacti

The parking lot of Casino del Sol was my nexus for exploring the area. Run by natives, it had several dining options, including a Buffet, Taco stand, Mexican, Oriental-Sushi, American, a Deli, and a Starbucks. The food was good, but a bit on the pricey side. The casino had several bars; one which had a stage with a live band and dancing on Friday night. There was also an outdoor arena meant for concerts, a golf course. and a hotel. 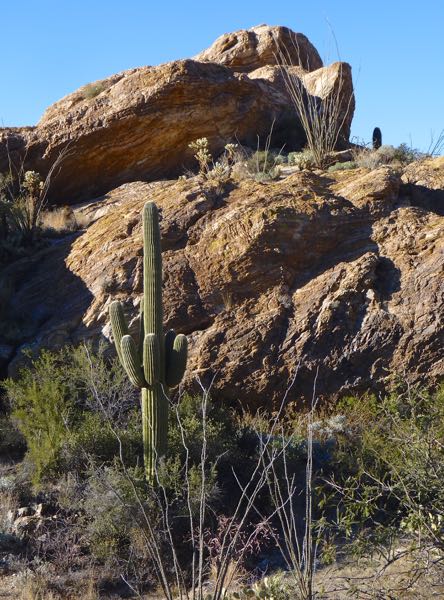 Security, a shuttle to the casino, and trash collection was provided. A couple of free nights, shared with many other RVers, and 4G LTE internet was appreciated. Re-supply of groceries, gas and propane was also done during my stay.

See my post about Saguaro West for the rest of the story.