(Moab UT)
While in Moab to visit the national parks, many other interesting possibilities were available. So, I took some time for a few side trips to explore the area. They provided wonderful views without the crowds. 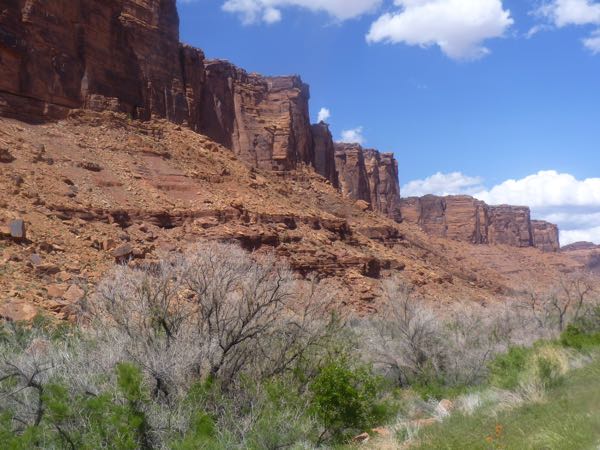 Colorado River East
UT-128 was a paved highway following the Colorado River northeast out of town and had some great views of the river and cliffs. It also led to Fisher Towers which was accessible by 4-WD. Several BLM campgrounds were along the river, and all were full. 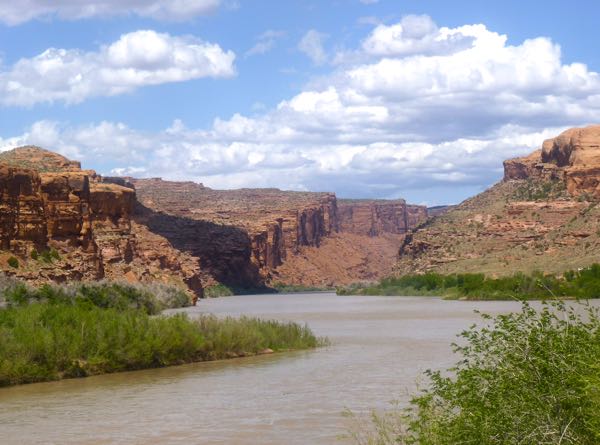 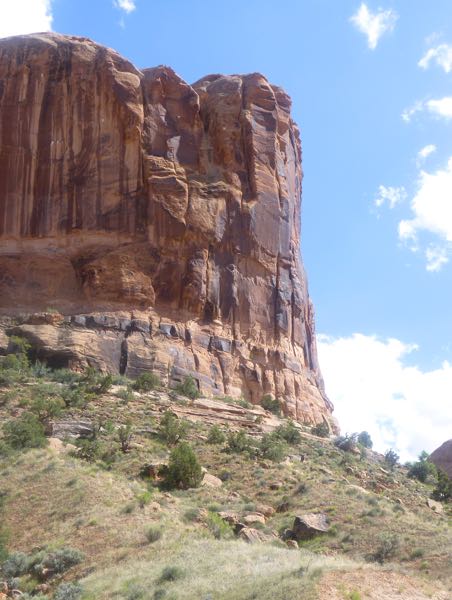 Massive cliff near the river

Colorado River West
Potash Rd was UT-279, a paved road running adjacent to the Colorado River, that led southwest to a mine. Along the way were cliffs which rock climbers used, and some native rock art. The BLM camps along it were mostly full. A free boondock camp for the night, overlooking the river, was found at the very end. 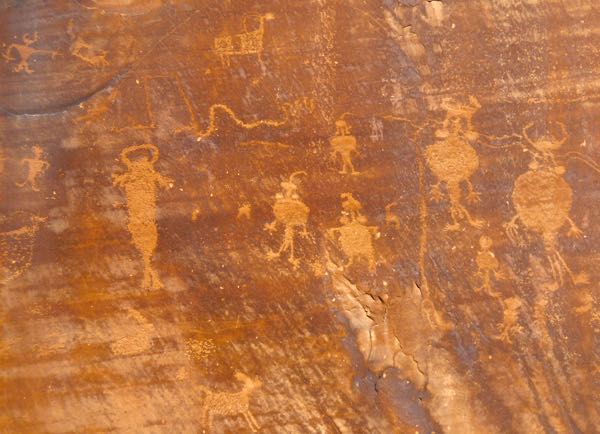 Petroglyphs next to Potash Rd 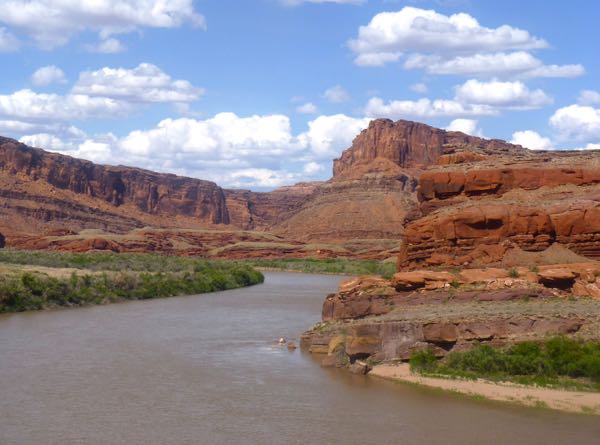 Sevenmile Canyon
Another paved highway, UT-313 found north of town then going west, went to Canyonlands NP-Island in the Sky District. Several viewpoints with impressive scenes were along the way. This road also was the way to Dead Horse Point State Park. 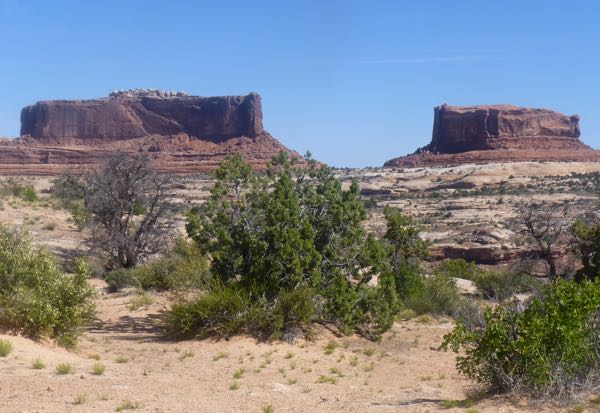 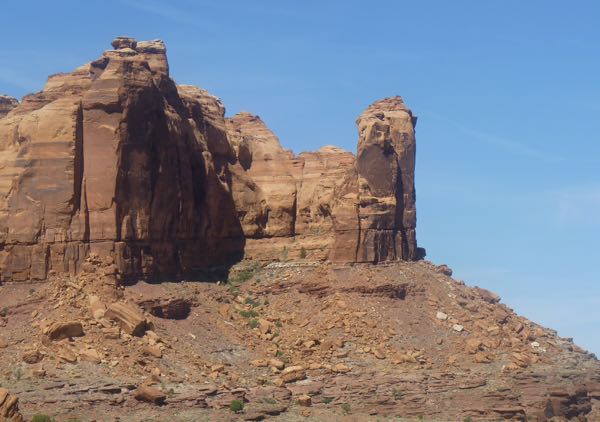 Mill Canyon
A few miles north of town on US-191, then west about a mile on a gravel road took me to a stagecoach station ruin. Just some rock walls and a corral. Further up the canyon were supposed to be some dinosaur tracks. I didn’t venture that far. But, did find a nice boondock camp. 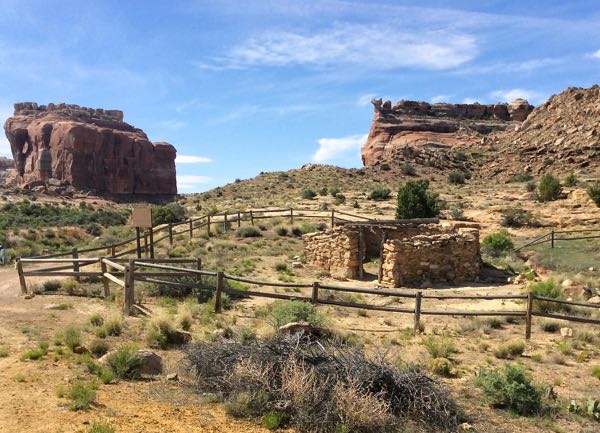 Copper Ridge Sauropod Track Site
Going north some more on US-191, it was a bumpy drive in on the dirt two-track, through the Klondike mountain biking area, to the trailhead. But, a short hike to the track site. I guessed at what to photograph. Down the road aways, was another 3 mile trail to the Dinosaur Stomping Grounds with more footprints. 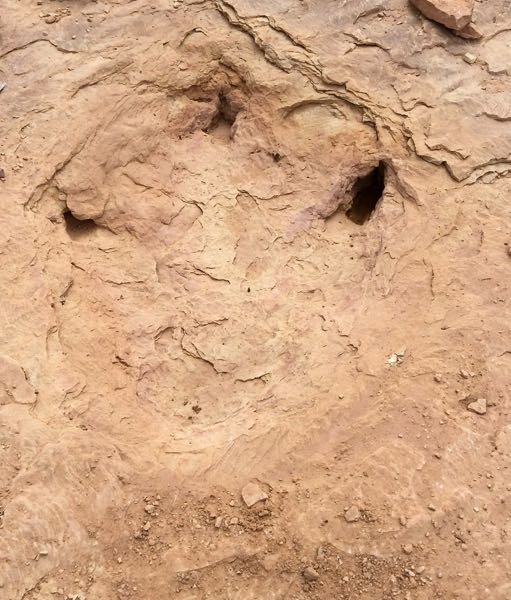 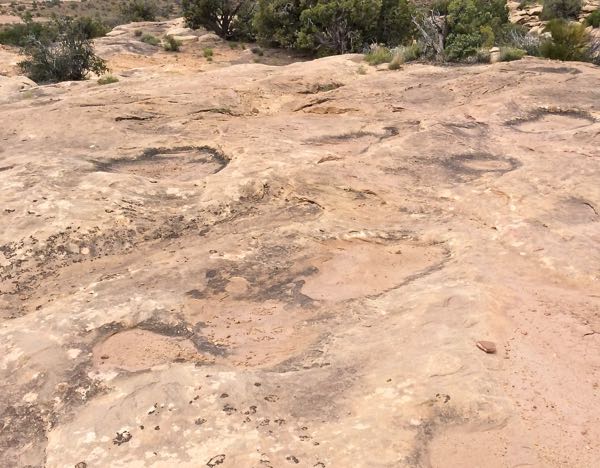 By looking around, I discovered much more than the national parks. For those into hiking, jeeping, mountain biking, rock climbing, rafting, and other outdoor adventures the Moab area offered much to delight.

2 Responses to Moab Side Trips