(Gering NE)
Scotts Bluff National Monument lies along the North Platte River, and rises 500ft above the surrounding landscape. It was an important waypoint for natives, trappers, supply wagons, the Pony Express, and emigrants moving west. The bluff could be seen across the prairie for days before reaching it. 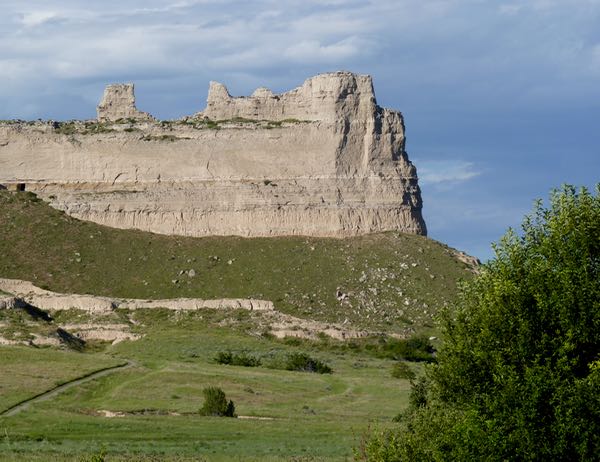 Emigrants using the Oregon, California, and Mormon Trails knew the bluff marked the completion of 1/3rd of their westward journey. And, signaled the approach to the Rocky Mountains. It also had water, and supplies for moving ahead. 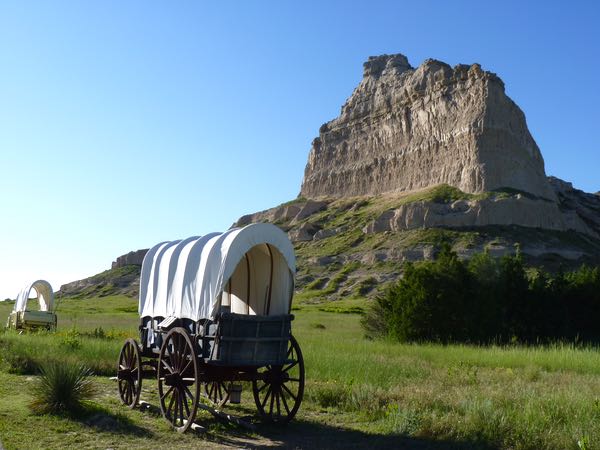 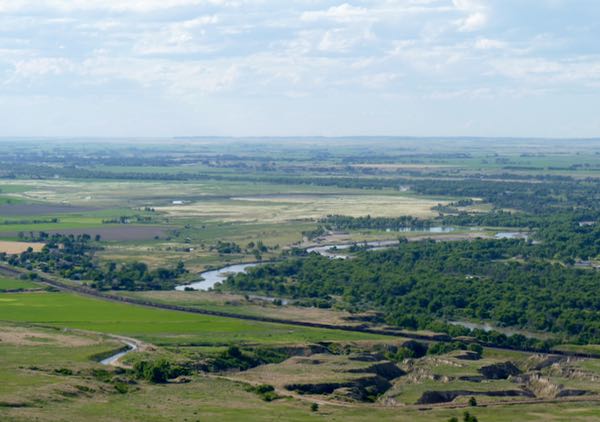 After seeing the film at the Visitor Center, I drove to the top of the bluff. Two trails provided views of the rocky top, and the surrounding landscape. There was a rattlesnake resting by the trail which stopped hikers. Others refused to pass; I just walked a wide berth around the noisy critter. 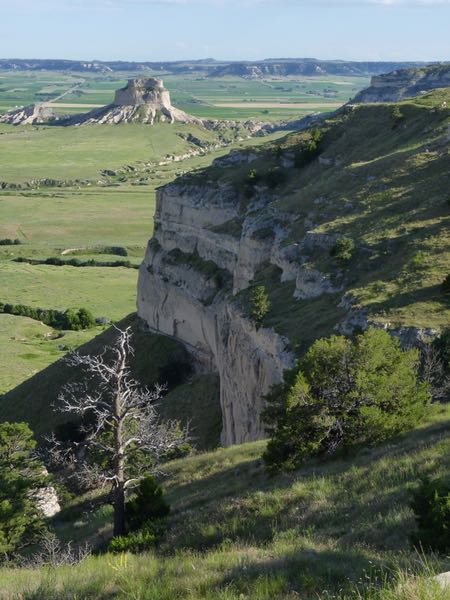 Toward Wildcat Hills form atop bluff 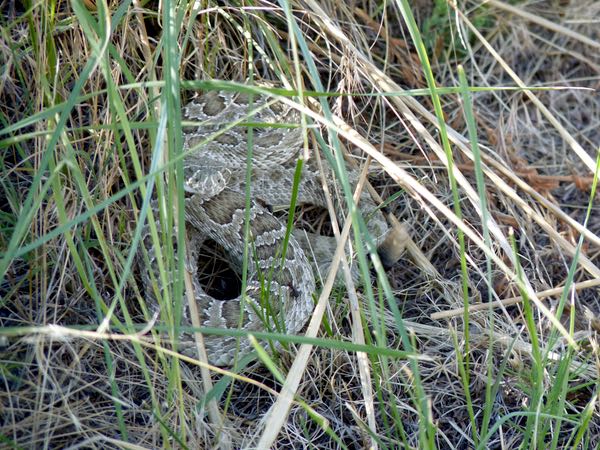 From the bluff I could see Wildcat Hills in the distance. I had hoped to camp there, but alas, the gate to the dispersed camping area was locked when I arrived. So, I continued driving south and discovered a very nice campground on a reservoir. 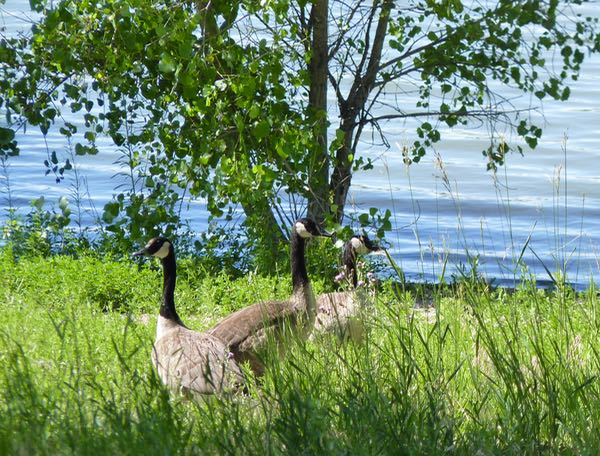 Only a few campers shared the nice view of the lake with trees and geese. Widely spaced spots with easy level, picnic table, fire-ring, pit toilets, and good internet. Pretty nice; and it was all free!