(Lujane CO)
While at the South Rim of the Black Canyon of the Gunnison National Park, I hiked two trails. One followed the rim of the canyon, and the other went to the high point overlooking the river. Both were pretty easy, with good views, and not too long.

Rim Rock Trail
From the campground to the Visitor Center, Rim Rock trail skirts the edge of the canyon. Along the way were rock formations, and some awesome views into the canyon and to the river below. 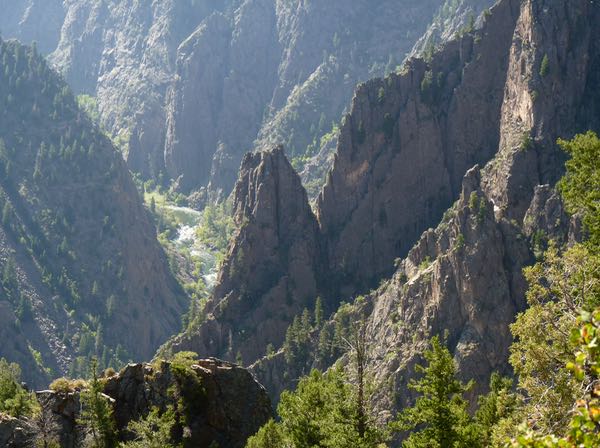 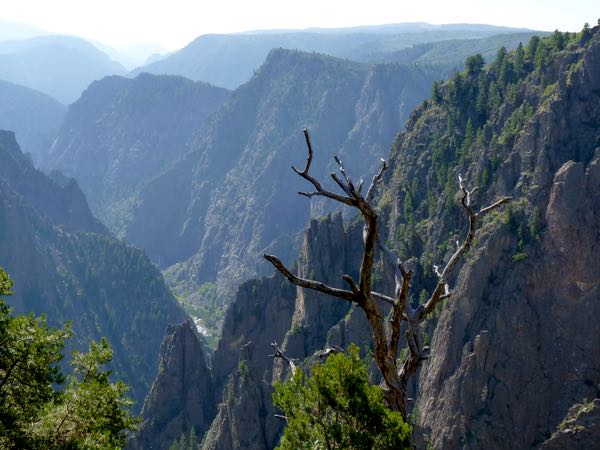 Another view of the canyon from Tomichi Point

Next to the Visitor Center, was a short path to the Gunnison Point viewpoint. More spectacular scenes of the canyon and cliffs. 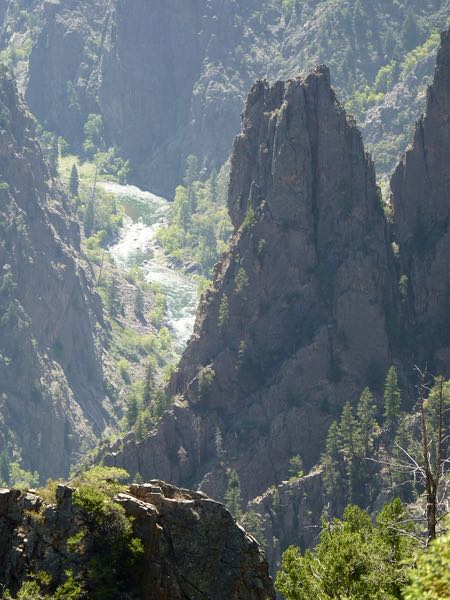 Looking into the canyon from Gunnison Point

Warner Point Trail
This trail required driving to the end of South Rim Road, and parking at the trailhead. It went out on a ridge with ups and downs and a gradual elevation gain. At the end was Warner Point at 2,772ft above the river. 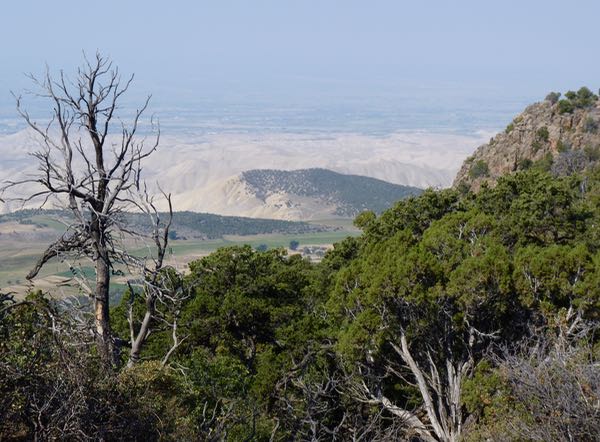 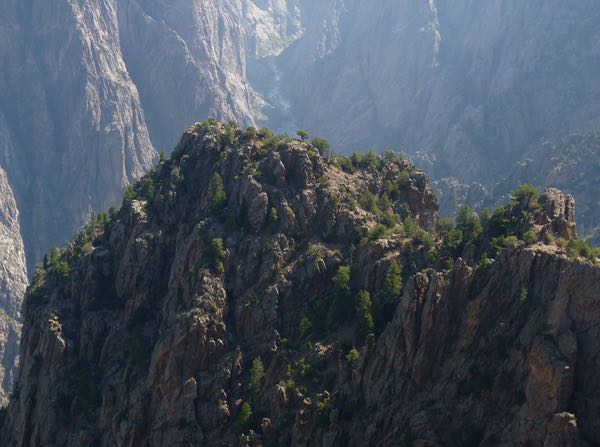 There was more variety along this trail, with gnarly trees, rock formations and views of the valley on the other side. 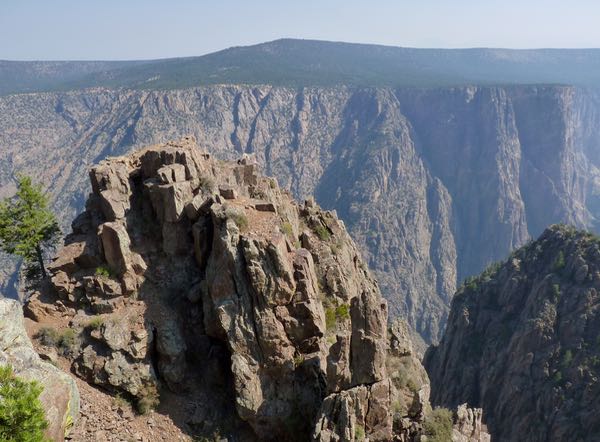 Another view from Warner Point 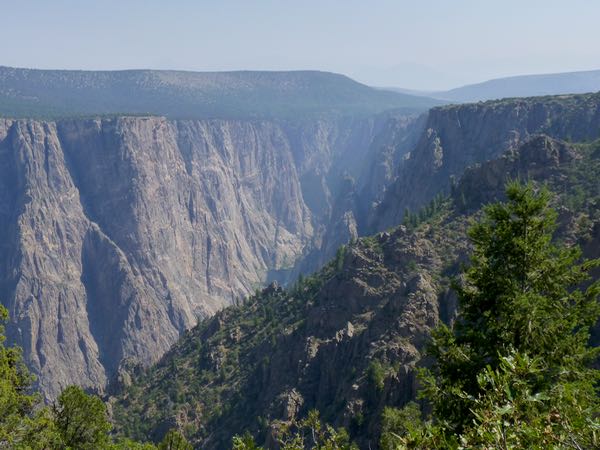 Of course there were other trails; those going down into the canyon required a special permit. I really didn’t feel confident doing that. The two trails I hiked were sufficient and I enjoyed them both.