You are here: Home › Doc Holliday
By Pleinguy on September 8, 2015 in SW, Travel

(Glenwood Springs CO)
Linwood Cemetery, high atop a hill overlooking the valley, was the final resting place for two of the west’s most infamous gunslingers; Doc Holliday and Kid Curry. Realizing their graves could attract tourists, the town and historical society erected markers for them. 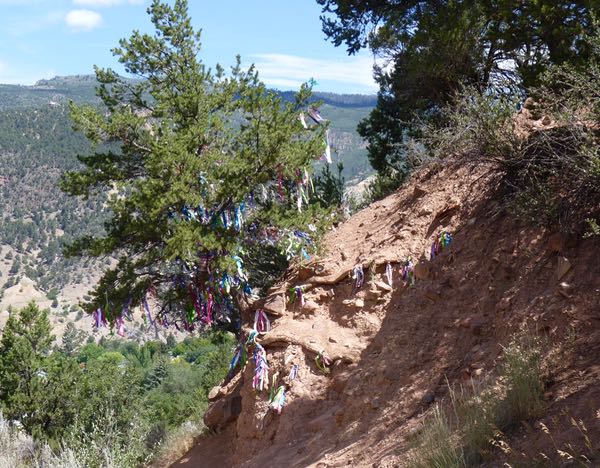 It was a somewhat steep 1/2 mi hike up to the pioneer cemetery. Getting the deceased up there must have been a real ordeal. Along the trail, was a tree adorned with lots of colorful ribbons. Not sure what was the meaning of it though. 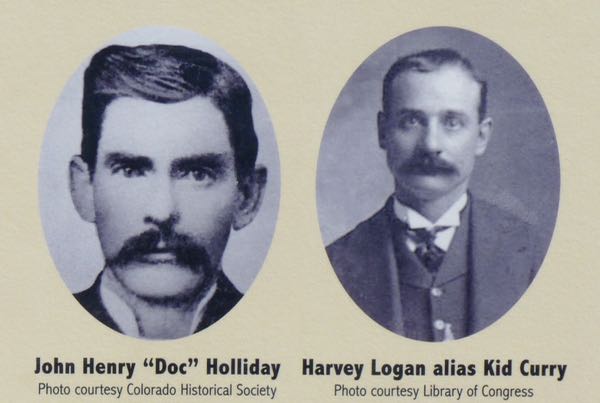 Doc Holliday
Trained as a dentist, but remembered as a gambler and quick on the draw, John ‘Doc’ Holliday was best known for his role with the Earp brothers in the shootout at the OK Corral in Tombstone AZ. Described by Wyatt Earp as “the nerviest, speediest, deadliest man with a six-gun I ever knew”. Ailing from tuberculosis, he came to Glenwood Springs for the soothing mineral waters and vapors of the hot springs. It did him little good as he died in bed six months later. 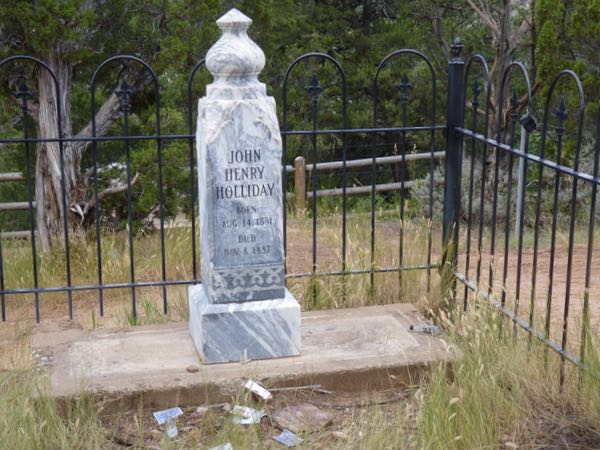 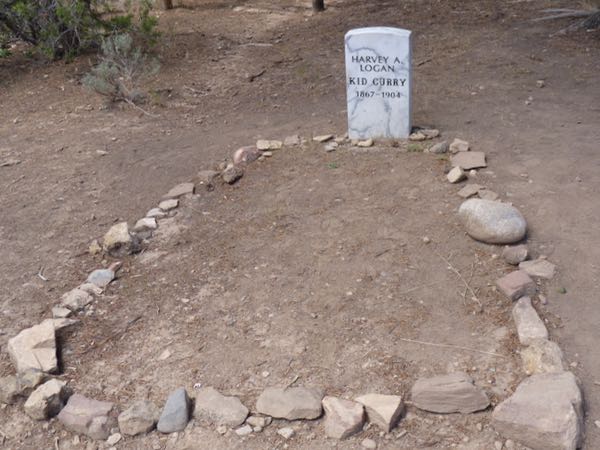 Kid Curry
Harvey Logan, aka Kid Curry, met his end after a train robbery during which he was shot while making his escape. Severely wounded, and unable to flee, he committed suicide. His was a life of crime from his teen years, and he had been a member of the ‘The Wild Bunch’ gang along with Robert Parker aka Butch Cassidy and Harry Longabaugh aka The Sundance Kid.