(Desert View AZ)
The Grand Canyon-South Rim had more viewpoints, more roads, more traffic, more buildings, more campgrounds, and definitely more people than the North Rim. It even had a village with shops, hotels, restaurants, a grocery, a bank, etc. The South is where most of the tourists come to experience the canyon; so, I guess they need all those services. 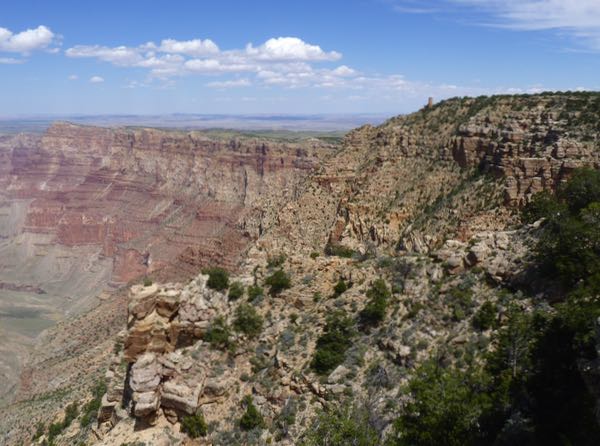 I began at the Watchtower, which was a creation for the tourists, and not an authentic ruin. Still, they did a good job of making it fit in, and it was decorated with native murals inside. 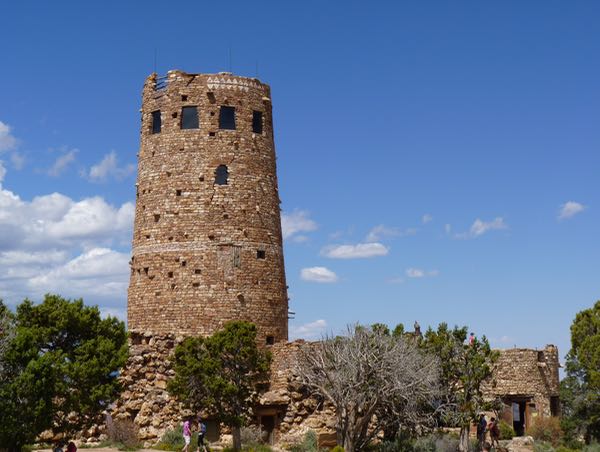 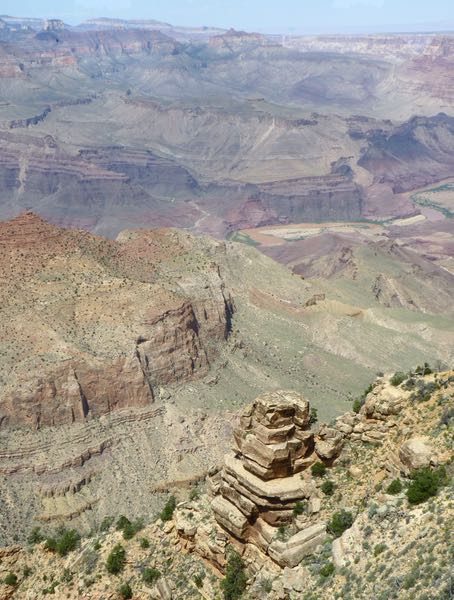 The canyon certainly was big, and the views of the wide and deep abyss was immense. However, I found it harder to get unique photos. Earlier or later in the day, or another time of the year might have been better. Or, maybe the lighting wasn’t dramatic enough for the grandeur of the canyon. 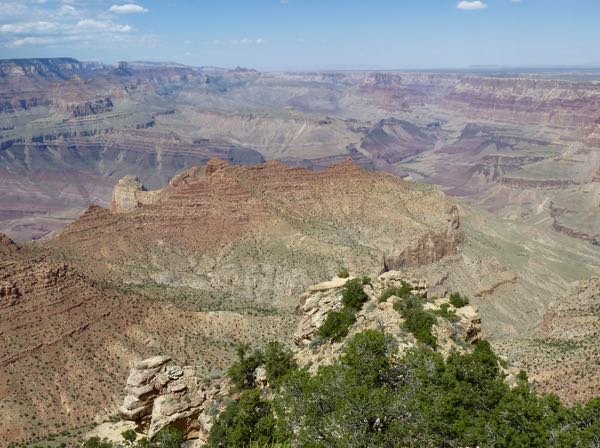 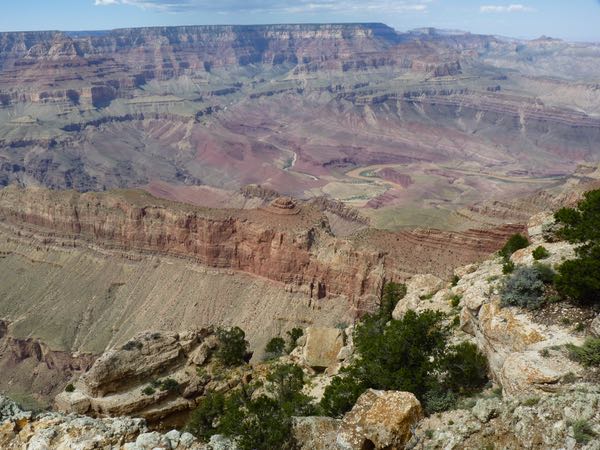 Checking with a ranger, he said most people think the week after Labor Day is slow. So they come, resulting in one of their busiest times. Of course that included me! The period when they are not crowded was the month of January. 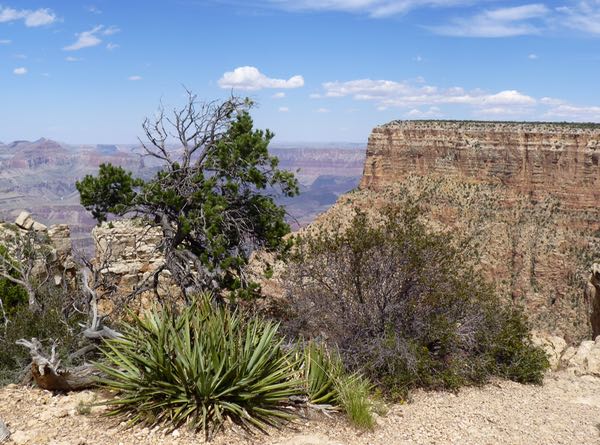 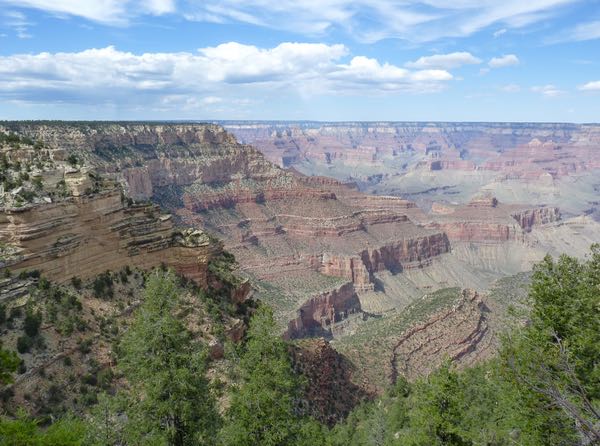 Several viewpoints were only accessible via a shuttle bus. I didn’t go to see those to avoid dealing with crowds, and the timing wasn’t good. Perhaps another visit. One thing that did interest me was the mule ride down to the bottom of the canyon. However, it costs hundreds of dollars and must be booked months in advance. 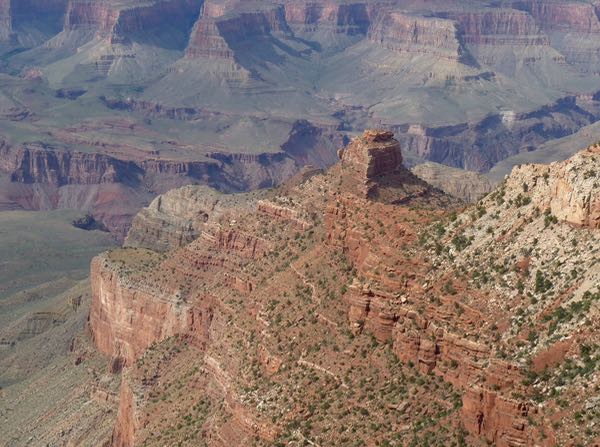 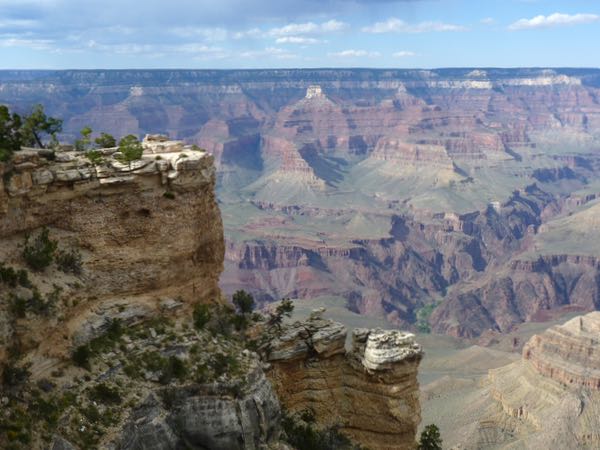 It seems that many of the tourists must have their photo taken perched on the edge, just inches from falling over into the canyon. They even wait in line for their turn at the precipice. Each year some fall to their deaths, after getting too close.

As I expected, I didn’t enjoy the South Rim as much as the north. I think it was the ‘more’ of everything on the south; plus, the overlooks at the North Rim seemed more varied and interesting to me. When done, I headed south and found a nice, quiet Forest Service campground in the woods.