(nr Questa NM)
Cebolla Mesa was about 4 miles on the highway south of town, and another 4 miles on a rutted hardpack one lane road. It ended at the rim of the Río Grande gorge, just south of the Wild Rivers Recreation Area, and near where the Red River enters the big river. 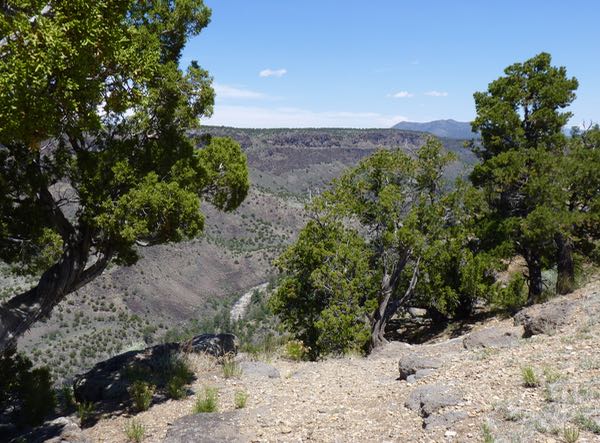 The plan was to camp there for a few days. Instead, I only stayed a couple of hours, walking along the edge of the gorge and taking photos. After lunch, it began to cloud up and looked like rain would come soon. I was fearful about getting back out to the highway on that iffy entry road. 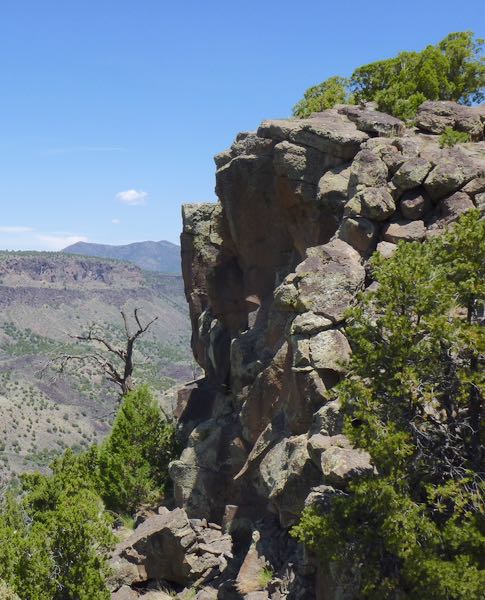 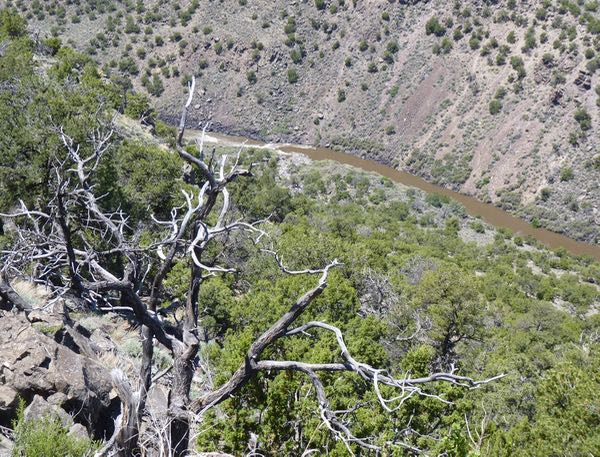 Río Grande seen from the mesa

So, I found myself driving north toward Colorado sooner than planned. Sure enough, the rains came along with lightning. I drove out of it as I neared Alamosa. It was a good spot to get groceries and gas. Then, I decided to have some pizza. That allowed me ample time to get caught up on eMail, updating the blog and a website, paying bills, etc. It became too late to find a campsite; so, I just did an overnight at Wallyworld.