(Lake George CO)
While camped at Blue Mountain, I hiked a trail from the campground that took me higher up into some massive boulders. I was impressed by their grandeur, textures and shapes. 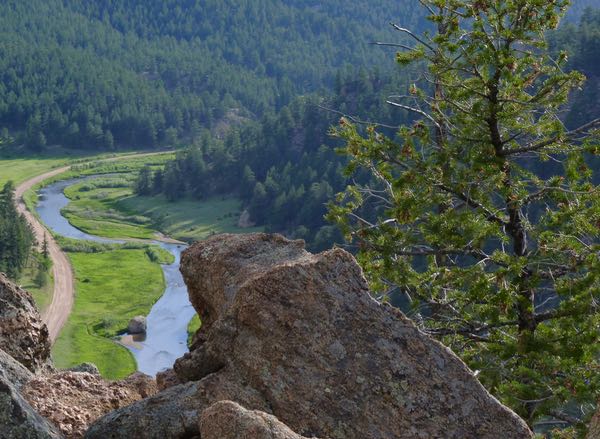 I climbed in and around them taking photos from differing angles. One had to be careful, because directly behind them was a sheer drop off. They were poised on the edge of a cliff that was hundreds of feet high. 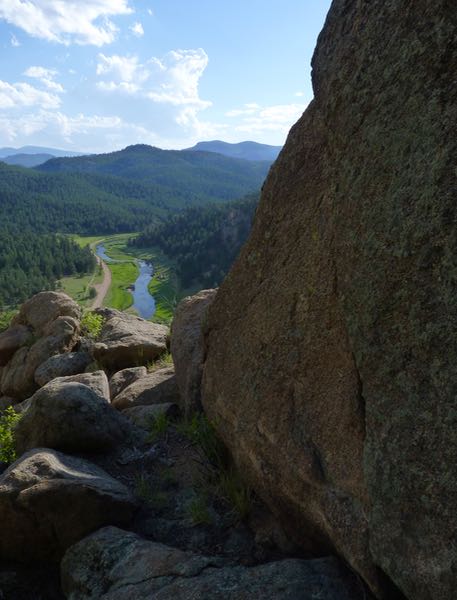 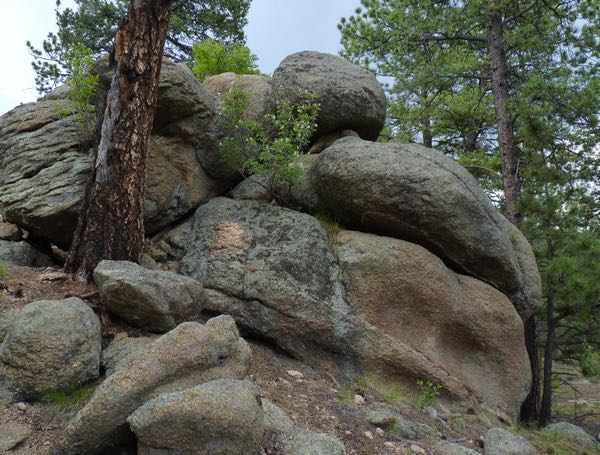 At a couple of places, I could see the South Platte River flowing in the canyon below. Getting a good shot was rather difficult though. Still, it was an interesting viewpoint. 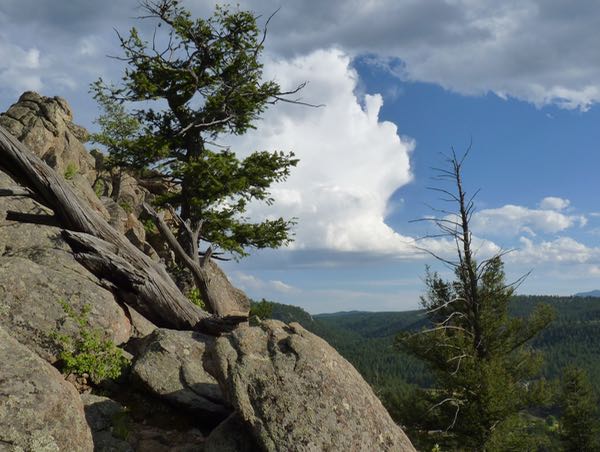 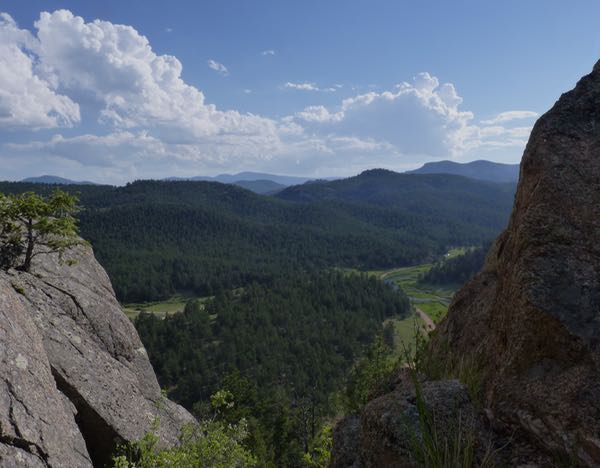 The trail was not too difficult, and just long enough to exercise my legs. Finding rock formations and the river vista made it well worth the effort.