You are here: Home › Mexican Canyon Trestle
By Pleinguy on May 1, 2017 in SW, Travel

(Cloudcroft NM)
Just before town, going up the canyon, there was a pullout to view the Mexican Canyon Trestle. It has been restored, and now functions as part of a hiking trail that was accessible further up on a side road. 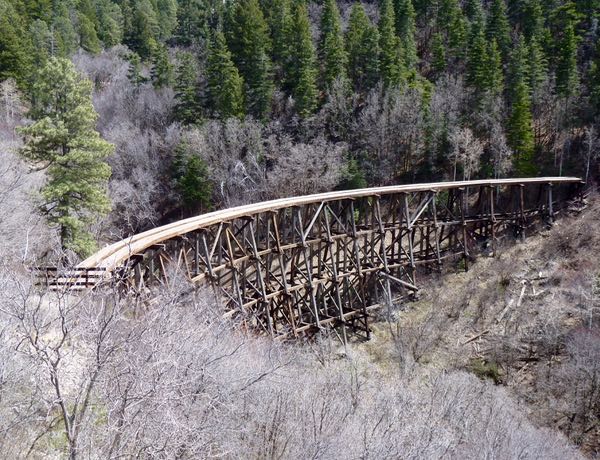 Originally, the trestle was used by trains that hauled timber out of the mountains to the valley below; and later, passengers that would come up to the mountains in the summer to escape the heat. 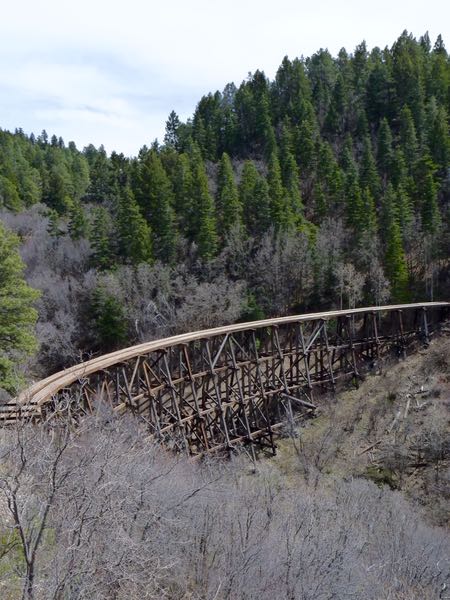 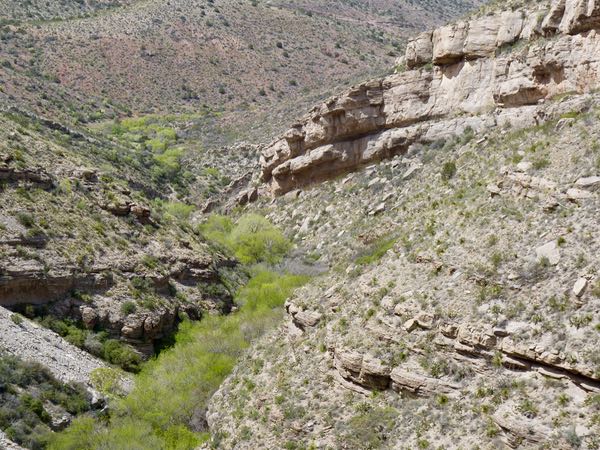 Canyon near the Tunnel

About a third of the way coming up US-82 from Alamogordo, there was a pullout just before a tunnel. A rugged canyon view, and a vista of Tularosa Basin with the White Sands National Monument in the distance. 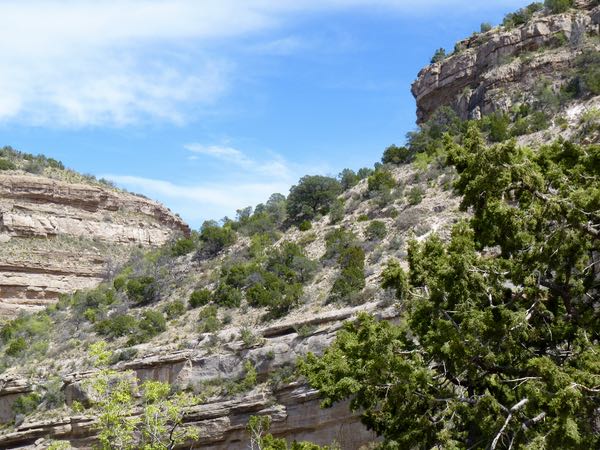 Cliffs in the Canyon 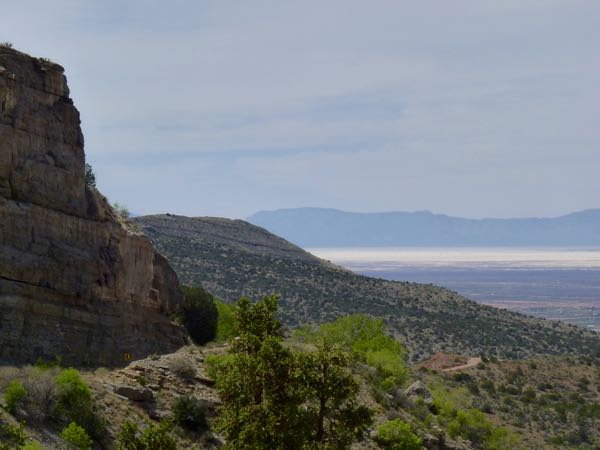 The drive up to Cloudcroft was an increase of over 4,300ft in about 15 miles. The grade was not too bad, but was mostly continuous. My small class C motorhome Tardis had no problem. But, consider your rig when taking this route.