(nr Shiprock NM)
Another well known peak called Shiprock, could be seen from miles away. It is located on Navajo land, and is considered by them to be sacred. So, no hiking or climbing allowed. It sat a goodly distance from the road. 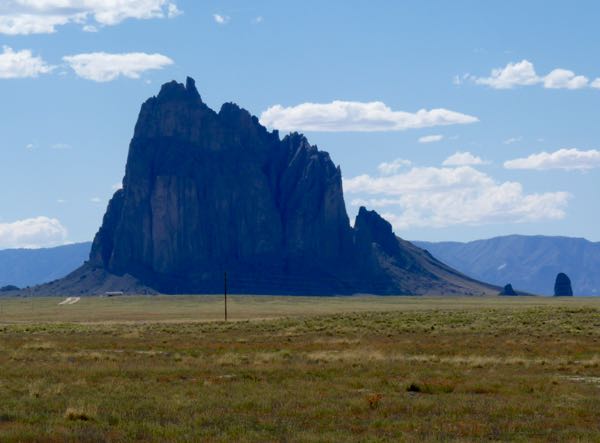 I drove several miles off the main highway in order to get a closer view. However, I arrived at the wrong time for decent lighting in the photograph. As a result, the peak didn’t appear as grand as I expected. Still, it was a pretty impressive rock formation. 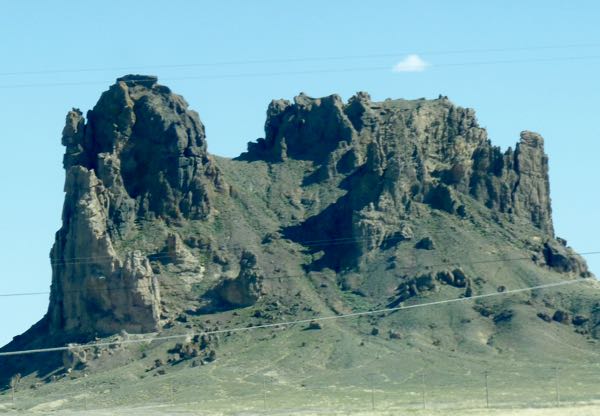 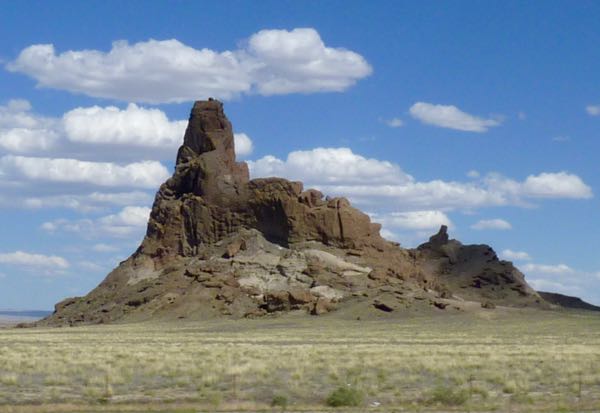 My disappointment was soon replaced with joy when driving down the highway. Several other massive rock formations were seen not too far off. They were of varied shapes and sizes. Each probably have names too, at least to the locals. 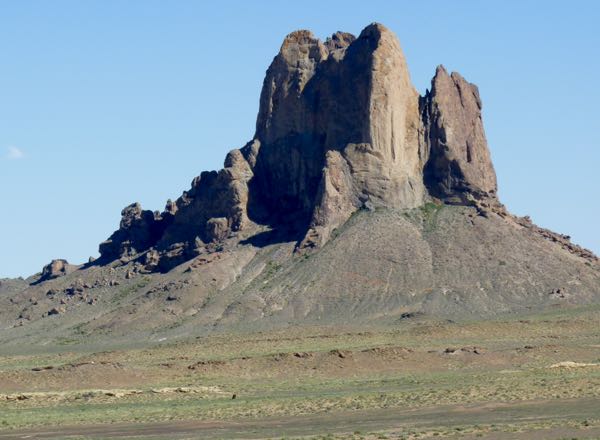 Yet Another along the Highway 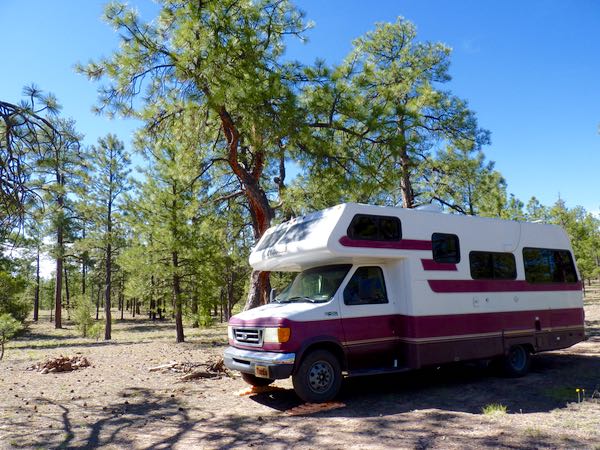 It was good to finally see Shiprock at a closer range, even with less than ideal conditions. Plus, the other interesting rocks made the trip worthwhile.

Aztec Rocks
We the People Park

6 Responses to Shiprock Plus