New Mexico Reprise
The Fall of 2014 brought me back to New Mexico and some exciting new experiences. From October through December I explored new areas from the northern parts all the way down to the Mexican border.

This portion of the journey took me to the Jémez Mountains Scenic Byway, the International Balloon Fiesta, art galleries in Santa Fe and Taos, Wild Rivers, and Red River Canyon for the fall colors. Ácoma Pueblo’s Sky City, the Very Large Array, ghost towns, and the Mexican border town of Puerto Palomas were all special.

My Annual Camping Pass for the state parks was still good until the end of the year. So, I took advantage by camping at many parks I had not yet seen; mostly in the north. 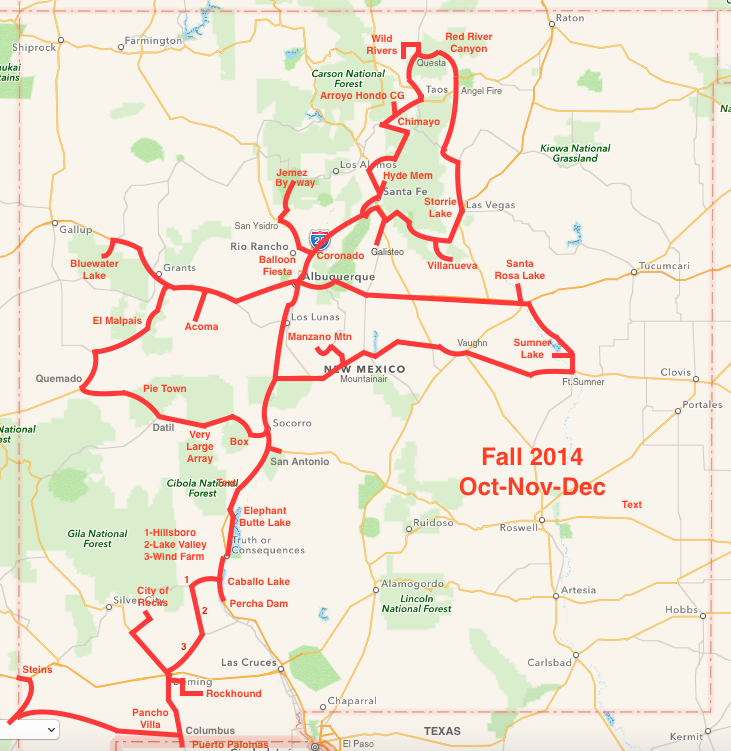