Mountain West via the Great Basin
The Spring of 2015 found me covering a lot of territory. From New Mexico, all the way to Idaho; so, several maps were needed to show my route. This trip took me to many wonderful places, and meet-ups with a  couple of friends.

New Mexico
In April, I once again explored more places in New Mexico. Without the annual park pass, I sought out mostly boondocking camps. The two state parks I did visit were to meet-up with RV friends. More ghost towns, some pretty canyons, historic sites, and pueblo ruins were the highlights. 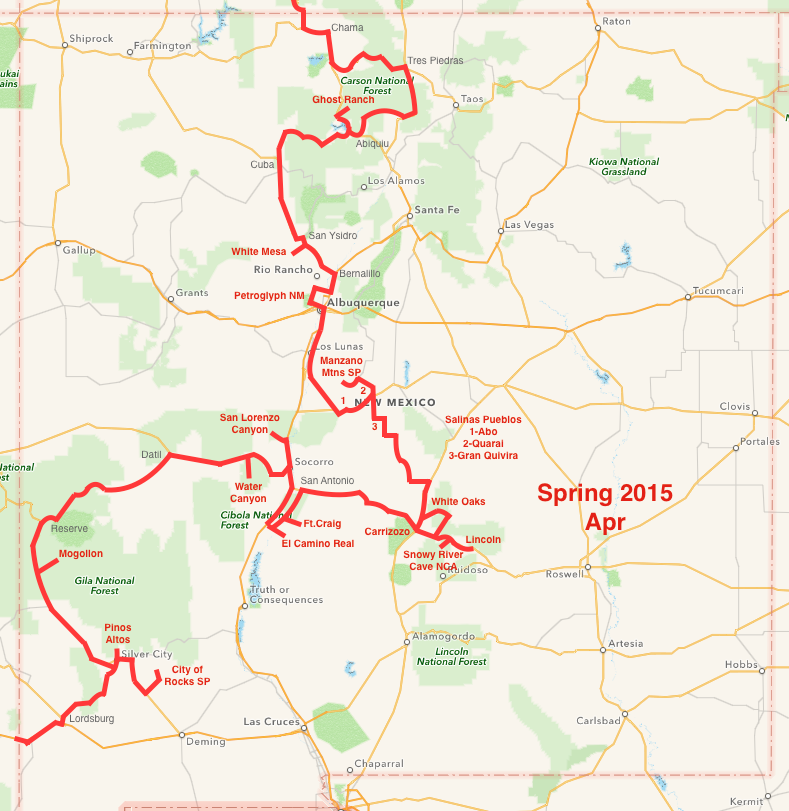 Utah & Nevada
May found me returning north again traveling through the southwest corner of Colorado, west across Utah, north through eastern Nevada and then into Idaho. Stops were at interesting sites, scenic byways, and national parks of Canyonlands, Arches and Great Basin. Little Wild Horse Canyon slot hike, the Green River camp, Lamoille Canyon and the Ruby Mountains were exceptional. 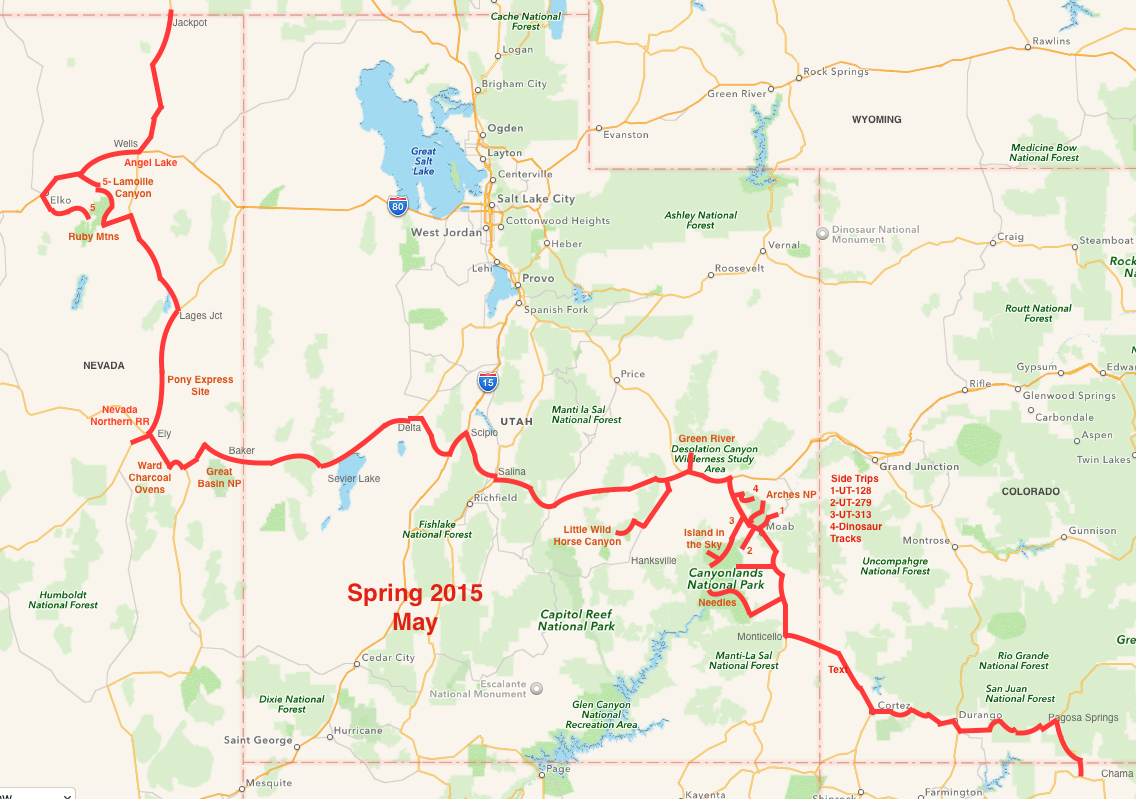 Idaho
Most of June was spent in Idaho with prime destinations being Craters of the Moon National Monument to meet-up with an RV friend, and exploring the Sawtooth Mountains area. Other notable stops included Shoshone Falls, Bruneau River Gorge, driving past Teapot Dome on the Oregon Trail, and Idaho’s highest peak Mount Borah. 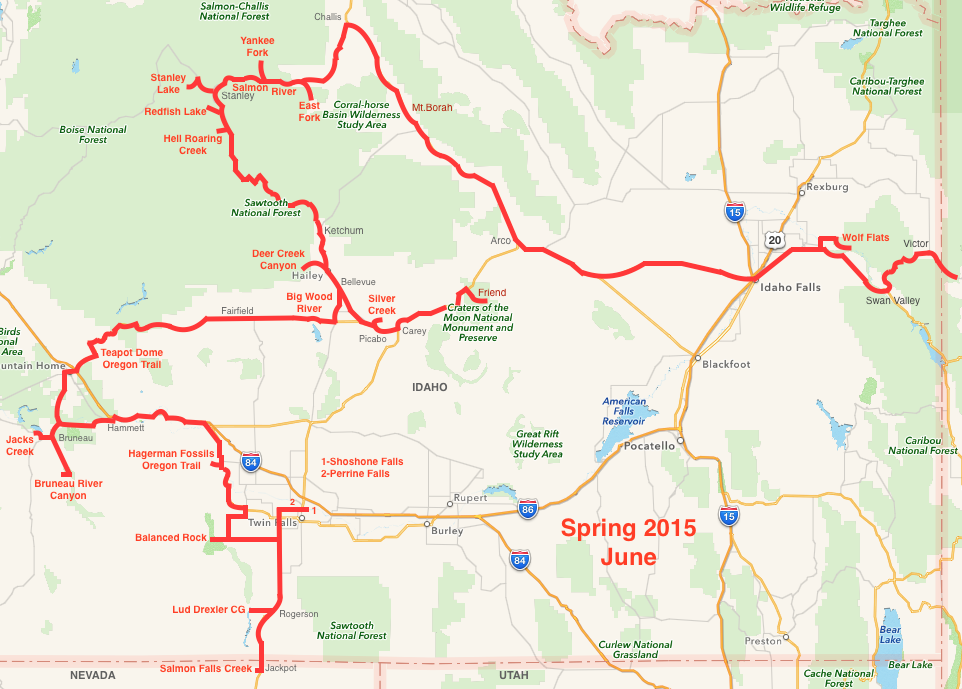