More Exploring in New Mexico
It seems the more time spent in New Mexico the more there was to see. Slowing down meant visiting places that were overlooked. Plus, getting back into painting was long overdue.

New Mexico
Having purchased the state park Annual Camping Pass, I moved around to those in the southern part of the state during the winter. They all were very nice and provided me with free dry camping. Pancho Villa, the most southerly state park, was only slightly warmer than those around Truth or Consequences. 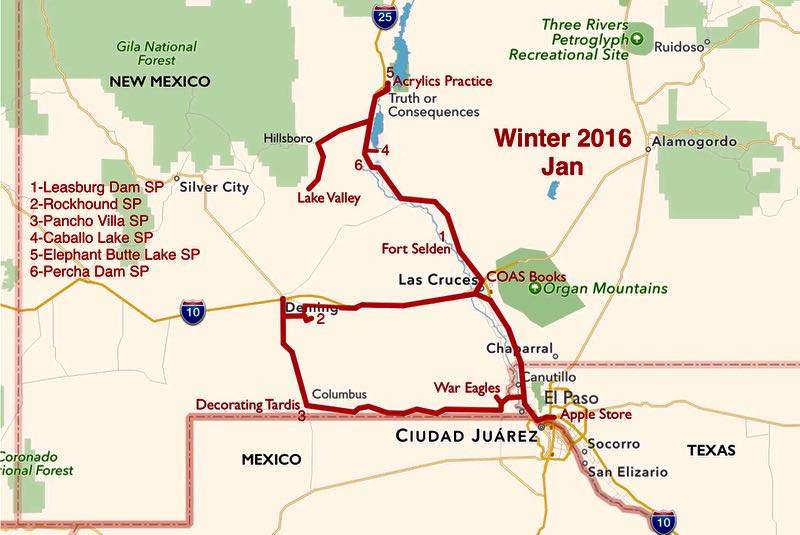 Fort Selden was next door to Leasburg Dam, and an interesting historical site. Next I went to Las Cruces to get new tires for my RV Tardis. A visit to the War Eagles Air Museum, a stop at the Apple Store in El Paso TX, and walking through the ghost town of Lake Valley were worthy trips. 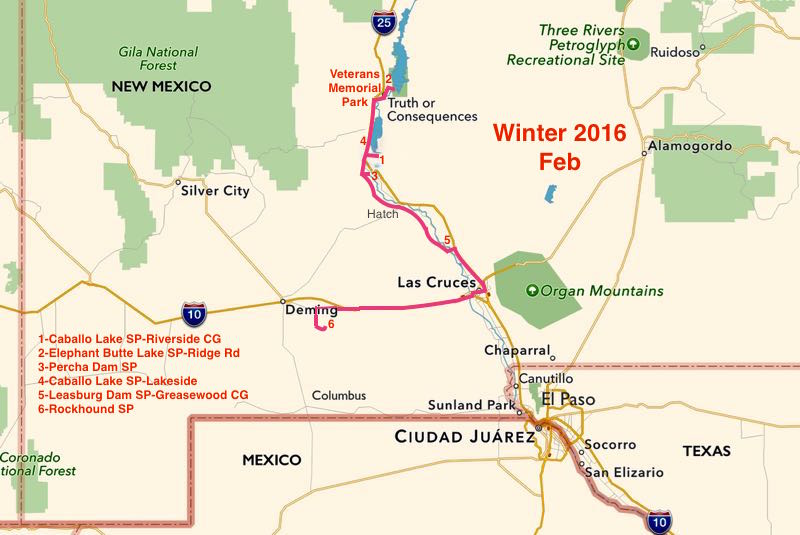 In February I visited the Veterans Memorial Park in Truth or Consequences, which brought back memories of that era. The rest of the month I lazed about and did some acrylic painting practice. Then moved southward heading toward a special event. During March I visited several state parks, taking advantage of my annual camping pass. While in Columbus, I saw the Raid Day Centennial and Cabalgata Nacional. Later in the month, I witnessed the releasing of water from the reservoirs into the Río Grande. 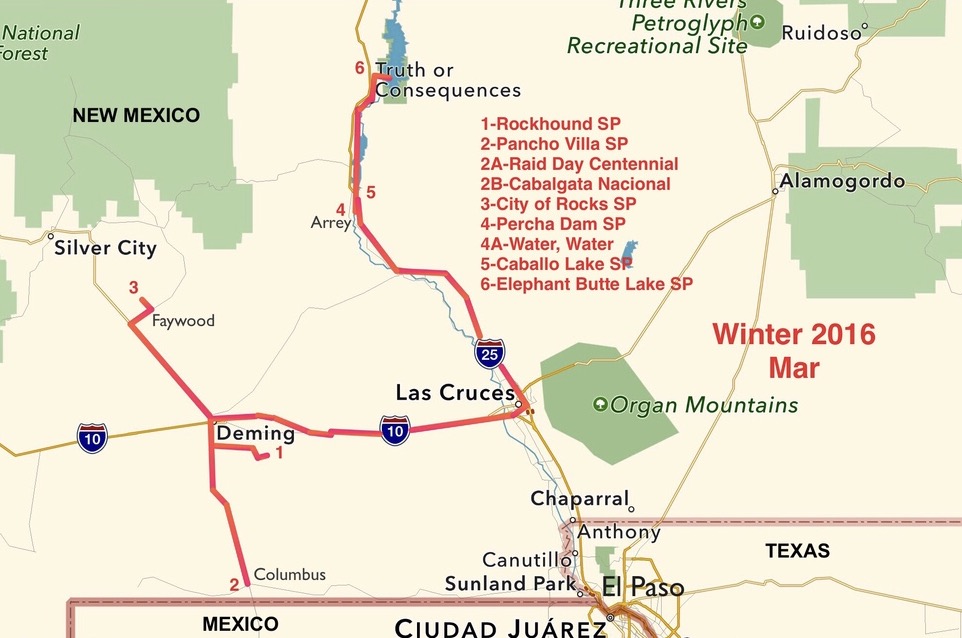