Roaming around the Southwest
I decided to head out to some places I hadn’t seen, and meet-up with a few people. So, I went further west shortly after the new year began. Just can’t seem to stay put for long. 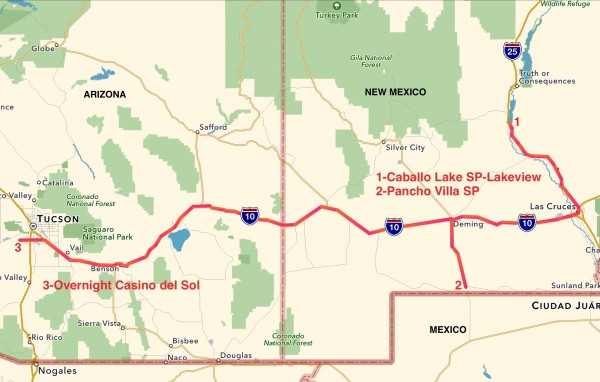 New Mexico
I said goodbye to an RV friend at Caballo Lake, stopped for resupply in Las Cruces, and arrived at Pancho Villa State Park to find another RV friend there. After a few days near the Mexican border, I rolled again. 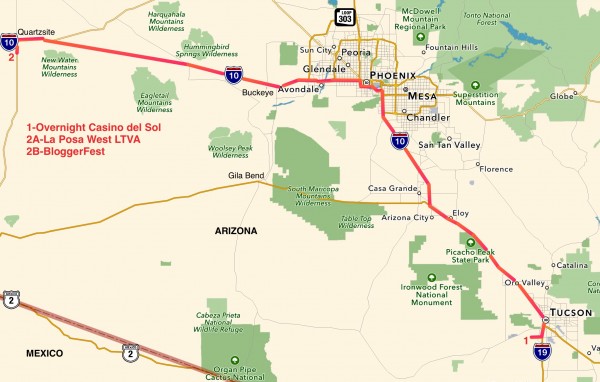 Arizona
Spent a free overnight in Tucson at Casino del Sol, and then continued westward. Decided to drive I-10 through Phoenix Metro this time (ugh!), and stopped in Buckeye for groceries, gas, and lunch. Ended up in Quartzsite in order to camp with some Lazy Daze RV owners, and to attend the BloggerFest. 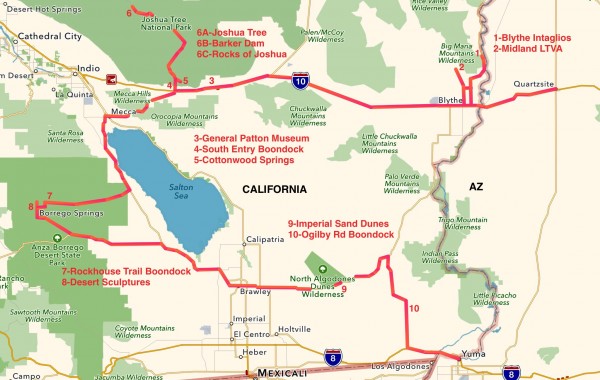 California
Decided to go visit a few places not yet seen. Checked out the native earth drawings at Blythe Intaglios site, stopped at the General Patton Museum, and then explored Joshua Tree National Park. Drove around the Salton Sea and over to see the sculptures in the desert outside of Borrego Springs. Passed through the Imperial Sand Dunes on the way to a boondock camp on Ogilby Road next to the Cargo Muchacho Mountains. 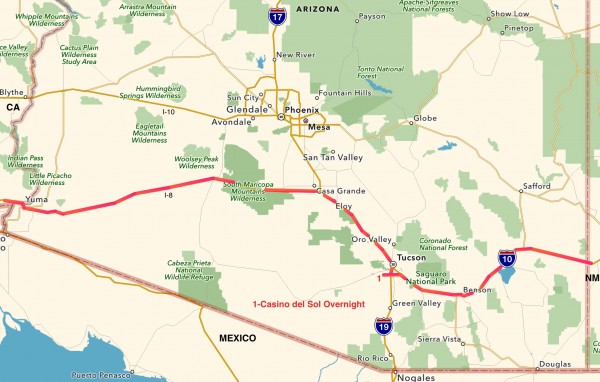 Arizona
Made a quick return across The Grand Canyon State, with a stop in Yuma to resupply, and a free overnight stay at Casino del Sol in Tucson. 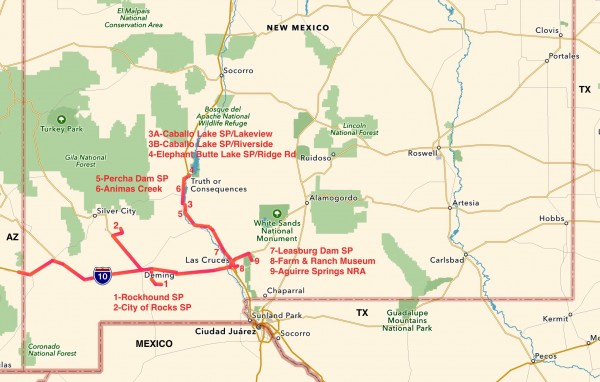 New Mexico
Short stays at Rockhound and City of Rocks state parks, then over to Caballo Lake for an extended period. At Caballo Lake, I converted my fat bike to electric making it much easier to ride the hilly terrain. Got mail and packages while at Elephant Butte Lake. Also, did a couple of rides in the area with the fat eBike. Near the end of March, I camped at Percha Dam SP, and then headed out to do more exploring. That included a visit to the New Mexico Farm & Ranch Heritage Museum, and camping at a favorite spot on the east side of the Organ Mountains, Aguirre Springs NRA.