In the Summer of 2015, a sweep through several states took me to national parks, monuments, memorials, historic sites, scenic mountain byways, beautiful scenery, some fun activities and good camping.

Wyoming
Met-up with an RV friend to see Grand Tetón NP, then went on to Yellowstone NP, then Chief Joseph Highway, visited the Buffalo Bill Museum complex, camped in the Bighorn Mountains, saw Devils Tower, explored the Snowy Range with its glacial lakes, hiked to a waterfall in the Sierra Madre, and attended a mountain man rendezvous making for some great experiences.

Montana
A short foray onto the Beartooth Highway and to see the Little Bighorn Battlefield were interesting and enlightening.

South Dakota
Got to see the Crazy Horse and the Mount Rushmore Memorials, camp in the Black Hills, and finally bought a pair of decent hiking boots.

Nebraska
Visited Fort Robinson where Crazy Horse met his end, and hiked atop Scotts Bluff which was a major mile-point on the Oregon Trail. 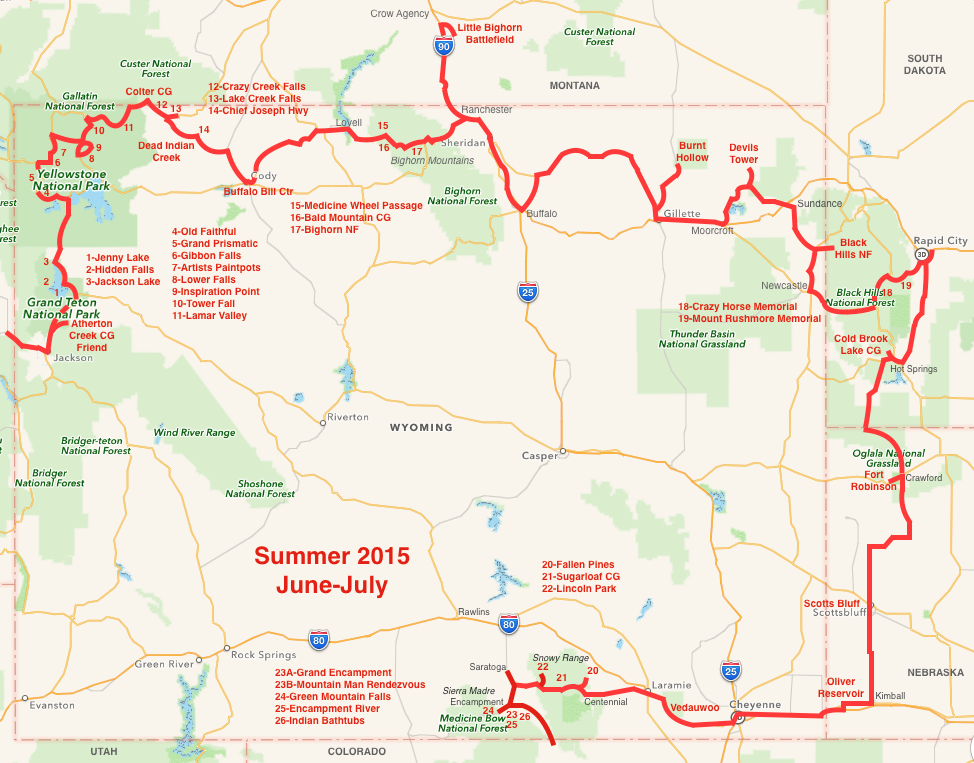 Colorado
Explored the west side of Rocky Mountain NP, and went to a rodeo. Saw Grand Mesa, Black Canyon of the Gunnison, Curecanti NRA and Blue Mesa Reservoir, and visited the Anasazi Heritage Center, along with other interesting stops. 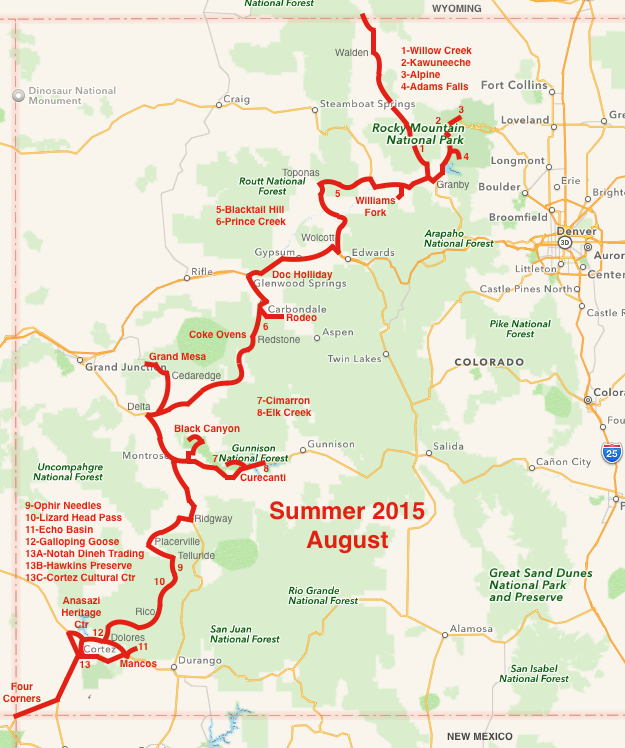 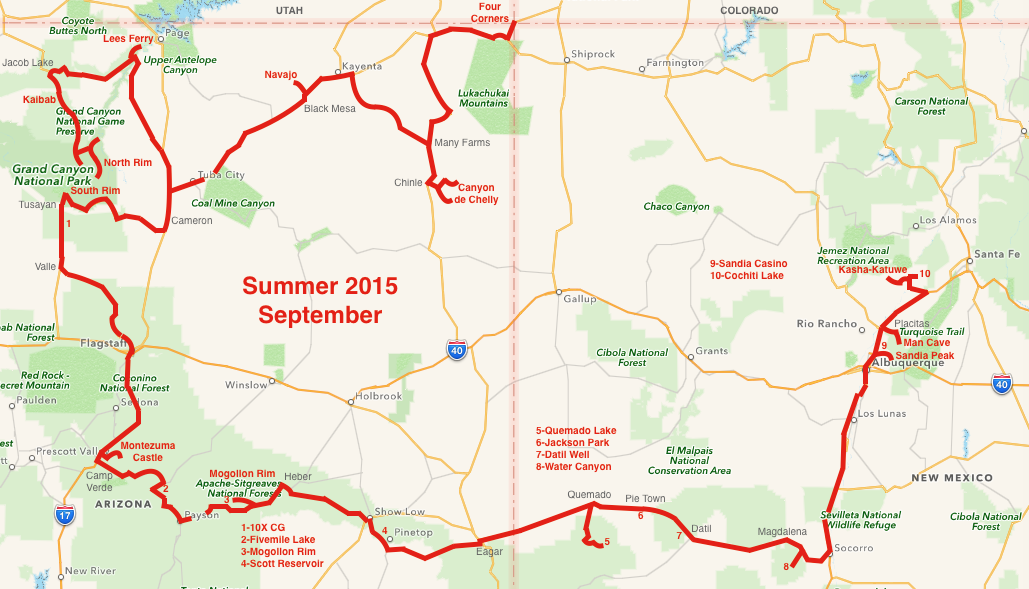