A Mid-west Summer
The plan for summer travels was to see some of the mid-west, spend the hot days around Lake Superior, and visit some family. I also wanted to spend some time in the Ozarks of southeastern Missouri, and do some camping in Land Between the Lakes.

Kansas and Nebraska
I sprinted across Kansas to avoid any tornado warnings. Only made three stops of note; a wayside display about the Santa Fe Trail, the Tallgrass Prairie National Preserve, and Pony Express Home Station #1. Then, a brief stop at the Lewis & Clark center in Nebraska. 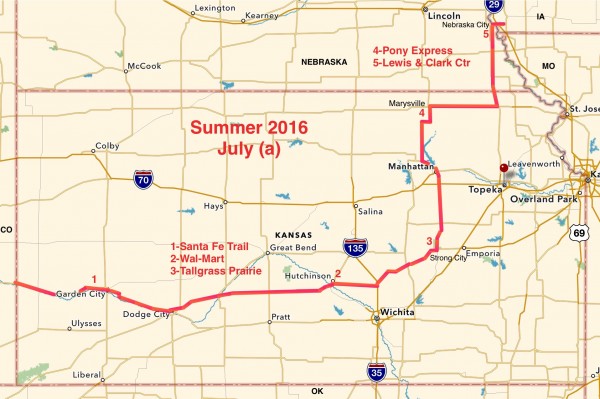 Iowa
Another fairly quick trip through Iowa, due to the increasing heat and humidity. Made a short stay by the Mississippi River, and a visit with a camping friend who showed me some interesting places. 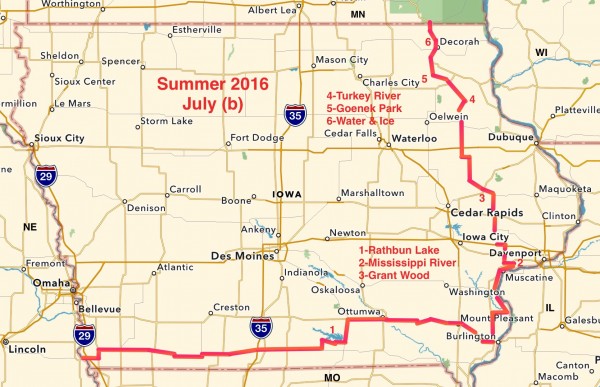 Minnesota and Wisconsin
Then it was northward to cooler temperatures in the Lakes Region of northern Minnesota. Lots of lakes, rivers, and waterfalls captured my attention; along with of course Lake Superior and Grand Portage National Monument. By the first week of August I was in northern Wisconsin. 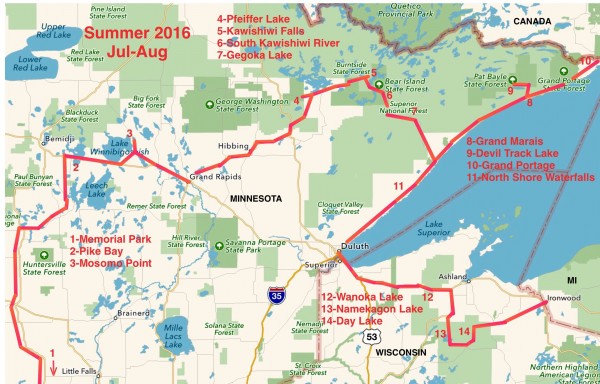 Michigan Upper Peninsula
For the rest of August, it was into the Upper Peninsula of Michigan. Waterfalls, dunes, a lighthouse and several camps by water were visited before a brief return to northern Wisconsin. 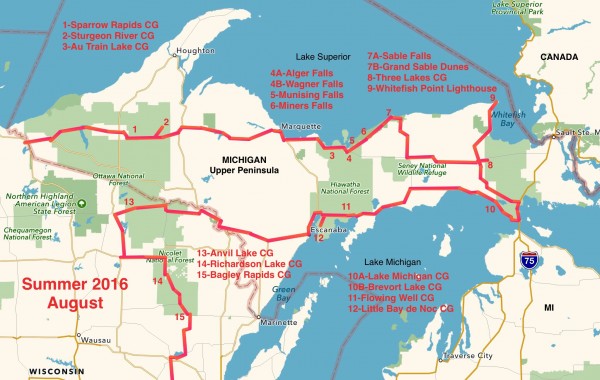 Wisconsin and Illinois
As September arrived, I finished my exploration of the Lake Superior area. Having seen and camped in portions of Minnesota, Michigan, and Wisconsin, I headed to Illinois to visit family. After the Labor Day holiday weekend, I departed southward for more adventures in the Mid-west. 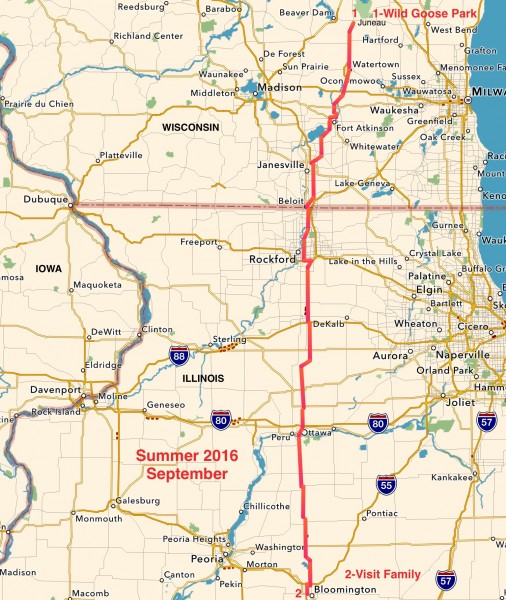 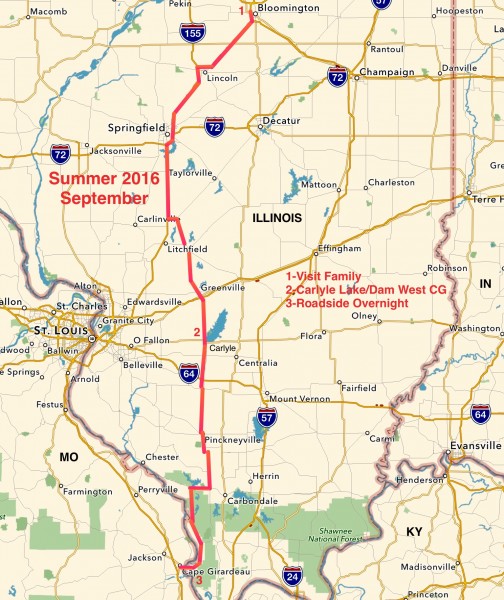 Missouri, Kentucky and Tennessee
A brief stay in southern Illinois, and then over into southeastern Missouri. I wanted to see the many springs and rivers in the Ozark National Scenic Riverways area. Also, to visit Land Between the Lakes in Kentucky and Tennessee. A plus was discovering Fort Donelson, a pivotal site during the Civil War. 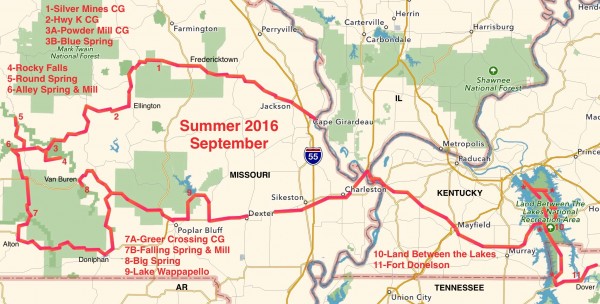