Staying High in the Summertime
I kept to the high mountains of southwestern Colorado and northern New Mexico to avoid the hot summer temperatures. Using both campgrounds and boondocks, I bounced from place to place staying at camps between 7,000 and 10,500ft elevation.

Colorado
Spent much of my time in the San Juan Mountains around Creede and South Fork. Saw some pretty nice things including rivers, lakes, waterfalls, and some carved trees. Then went through the Conejos River Canyon area. 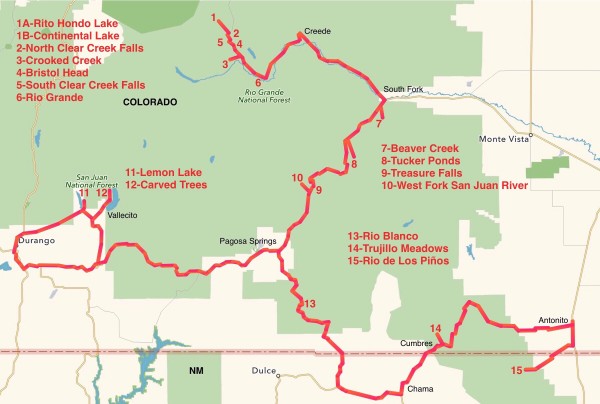 New Mexico
A camper mentioned that the area along the Río de Los Piños, just inside of New Mexico, was a good spot to boondock; so I had to check it out. Went to see the Río Grande Gorge, road the narrow gage Cumbres & Toltec Scenic Railroad through the mountains, stopped at Echo Amphitheater, hiked in to see the Tsankawi Ruins, and Overlook Point above the Río Grande. 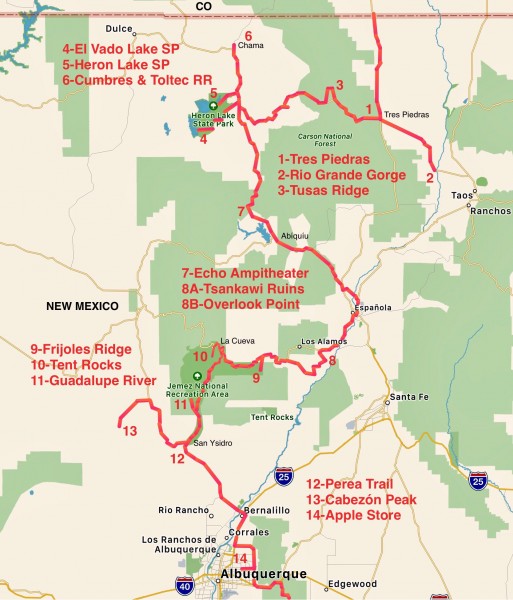 Got to see some Tent Rocks near a camp, drove along the Río Guadalupe and saw the Gilman Tunnels, hiked the Perea Nature Trail, and went to get a closer view of Cabezón Peak. Found some nice boondock camps along the way. Then, stopped in the Apple Store to get some computer stuff done. 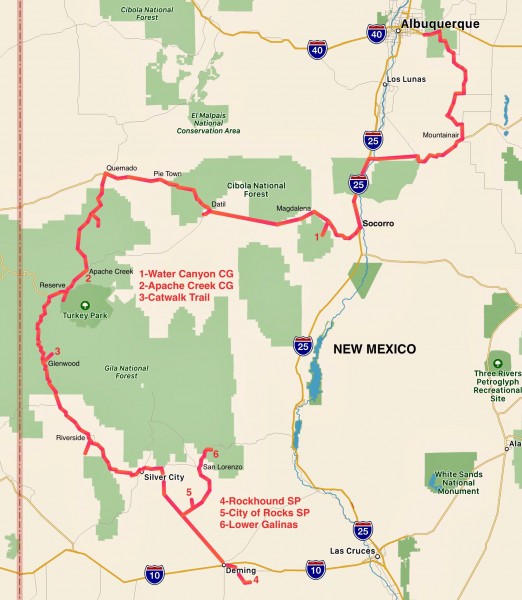 To finish out the Summer, I camped in a few familiar places like Water Canyon, Apache Creek, Rockhound State Park, City of Rocks State Park, and a Lower Gallinas boondock. I  stopped in Pie Town to eat some delicious pie, hiked the Catwalk National Recreational Trail, and explored the areas of Lower San Francisco Plaza, Bill Evans Lake, Mimbres River, and the canyon leading up to Emory Pass.