You are here: Home › battlefield 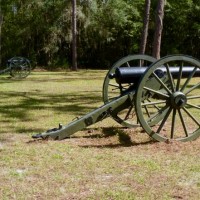 (Olustee FL) The Olustee Battlefield in northern Florida memorializes those who fought one of the bloodiest encounters of the Civil War. Sometimes called the Battle of Ocean Pond, about 5,000 Union and 5,000 Confederate soldiers clashed resulting in close to 3,000 casualties. Union forces, under Brigadier General Truman Seymour, sought to disrupt supply routes, recruit […] 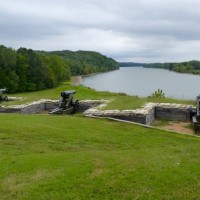 (Dover TN) Fort Donelson National Battlefield preserves the site of the first major victory by Union forces in the Civil War, and which made General U.S. Grant famous. (soldiers said U.S. stood for Unconditional Surrender) The battle was also the first use of ironclad gunboats commanded by Flag Officer Andrew Foote. The capture secured access […] 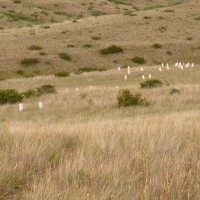 (Crow Agency MT) The Little Bighorn Battlefield National Monument commemorates the last great skirmish won by the natives during the Indian Wars, and the site of Custer’s Last Stand. The Visitor Center explained the history leading up to the pivital battle. A paved road wound through the hills where key movements and clashes took place. […]