(Ocala FL)
It was a short one and a half hour drive to my next camp at Silver River State Park. Again, I had a late start so didn’t arrive until after 6pm. Still, there was no problem getting a nice level back in site. A generous size pad with fine gravel, picnic table and fire ring, and separated from the next sites by the woods. This one was not as dense and closed in feeling as the last. Electric and water for three nights was $38.88 with senior discount and taxes. 4G LTE internet service with 4 bars made it extra nice. 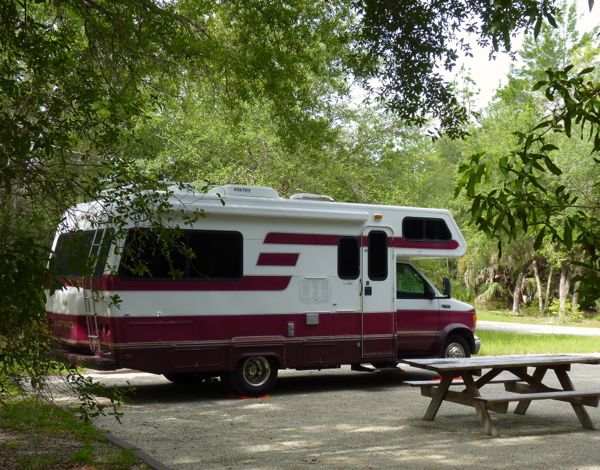 Getting level was much easier here. Since I had a late lunch, I fixed a salad for dinner and got caught up with mail and internet stuff. In the morning, I walked down to the recreated cracker settlement a short distance from my RV. There were several buildings with a garden, chicken coop, and period tools. 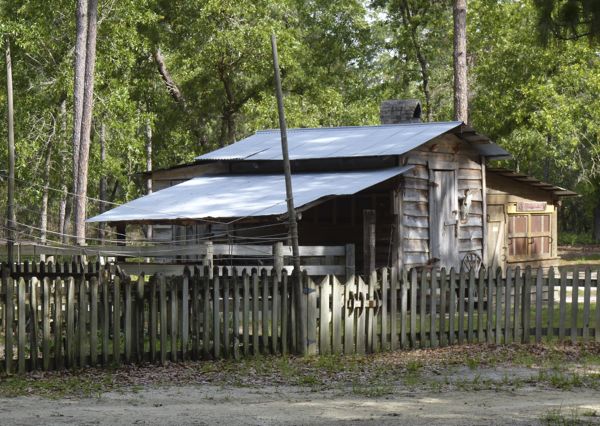 This is a very well organized park, with rental cabins, picnic areas and pavilions, a historic cracker settlement, park museum, library and classrooms for nature study. Everything is easily accessible from the RV camping loop via paved roads. The canoe/kayak launch onto the Silver River is down a forest trail. Plus there are several other easy trails winding through the forest with benches along the way for resting. 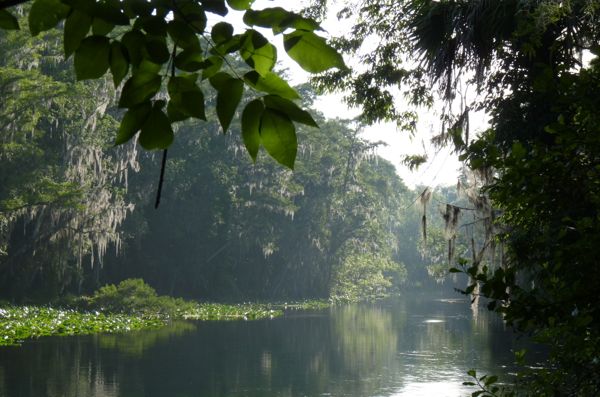 On another morning, I walked down the trail to the river to take some photos. You could already feel the heat and humidity, so I didn’t set up for painting. When I got back to my campsite it was still early. So, I did some work on Tardis. Some reflector strips were added to the rear bumper, side mirrors, and front bumper. I also installed the new hatch cover above the over cab bed, as the old one was yellowed and cracked from age. 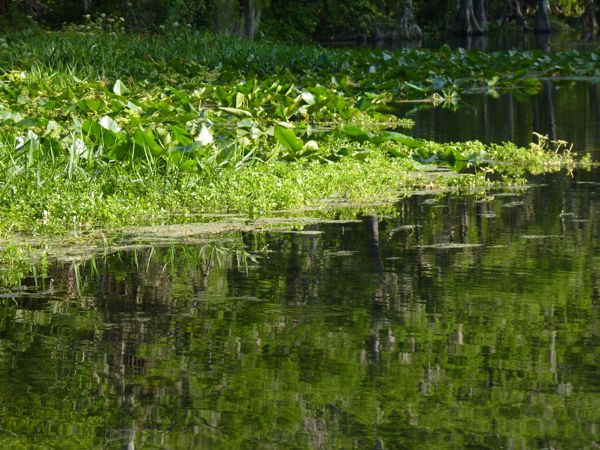 Water lilies on the Silver River

This park was very enjoyable and provided a good rest for a few days. Few people were here during my stay; probably because it was between weekends. It was spacious, and everything was nearby even though separated well. I left for my next camp in the late morning taking the blue highways. A stop for gas and lunch was planned along the way on the plein air journey.