(Petros TN)
While visiting my cousin, they took me to Frozen Head State Park for some hiking. It was overcast with some light rain off and on. However, that did make good lighting for taking photos during the morning. 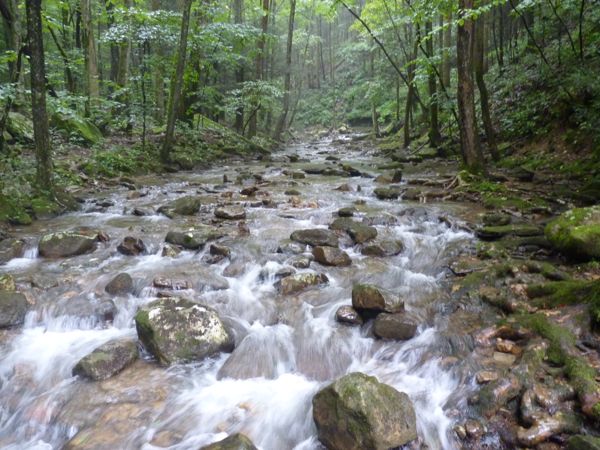 We went up the Panther Trail along the creek for about a half mile. There were lots of great shots, so I had to narrow them down to just a few. This rock formation above the trail looked awesome with the back lighting. 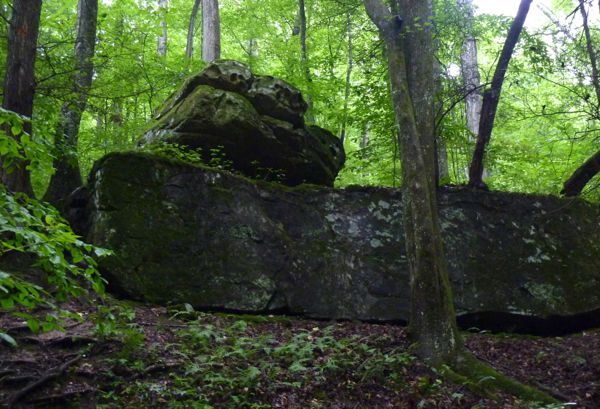 Boulder along trail at Frozen Head

We stopped our ascent at Debord Falls which had an overlook platform, and stairs down to the pool at the base. It felt like it was going to begin raining harder; so, we headed back down. And sure enough, the rains came just as we got back to the trailhead. 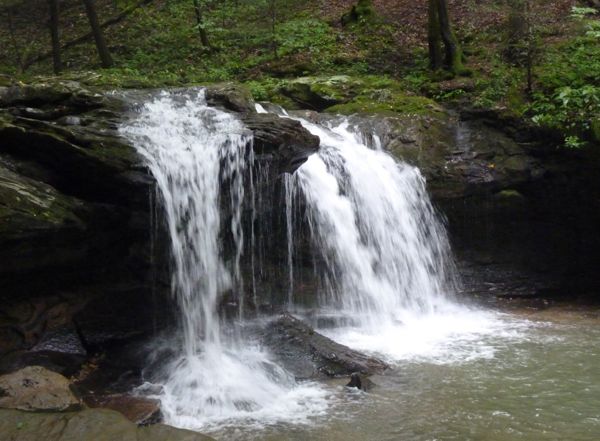 Frozen Head was a great hiking park, but had no RV camping there. The road in the park had several bridges too narrow for RVs. The following day I headed out toward my next camp. I was fortunate to find gas for $3.01 per gallon in Knoxville on my way.

(Roan Mountain TN)
Three hours away in northeastern Tennessee was Roan Mountain State Park. When I got near, I took some back roads for a scenic drive to the campground. Winding mountain roads snaking through a gorgeous pastoral landscape may have taken longer, but was worth it to me. 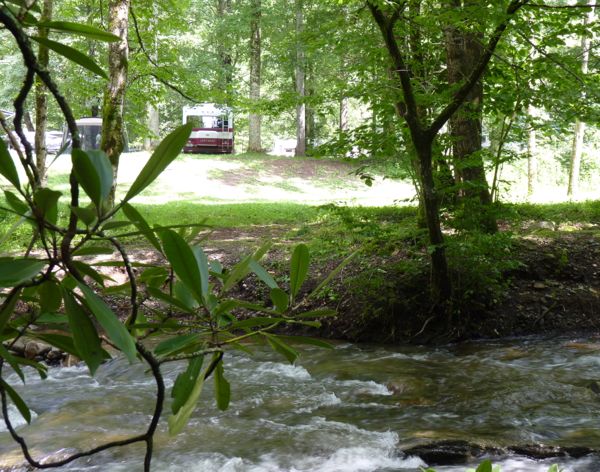 This park is known for its proliferation of rhododendrons; but, I was a month too late to catch the blooms. It sets at about 3,000 feet elevation, so cool temperatures prevailed. My site backed up to the Doe River which runs through the park. 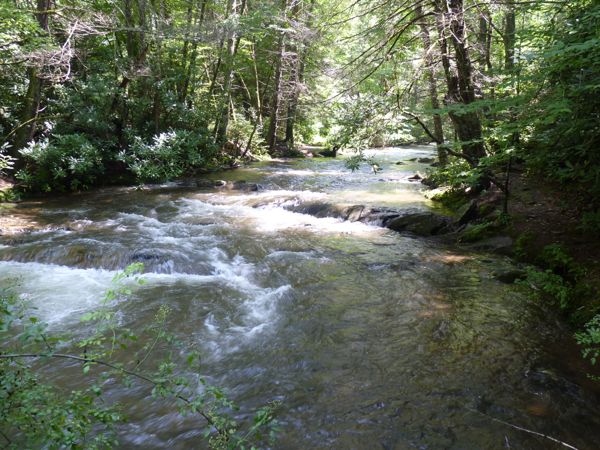 The river is not much wider than a creek here, but had some good rapids for photos. There are lots of trails which were muddy due to recent rains. I didn’t have time to try them anyway since I was only staying over for just one night. 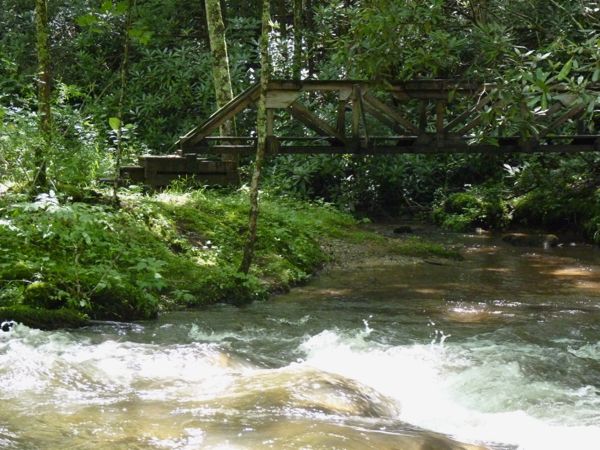 Foot Bridge by the Doe River

There was a trail along the other side of the river from the campground that went across this small foot bridge. It made for a nice shot. I left early the next morning heading back into North Carolina to visit another artist friend.