(Oneida TN)
Traveling south, I went to Big South Fork River National Recreation Area. This is a large park covering parts of Kentucky and Tennessee. After driving the 13% grade and tight switch backs I arrived at Bandy Creek Campground. 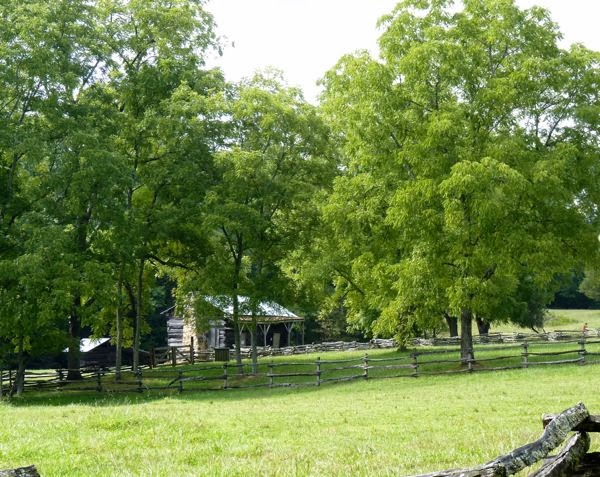 I took a hike through the woods which took me past the Blevins Farm homestead. The owners worked it with traditional methods from 1870 to 1980. The buildings and fields have been maintained as they were at that time. 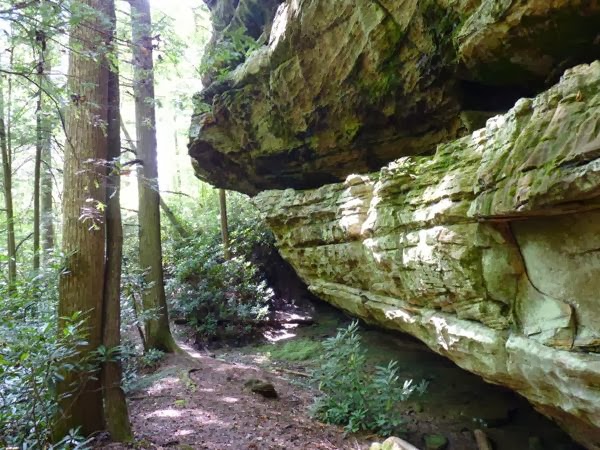 Rock ledge along the trail

Further along the trail were Bandy Creek, a few remnants of other early settlement, and the ledges area. These were several cliffs with overhangs used by Indians and early hunters. The only other hiker I saw on the trail was a doe that crossed the path, paused to check me out, then continued into the woods. 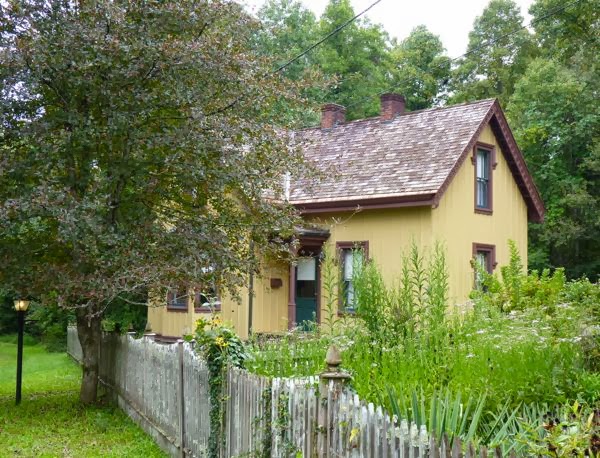 Cottage at village of Rugby

My cousin came out to see me, and took me to Harrow Road Cafe in Rugby. It serves a menu of authentic English dishes, like Bangers and Mash, Welsh Rarebit, Fish-n-Chips; I had the Shepherds Pie with side salad and tea. This is a small community recreated from a failed English settlement of the 1800s. Buildings have been restored, there’s a Visitor Center, and they have walking tours, and seasonal events. 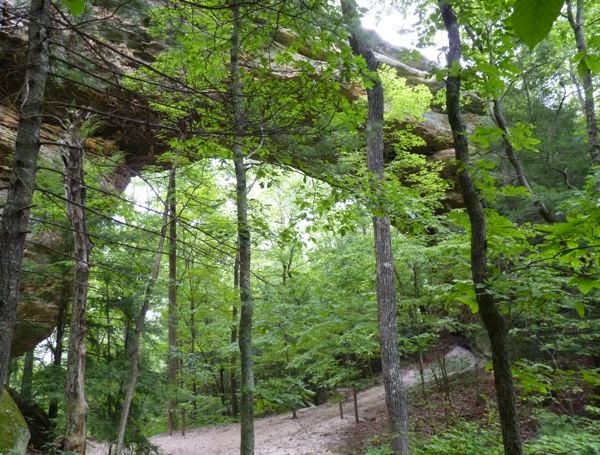 Afterward we went for a hike to Twin Arches. The trail took us to the top of them, and steep stairways led down to the bottom viewing area. There are two right next to each other, which is supposed to be rare. The north arch is 93 ft wide and 62 ft high, and the south one is 135 ft wide and 103 ft high. The view would be much better in early spring or late fall when leafage would be thinner. 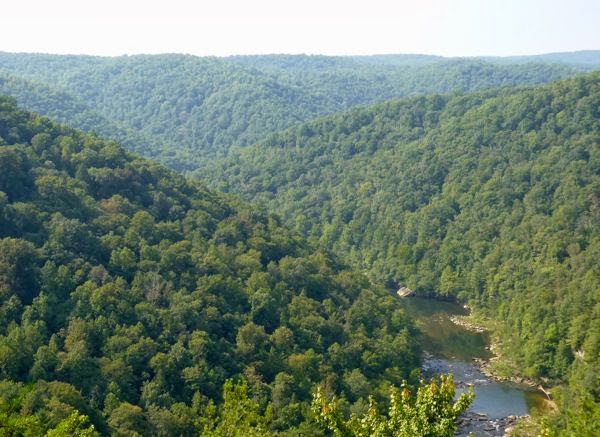 On the way out, I stopped to see the East Rim Overlook. A deep 500 feet gorge cut by the Big South Fork River that empties into the Cumberland River. I enjoyed my time at this park and only saw a fraction of what is available in the area.

The Loft
The Head