(Elephant Butte NM)
While heading up the road to the next camp, I saw someone off in the distance waving me down. It turned out to be my friend Ken. He asked me if I wanted to go with him on a hike into Rock Canyon. I thought about it for maybe two seconds, and then replied, “Sounds great, sure let’s go!”

So, I parked Tardis well off the road, grabbed my camera, and away we went out onto the mesa. We picked up a gravel road part way, and followed it to a place he knew would be an easy climb down. He explained that if you continued on the road you would end up at the top of a cliff. 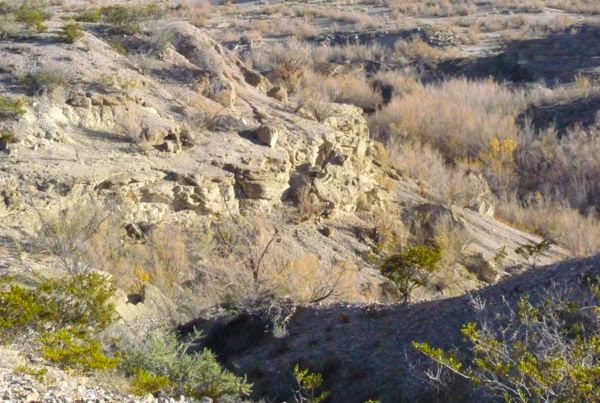 Down there is where we were headed. The above photo is deceiving. What looks like bushes, on the right below the cliffs, were actually the tops of trees. We gradually descended into the canyon and picked up a wash that took us through some rugged vertical rock walls. 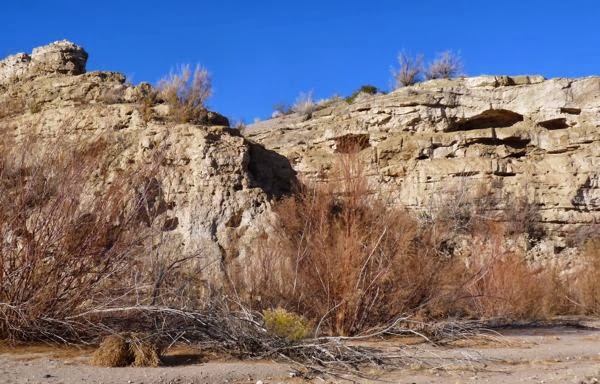 Rugged walls in the wash

There were several amazing boulders along the way. Some were a good 10 feet high or more. I could imagine spending a lot of time painting in this canyon. Have I said that I really like rocks! 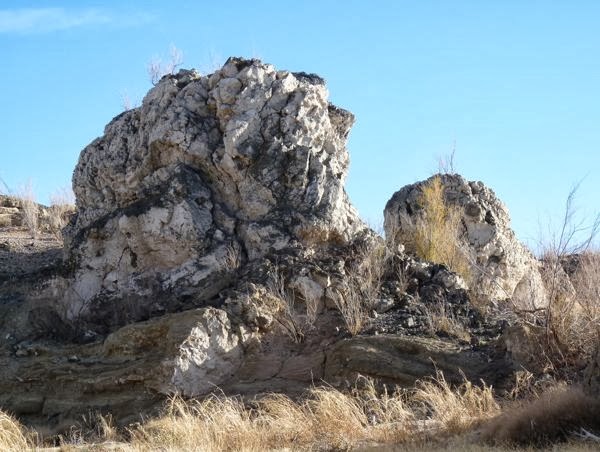 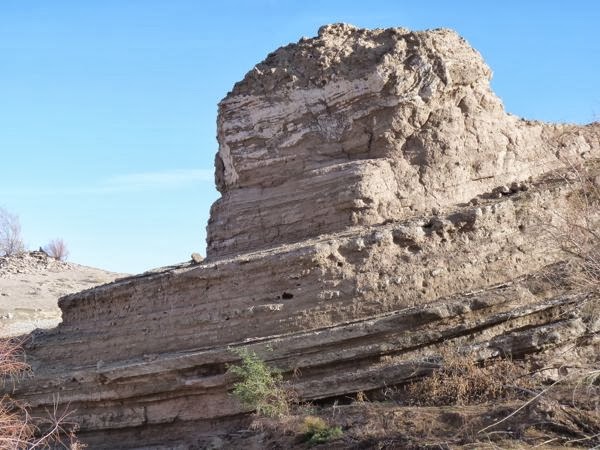 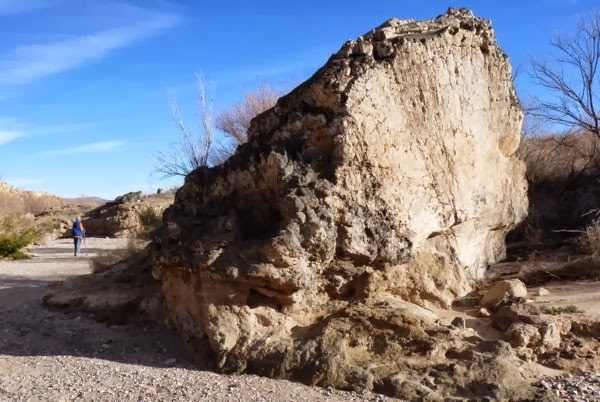 Big rock in the trail

Ken was into a vigorous hike and was often way ahead of me. After all, he had hiked this canyon many times and taken hundreds of photos. He would wait patiently for me while I was shooting all the interesting rock formations. When we reached the lake, it was time to return. 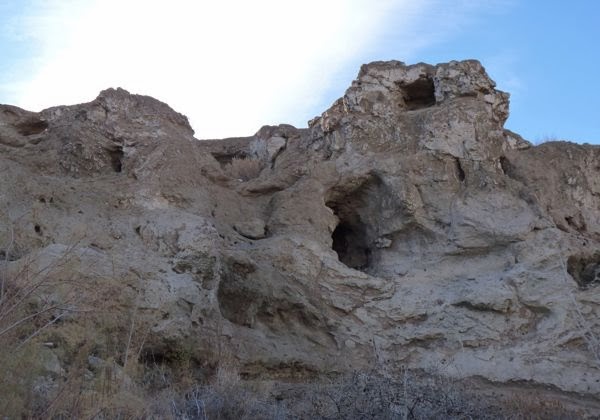 Odd holes in the cliff 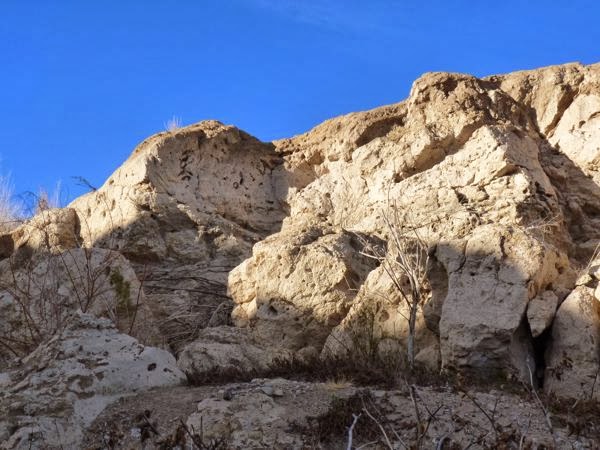 Ascent out of Rock Canyon

Up there was where we had to go. Climbing out of the canyon took a little more effort. It was somewhat steep and with a few tricky crevices to jump over. But, it wasn’t as hard as I thought it would be. Soon, we were back on top of the mesa and had an easy walk back to the rig. 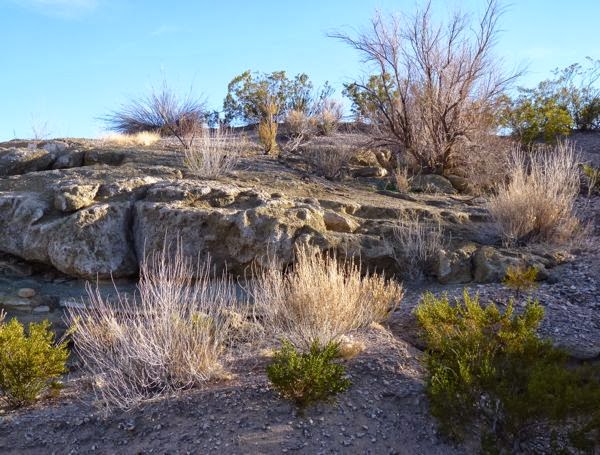 Almost back to top of mesa

It was a fun hike. Not too long or strenuous. And, lots of big rocks; which of course is why it is called Rock Canyon. I’m glad I stopped and went on the hike. And, I still got to the campground before dark. That was another example of the spontaneous nature of this lifestyle.