Getting ready for my trek to the northwest, where I will roam around for the summer, would require some preparation. So, I spent a week being sure all systems were operating well.

(Albuquerque NM)
Went to the big city to have the genset serviced. It’s been a year since I bought the rig, so I thought it was time. Most of my camping will be off grid, and it will be used a lot. While there, I fueled up on gas as prices tend to be lower in more populated areas. 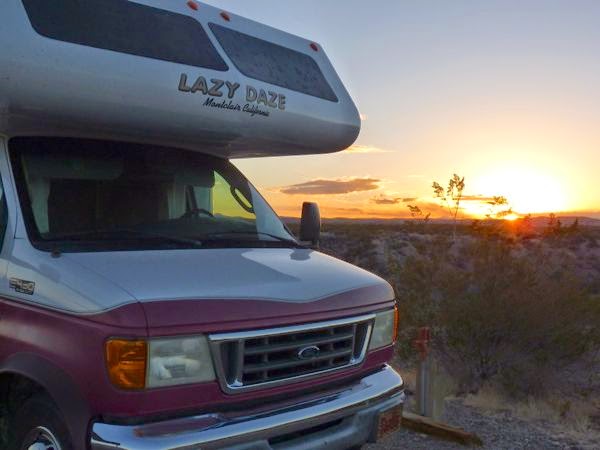 (San Antonio NM)
On my way back south, I stopped to have dinner with my friend John; a fellow full-timer and Lazy Daze owner. He made the custom leather organizer for the cab in my rig. We probably won’t meet up again for a long while since he is headed east.

(Truth or Consequences NM)
Got groceries, propane, mail, and did laundry. Also, met with another full-time Lazy Daze owner who is planning to hike the Pacific Crest Trail. He is currently training in the New Mexico mountains. 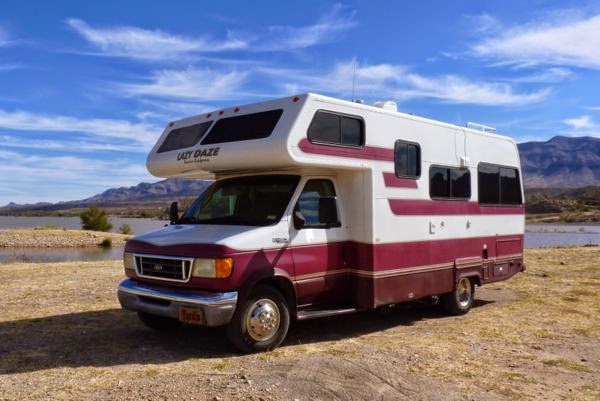 (Caballo NM)
Dry camped two days for free at Percha Flats to verify systems worked, since boondocking will be the norm during the first part of the trip. I then moved to an electric and water hook-up site to charge all my devices and to fill the fresh water tank. Before I left, I checked engine fluids, aired the tires and dumped the waste tanks.

Having prepared, as best I could, I headed out for the long trek to the northwest. And, I was really excited to be in travel mode and on my way.

One Response to Trek Prep