(Burbank WA)
My first stop in Washington was at Hood Park Campground; a nice Corps of Engineers park by the Snake River near to where it empties into the Columbia River. The forecast was for temperatures in the upper 90s. So, a site with electric was welcome which allowed me to run the air conditioner without the genset. 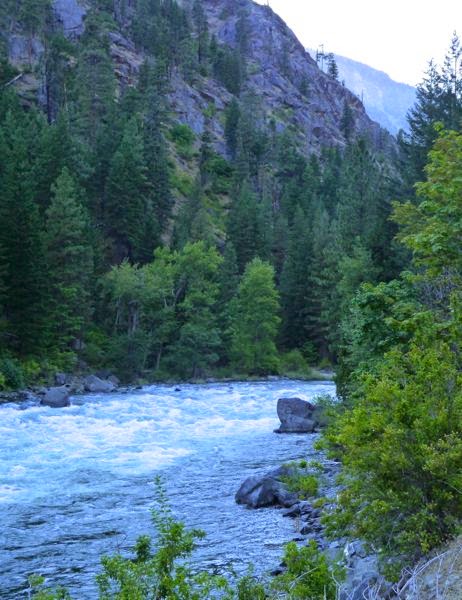 The road to my next camp had some spectacular scenery. Most had no place to pull over in order to take photos. I did get some shots of the Wenatchee River though; but, not of the best locations.

(nr Plain WA)
I was headed to higher elevation seeking cooler temperatures. Information I had about a boondocking spot in the Wenatchee National Forest, turned out to not be possible. The road in was overgrown with vegetation, and deeply rutted. There was no way Tardis would get through it. 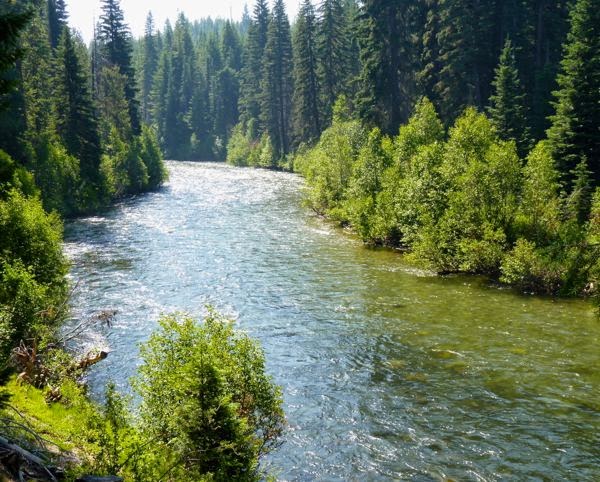 So, I searched around the area and found another sweet spot overlooking the Chiwawa River.  At almost 2,400ft it was a bit cooler, but not by much. The view was nice, and I saw nobody while there except a deer that walked through one morning.

Unfortunately, there were tons of mosquitoes which I was constantly swatting. So, my stay was shorter than I had hoped.