(Grand Marais MN)
Situated on the north shore of Lake Superior was the village of Grand Marais. A popular tourist destination with shops, galleries, restaurants, and lodging. It was easy to walk around the small town to see the offerings. 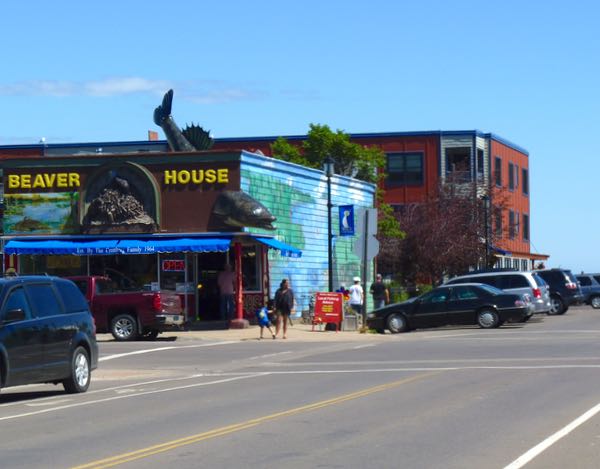 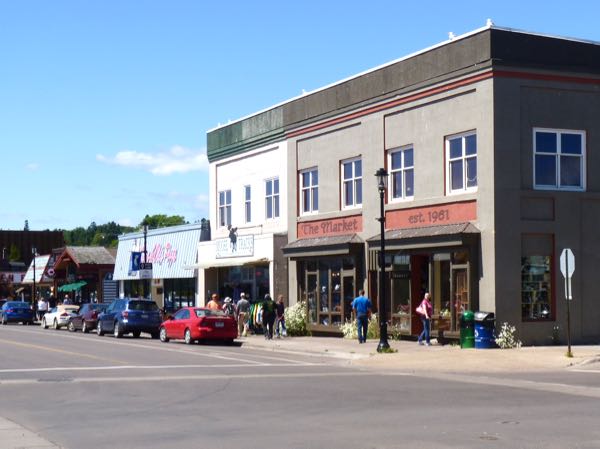 Shops near the Harbor

I stopped there for lunch on the way to my next camp. Getting a fish dinner was my goal; but, all of those spots were too busy. So, I settled for pie at Sven & Ole’s Pizza. Have you ever eaten Scandinavian pizza? 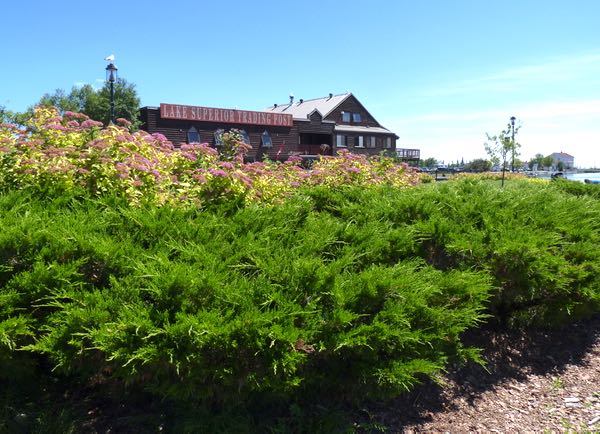 Flowers in the Park 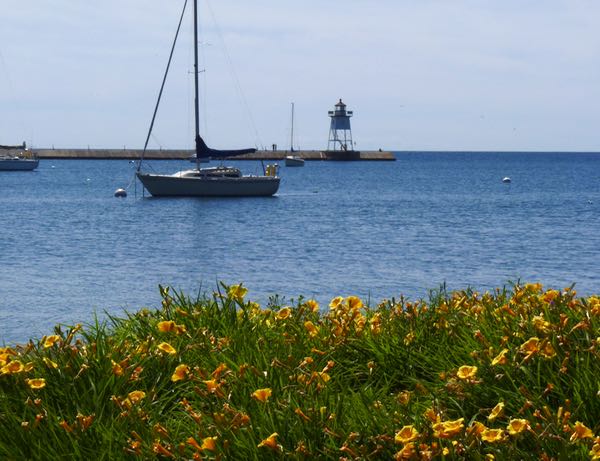 Flowers by the Harbor

There were flowers in the cute park next to the harbor for the boats, and a small lighthouse that marked the entry. It was quite a nice place, even though I don’t usually care much for touristy towns. 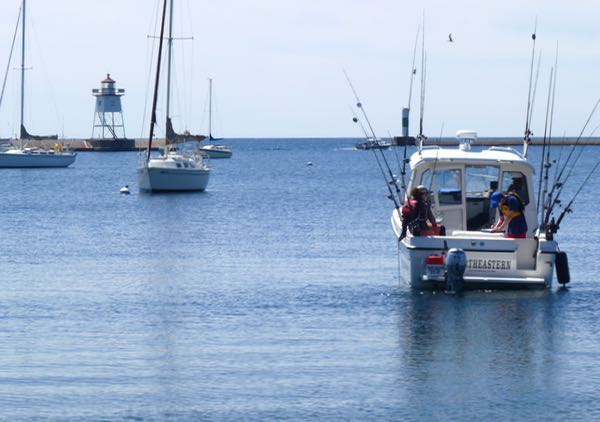 Lighthouse & Boats in the Harbor 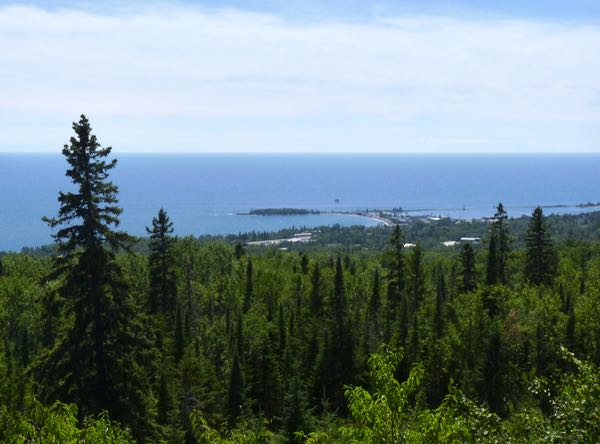 (Grand Marais MI)
Surprisingly, there was another harbor town, with the same name, on the south shore of Lake Superior. Located on the Upper Peninsula of Michigan, it too was a tourist stop with similar features as the one in Minnesota. 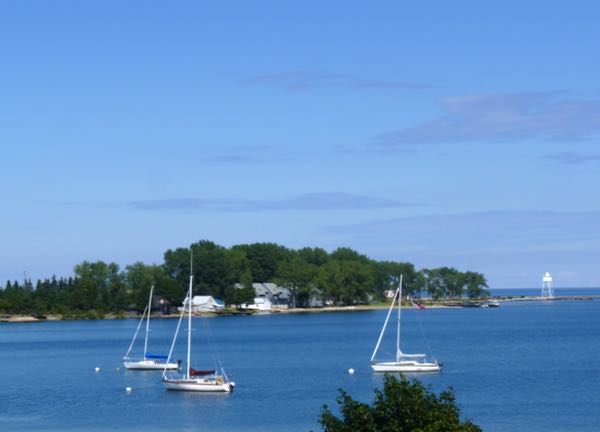