You are here: Home › Kawishiwi Falls
By Pleinguy on September 8, 2016 in MW, Travel

(Winton MN)
A one mile loop trail went through the forest leading to Kawishiwi Falls. The night before there had been a thunderstorm with fierce winds. So, I was a bit worried of what I might find in the dense woods. 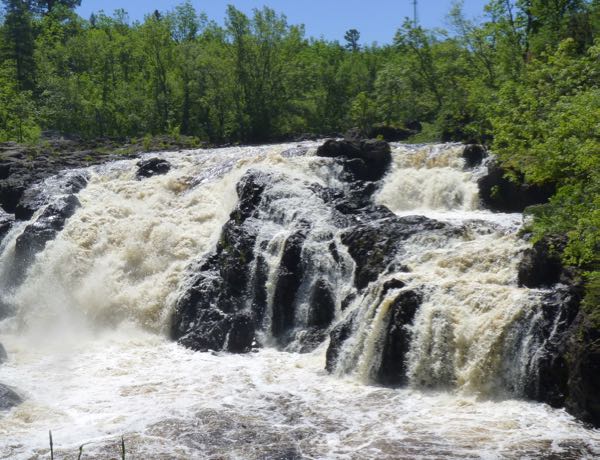 Sure enough, there were downed trees across the path in several spots. Some scrambling over, around or beneath them was required to continue. It was a good thing that a portion of the trail was on a narrow boardwalk, because there was much standing water. 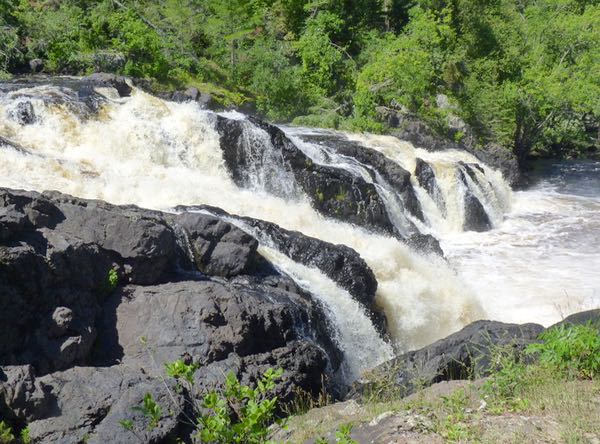 Kawishiwi Falls from the Side 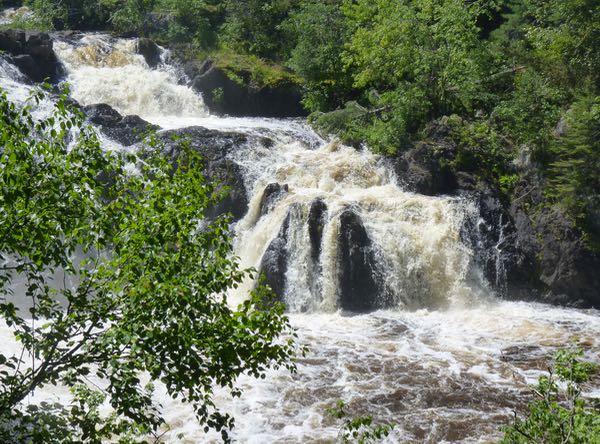 My efforts were rewarded with a raging waterfall viewed from the edge of a rocky cliff. I spent awhile photographing from different viewpoints, and admiring the plunging waters, before returning to Tardis. 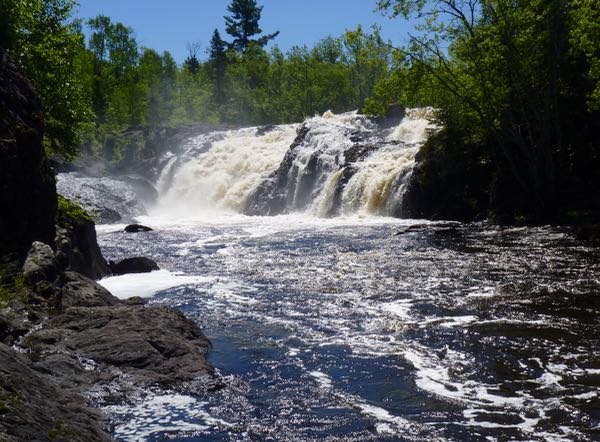 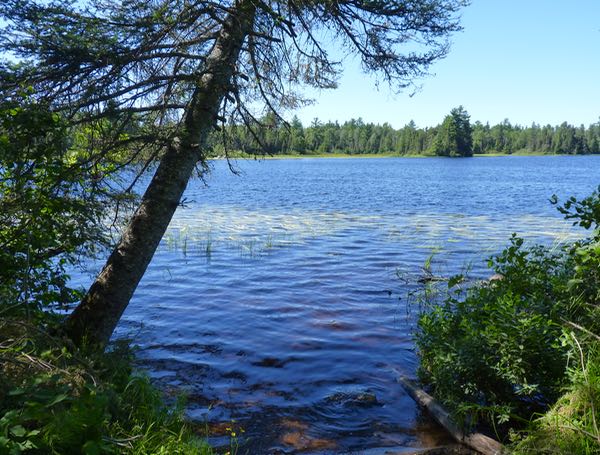 Kawishiwi River at the Campground

Afterward, I went to lunch in Ely at the Subway, as it was the only café in town that had electricity restored. Then, I headed southward to find my campsite along the river.