(Munising to Grand Marais MI)
On the Michigan Upper Peninsula, in and around the Pictured Rocks National Lakeshore, were numerous waterfalls. I stopped to see five that were on my route bordering Lake Superior. 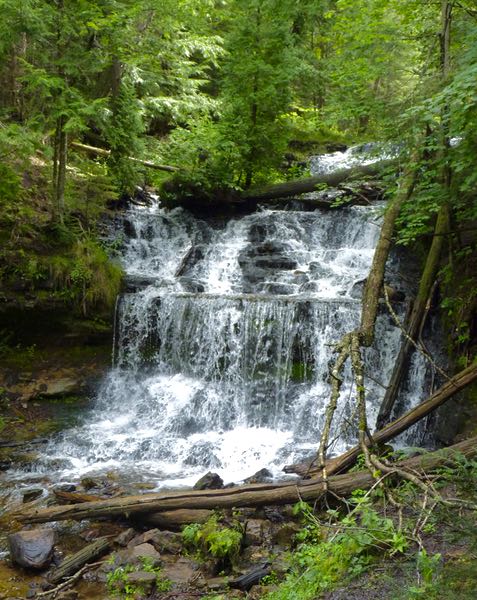 The SE outskirts of Munising had 20ft Alger Falls next to the highway. A small hop from there was 20ft Wagner Falls found down a short trail from the parking lot. I thought Wagner was prettier, and with a picturesque creek at the base. 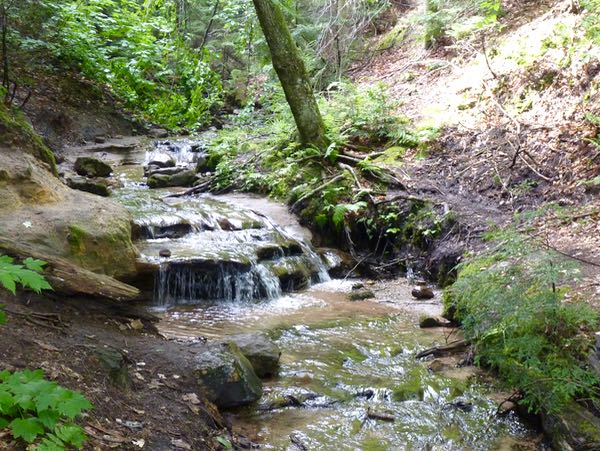 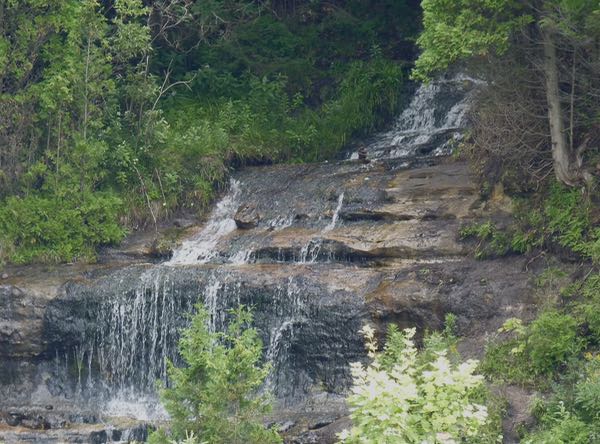 Munising Falls, with a 50ft drop, was on the NE edge of town. Pouring off a ledge, it had a bridalveil look; although there was another fall with that popular name. However, that one was visible only from upon Lake Superior. 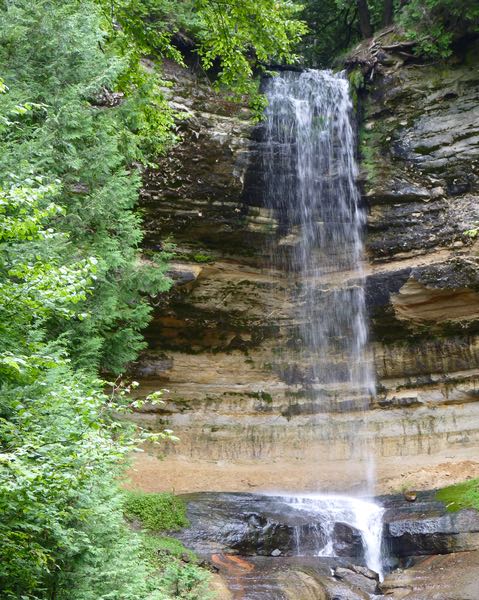 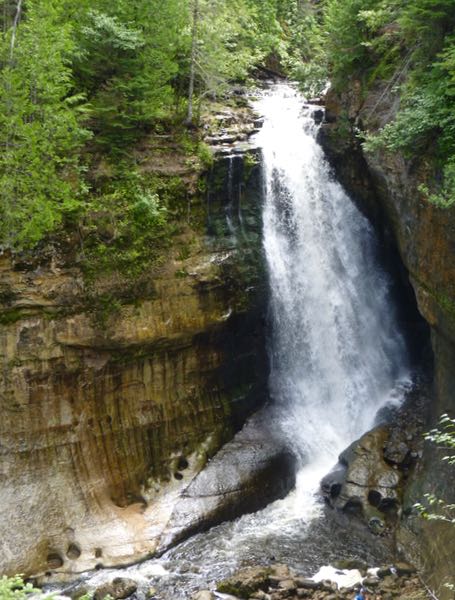 Continuing further east took me into the Pictured Rocks National Lakeshore. A spur road toward the big lake led to a 1 1/4 mile round trip trail to Miners Falls. Its 50ft drop seemed more impressive due to more water tumbling down. 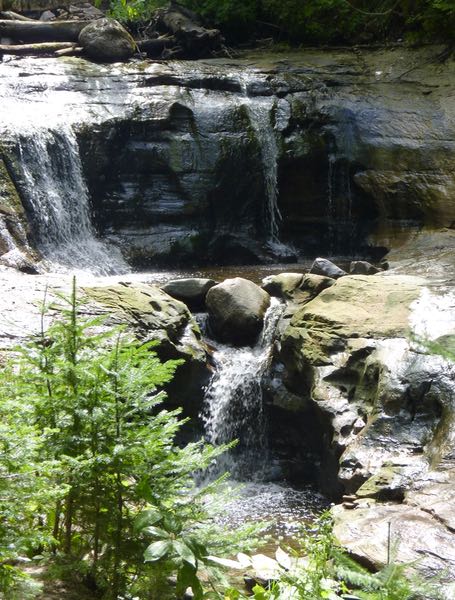 At the east end of the park was Sable Falls on a short trail. However, the 169 steps down to the falls made it more difficult. The 75ft cascading falls had to be viewed in sections, and many trees made a good shot hard.

Finding a campsite anywhere near the shore was impossible. So, I headed inland where I found one on a small lake. Only two other campers were in the campground.