(Rileyville VA)
After I spent a week visiting an artist friend and my cousin in southern Virginia, it was time to continue the journey northward. As usual I chose to avoid the interstate highways, and took routes that paralleled the eastern side of the Blue Ridge Mountains. Eventually, I headed up a canyon and got onto Skyline Drive. 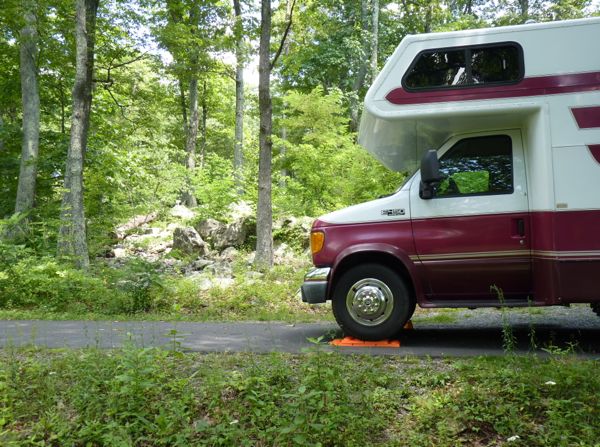 This took me through the northern portion of Shenandoah National Park. Spent two nights at Mathews Arm Campground for $15 with Senior pass. No hookups, but there was a dump station. Sites had paved pads and were rather close together; but there was ample growth between most that provided some privacy. The site I chose had a rock outcropping which blocked the next one. It was my first camp with no cell or internet service; elevation 2,750 ft. 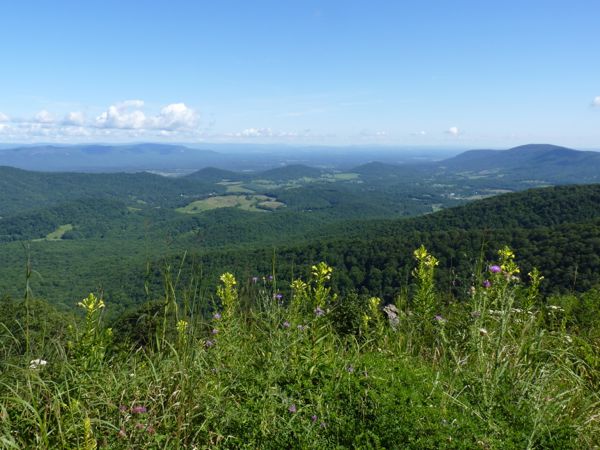 Scenery on Skyline Drive was similar to the Blue Ridge Parkway with overlooks of the Shenandoah Valley here and there. Coming off the mountains near Front Royal, I continued on the blue highways and into Maryland to visit my step-brother for a couple of days. Then I pointed it northward again.

One Response to Oh Shenandoah