(East Otto NY)
My next camp was in East Otto State Forest in western NY. A nice drive past farms and small villages led me to this free campsite. Suitable only for small rigs, the sites had only a fire ring, low hanging branches, and a very small space in which to park. It was difficult finding one I could fit into, and was also reasonably level. I left after only one night as heavy rain was predicted, and I feared it would get too muddy. But hey, can’t complain about free.

(Berlin Center OH)
The next leg of my trip started on country roads, but led to a long stretch of interstate highways. This is not normal for me. However, I felt the urge to get out of New York State. Besides, I would be needing gas soon, and getting into Pennsylvania meant much lower prices. I made it to Erie PA for gas, then stopped at a rest area for lunch. 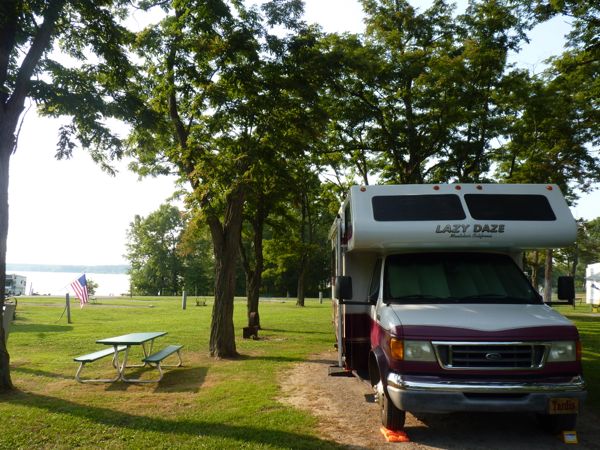 After entering Ohio, I left the interstate for state and county roads that led me to my next camp at Berlin Lake. Mill Creek Campground is an Army Corps of Engineers (ACE) managed recreational area. As usual, it was a nice park with fairly level pads and a lake view. I stayed for two days.

(Fredericktown OH)
Again, I chose mostly the blue highways to reach the next camp. Kokosing Lake was another ACE campground on a reservoir formed by a dam on the river. There was a difference, as it was not managed by the Corps. Therefore, the rate was considerably higher, since I received only a 10% senior discount. In Corps managed parks, like Berlin Lake I get a 50% senior discount. 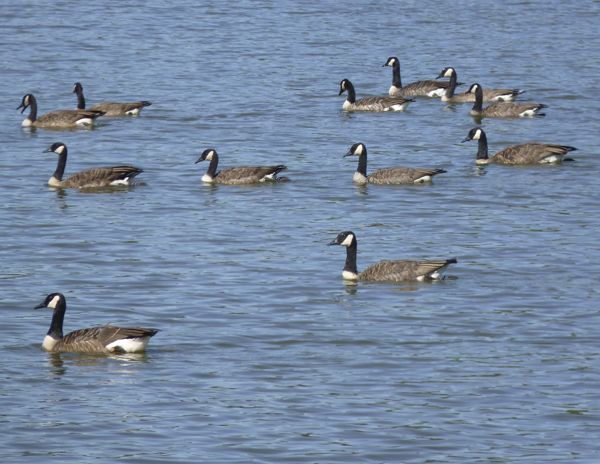 One reason for stopping there was to visit an artist friend. He also RV’s and was visiting family nearby. We had a good meet-up and discussion about full-timing and painting. In the evening the campground had a chili-cook-off, so I got to sample several versions of another one of my favorite foods. The next day it was down the road again.