(Deming NM)
Nestled against the Florida Mountains, in southern New México, is the popular Rockhound State Park. I can see why; as the setting is fantastic. sites are well spaced with all having good views. Mountains to the south and east, and desert to the west. 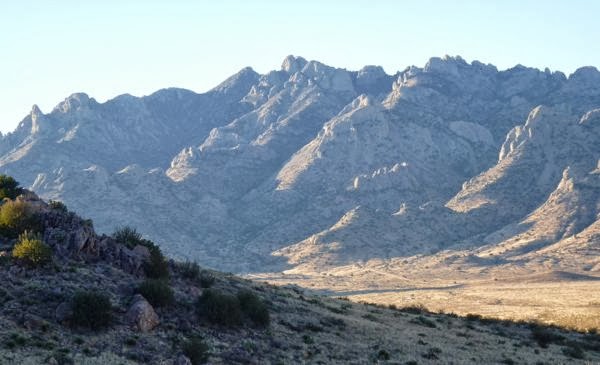 It certainly is well named. There are plenty of rocks of all sizes and many types. From tiny gems to huge boulders, which were easily accessible. And, they allow you to take up to fifteen pounds of rocks with  you. Most places prohibit doing that. Although rock collecting is not advisable RV hobby. 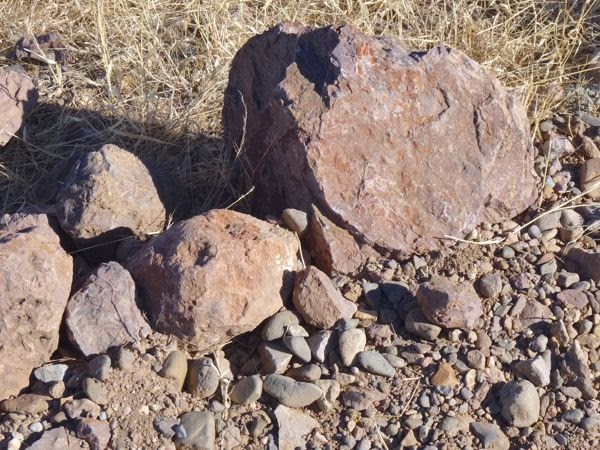 I hiked many of the trails; varying my treks between mornings and evenings. Benches and flat boulders along the paths provided resting stops. There were many smaller trails branching off of the main ones. Presumably taken by rockhounds searching for that special stone. I did not venture up any of those. 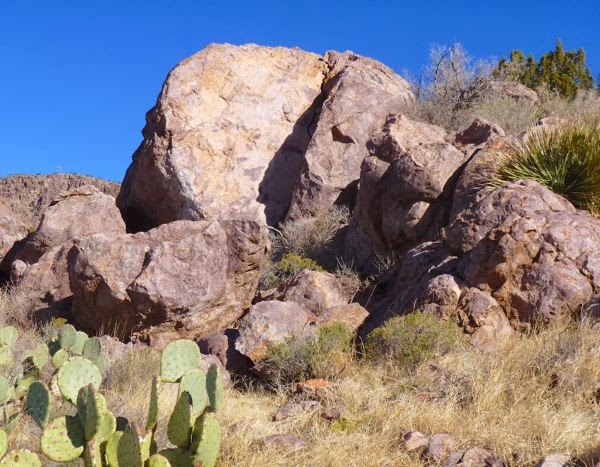 Three small desert gardens, with some of the plants having name tags, were another option. Those helped me to build my reference photos. And, they were a nice easy stroll; very different than hiking in the mountains. A park volunteer told me that, in March, the hills are ablaze with Méxican Poppies. 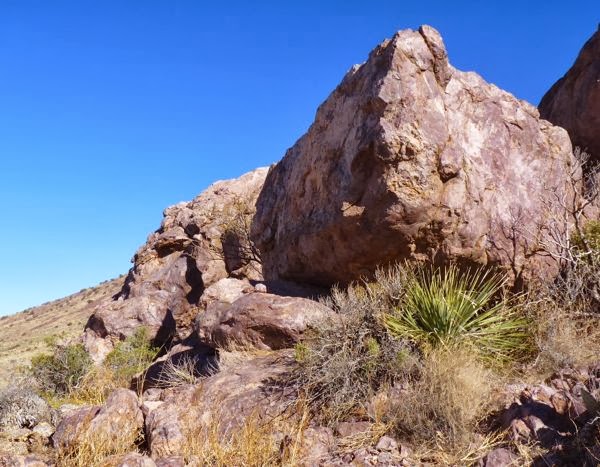 Except for the first photo, these shots are in the Little Florida Mountains which are directly behind the campground. As usual, a few were selected from the many taken. Have I mentioned that I really like rocks? So, I enjoyed wandering around. 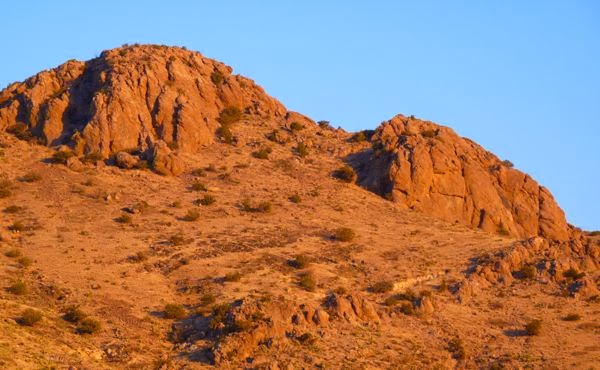 The weather was perfect while I was there. Mostly sunny days with highs around 65-70, nights mild in the 40s. A light cool breeze was blowing most of the time. Hard to beat that in the middle of winter.