My trek to the northwest continued up US-395 along the eastern edge of the Sierra Nevada Mountains. I had heard so many stories about the beauty of this route, that I just had to travel this way.

(Lone Pine CA)
The Alabama Hills are situated between the town and Mt.Whitney the highest point in the lower 48 states. I drove through Movie Rd and saw lots of free campsite possibilities amongst the boulders. 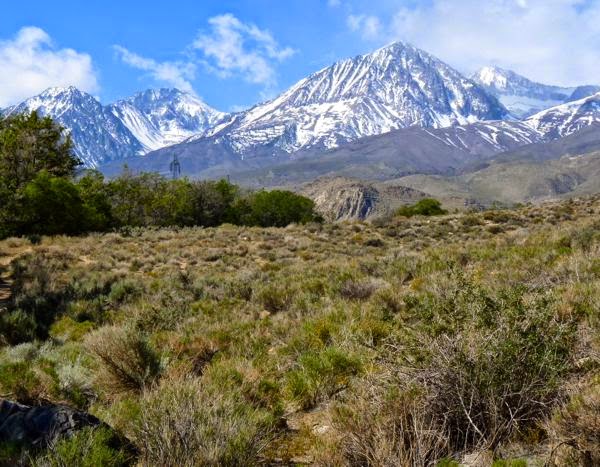 Unfortunately, the day I arrived there was a hazardous winds advisory. For several days, winds of 35-45 MPH gusting to 75 were forecast. It was mostly sandy ground, and I wasn’t going to sit through that when I have wheels on the RV.

(Big Pine CA)
So, I moved up the road about 50 miles to a county campground called Baker Creek. It was sheltered somewhat by a high hill and a grove of trees along the creek. This spot was recommended by Ted from the Life with Kurumi blog. 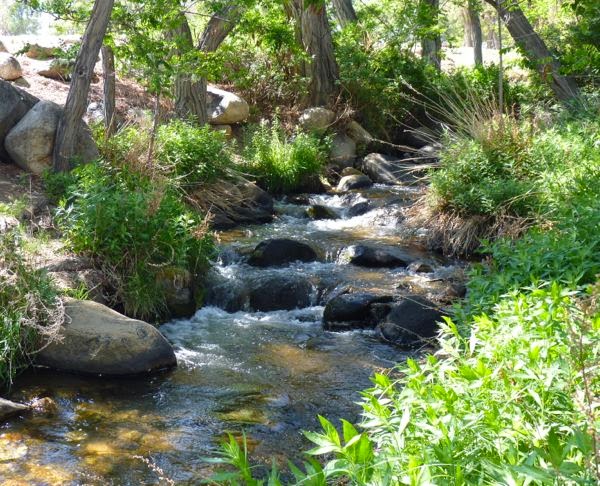 At $10 per night for dry camping, I considered it expensive. We stayed there for two days. The winds were not nearly as bad as forecast; although only 10 miles south they clocked them at 69 MPH.

(Bishop CA)
After the winds subsided, we moved further north up the 395. A BLM camp turned out to not yet be open for the season. So, we headed over to Buttermilk Rd to do some free boondocking there. 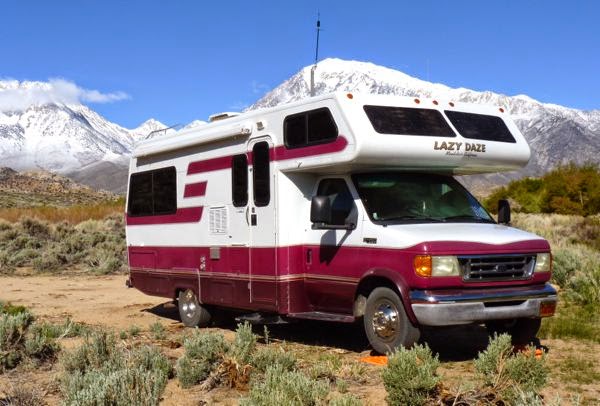 We spent three lovely days next to a babbling brook, with the snow covered Sierras for a backdrop. But, we were then rousted by the LA Water District folks who told us we were on their land. Someone had stolen the no-camping sign, and we were only 200 feet beyond the legal BLM area. 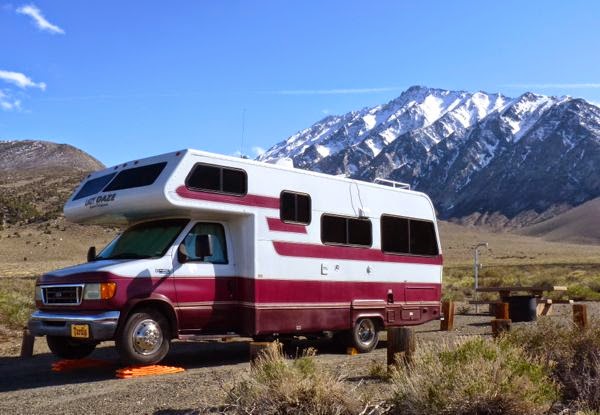 It was a nice spot with views of the Sierra Nevada and of Crowley Lake. I stayed for 9 days then moved on, while Ted had purchased an LTVA pass and planned to stay for the summer. It’s convenient to Mammoth Lakes, and several interesting trails up toward the John Muir Wilderness.

(Crestview CA)
Did laundry, got gas and propane, and resupplied the cupboards on the way to my next camp. It was only 25 miles north to Big Springs CG in the Inyo National Forest. At 7800 ft it had tall pines, hills, and a crystal clear creek with trout. 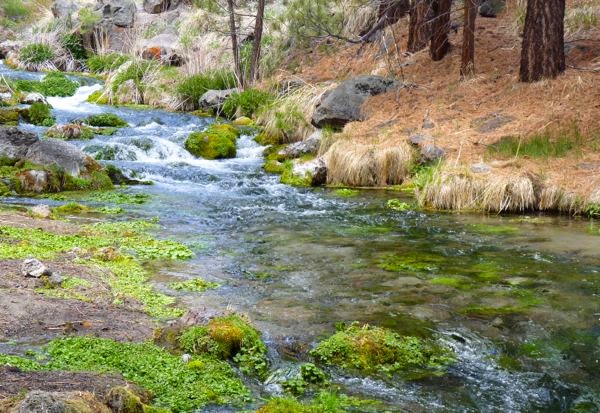 I had a nice site with picnic table, fire ring, and a nearby vault toilet. It snowed the first and third nights there, but melted away in the morning. A quiet place about two miles off the main highway, with just a couple of other campers, and it was free. I even had a 3G internet signal.

(Lee Vining CA)
Spent two days at a boondocking spot overlooking Mono Lake, Inyo NF. Then went down to Navy Beach and the Tufa South viewpoint to take photos of the lake and the strange formations. 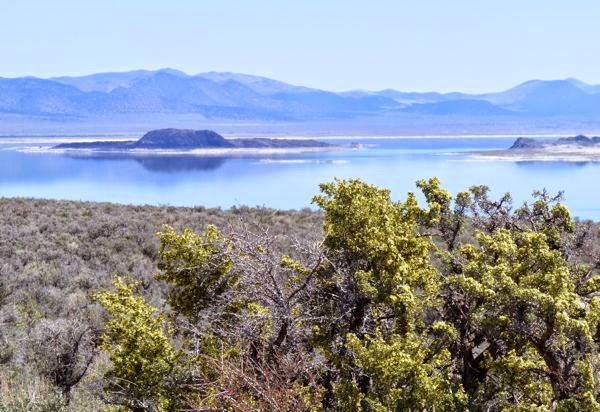 The rocks didn’t appear as I had imagined; maybe the light, or just too much prior information. Look for a separate post with photos taken of the Mono Lake tufas.

(Walker CA)
I drove into town to eat at Walker Burger which came highly recommended. It was good, and they had a nice outdoor eating area under the trees. Back down the highway, about three miles, I found a nice boondocking spot next to the Walker River in the Humboldt-Toiyabe NF. 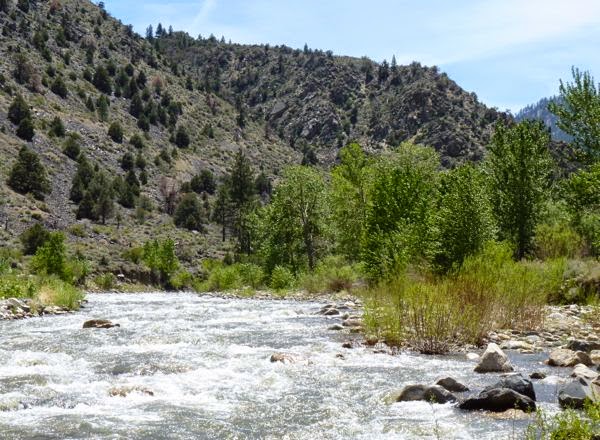 Then, it was north on US-395 into Nevada where I resupplied in Carson City; food for the pantry, gas and propane. It’s a nice route to take with a variety of camping options. I’m glad I took the opportunity to pass through on The 395.