(Cottage Grove OR)
Went to this town south of Eugene because they have several covered bridges fairly close to each other. But, the weather did not cooperate, as it rained for three days. So, I hung around at two different BLM campgrounds while waiting it out. 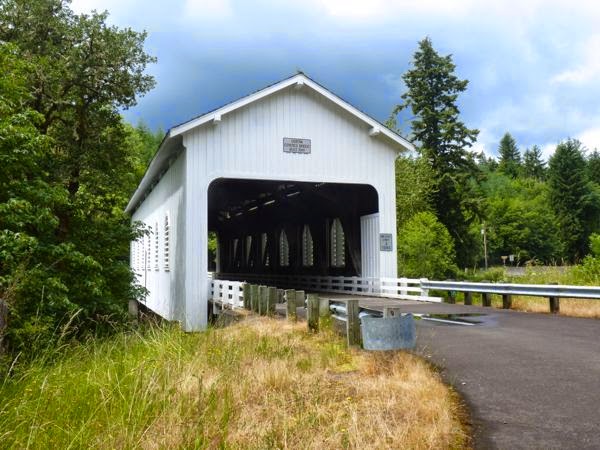 My assumption was that such bridges were covered to prevent horses from seeing the precipice or water they were crossing and so being spooked. However, I have since learned that the purpose was to protect the wooden structural members from the weather. Thereby, extending the life of the bridge for many years. 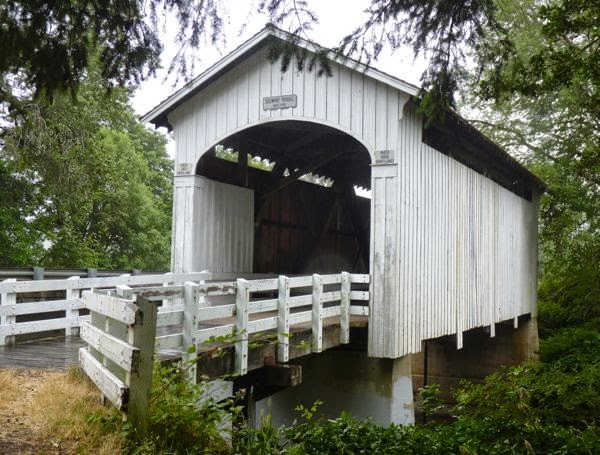 Most had standard designs, but a few were unique to their situation. Some bridges still serve their original purpose, and others have been converted to foot traffic use. Still, they all were lovely and reminded me of a time when life went at a slower pace. 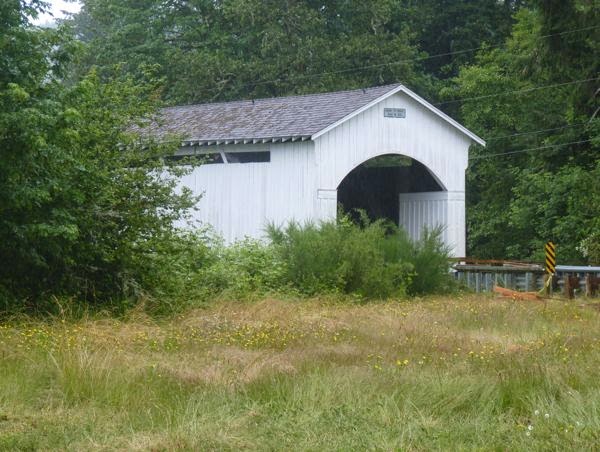 Centennial bridge, the newest one, was downtown in a park setting and meant for pedestrians only. It was built in commemoration of the founding of Cottage Grove with timbers salvaged from a dismantled bridge. 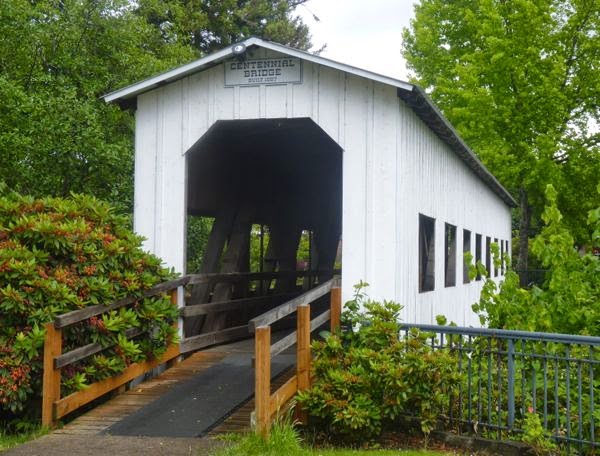 The road to Currin Bridge was closed for repairs. And, the Chambers covered railroad bridge had no parking nearby. So, I didn’t get photos of either of those bridges. 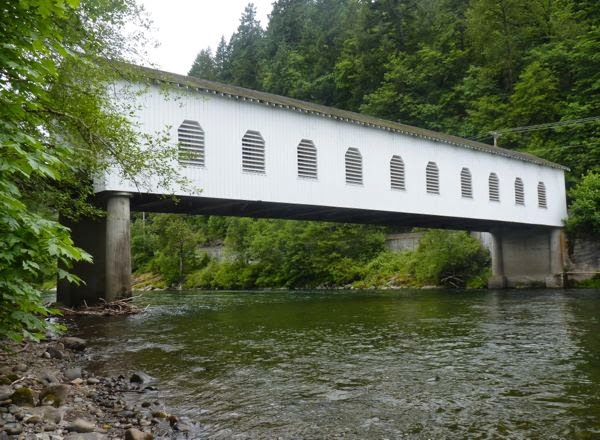 Good Pasture bridge is not in Cottage Grove. It crosses the McKenzie River, further north. I include it here because it was the same design and size as the Dorena bridge. Despite the rain, I enjoyed the tour of covered bridges.