You are here: Home › Columbia River
By Pleinguy on July 20, 2014 in NW
(Corbett to Hood River OR)
The Columbia River Gorge promised grand vistas and multiple waterfalls; both favorites of mine. My approach took me past Mount Hood through Hood River. To save time, I scooted west on I-84, and easily missed my exit to the falls. 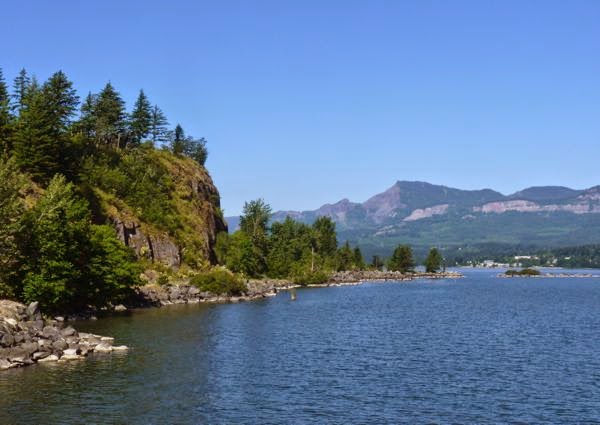 Returning on US-30 was beautiful, but risky even with my small rig. Narrow bridges, stone guard-walls and blind curves made it scary at times. Better to do this stretch in a car, and no way with a big rig.
At the Portland Women’s Forum overlook, there was a wonderful vista of the Columbia River Gorge. And, a short ways further was the oft photographed Vista House at Crown Point with a similar view. 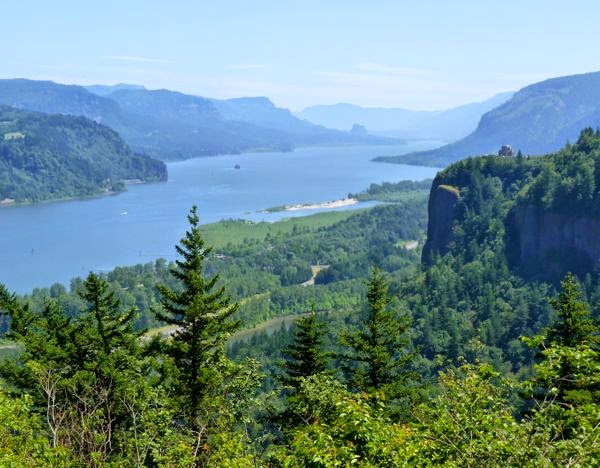 In the next five miles, there was a series of impressive waterfalls along the old highway; some near the road and others after a short hike. As the photos show, each had it’s own setting and character. 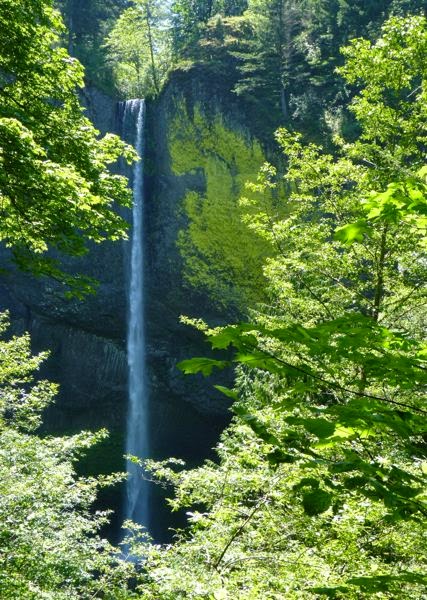 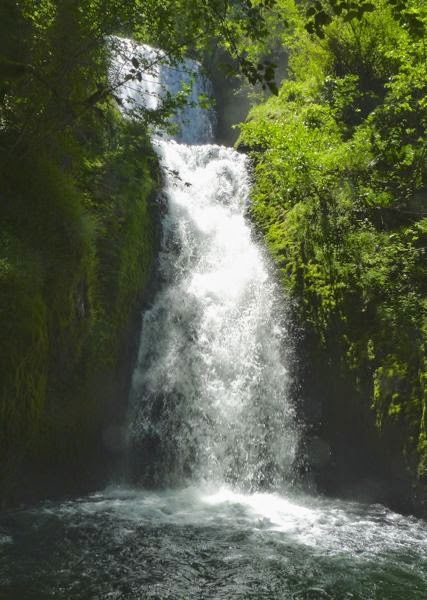 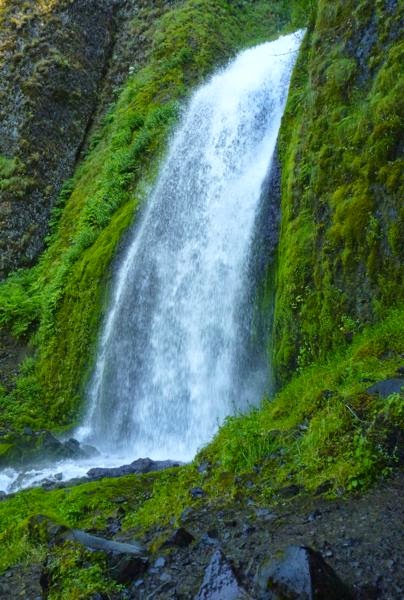 The most famous of these waterfalls, 620 ft Multnomah Falls, descends in a double cascade with a foot bridge between them. It was very difficult to photograph due to it’s height, the angle of the sun, and the masses of tourists. I found the other waterfalls more charming. 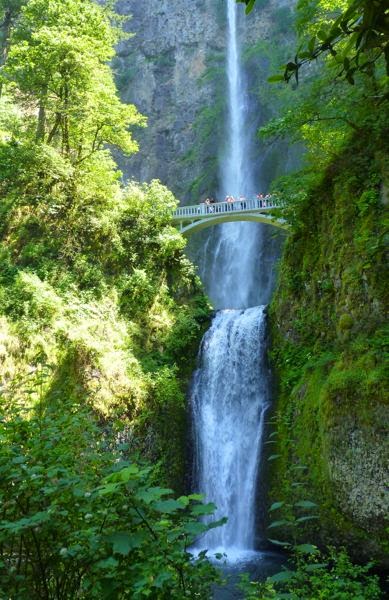 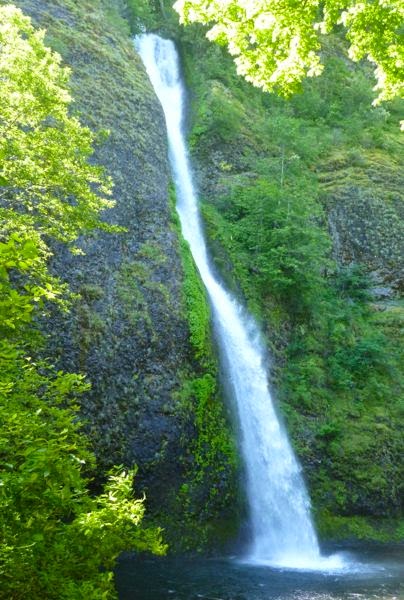 A small county park, on the banks of the Columbia River, was a nice find. Walking the trail over a bluff provided several pretty views and photos.

The tour of the gorge made for a long day. So, I was ready for a rest. Gas, groceries, and dinner in The Dalles hit the spot. That night’s camp was by the Deschutes River.
Camp: BLM-Oasis CG
Scene: River gorge, waterfalls, mountains