West Yellowstone was my last stop in Montana, before heading south on US-20 into Idaho. I planned to skirt the west side of the Tetón Range to find some boondocking camps. After Island Park, a turn onto ID-47 tracked closer to the mountains. 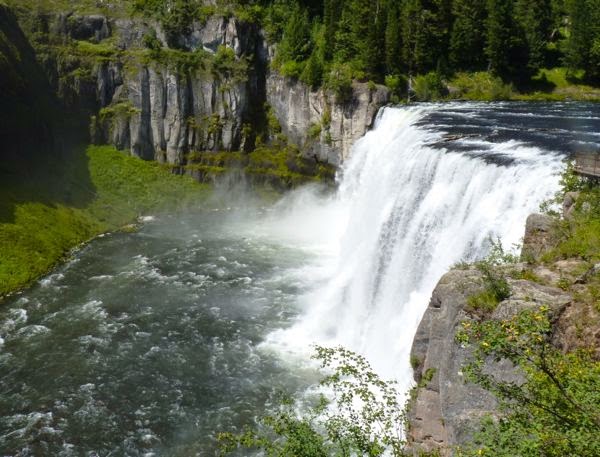 There were several forest roads that led to suitable boondocking spots, but the scenery did nothing for me. About 14 miles along was Upper and Lower Mesa Falls on the Henrys Fork of Snake River. I stopped for a look and they were very impressive indeed. 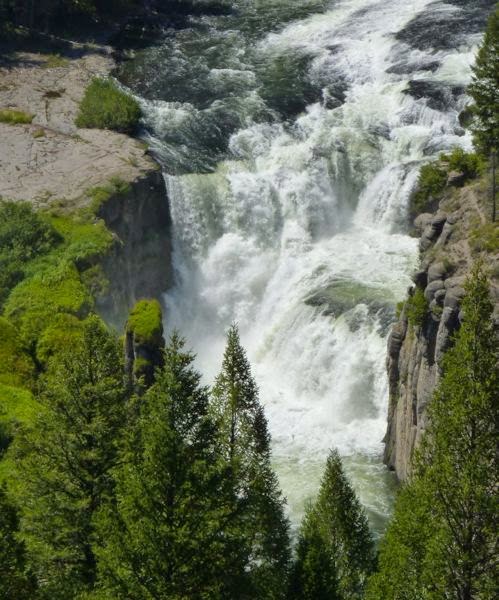 (Warm River ID)
Eventually, I found a boondock camp about a quarter mile off the highway in the forest. A clearing with several fire rings means it was often used for dispersed camping. But, this time I was the only one there. 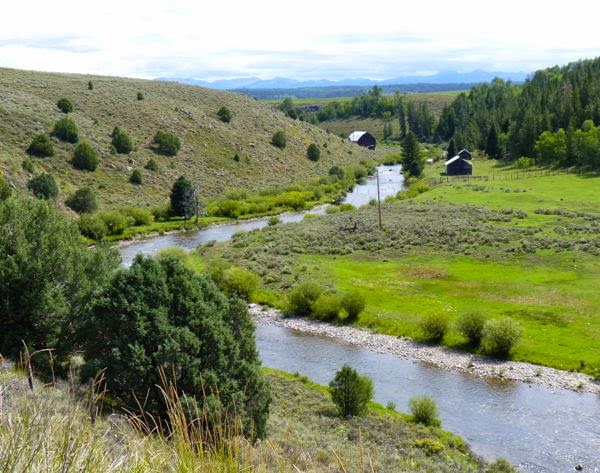 (Driggs ID)
After visiting a couple of galleries in Driggs, I found a free campsite out on the flats. It set next to an S bend in the Tetón River with a view of the Grand Tetóns in the distance. 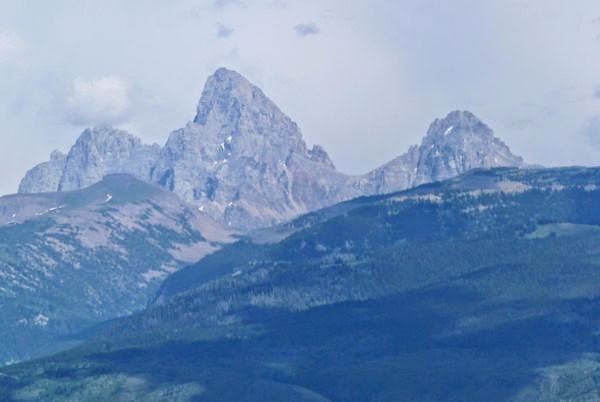 Grand Tetóns from the West

It rained every day, so I got caught up on internet work and planned the next leg of the journey. Wanted to go up the mountain, on the west side of the Grand Tetóns, but the weather prevented any decent views.

(Victor ID)
At one of the gallery visits, someone told me about an open studio event down the road in Victor. So, I went to check it out. Got to meet well known painter Scott Christensen and see his latest artwork. 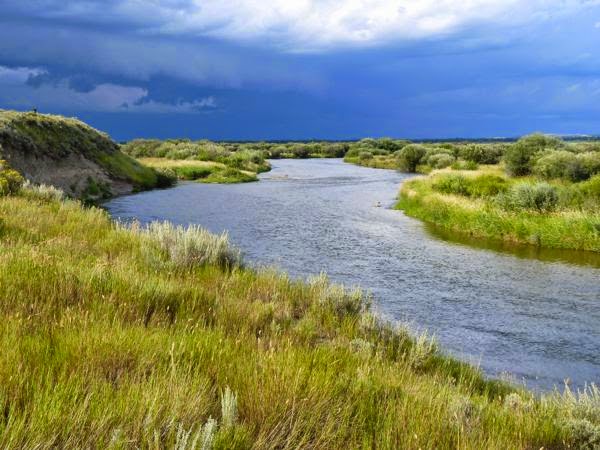 Scott turned out to be a very nice guy who knew some of the same artists that I do. Loved his paintings, especially the small plein air field sketches.

(Palisades ID)
Pulled over for a break from driving in the rain. The Palisades Reservoir appeared to be pretty low, and it was difficult to photograph. 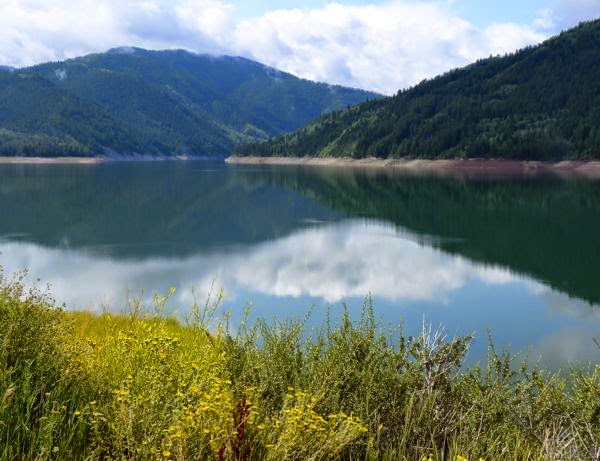 Had thought to camp by the lake, and there were a few boondock sites. But, it was still too early in the day.

(Alpine WY)
A car show in Alpine attracted my attention. By the time I had finished gawking at the cars, it was lunch time. 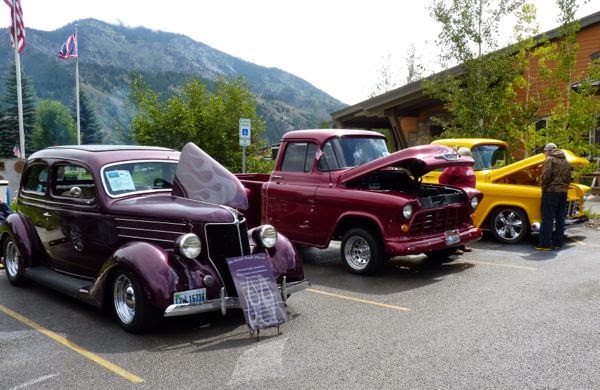 So, I went to the Yankee Doodle Café and had a chili-burger; an open-face topped with chili, onions, and melted cheese with a side of sweet potato fries. All I can say is, it was decadent and delicious! 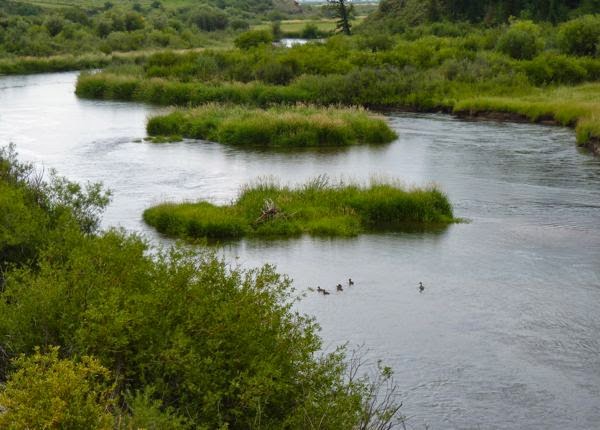 (Smoot WY)
Stopped at a large pullout atop Salt River Pass for an overnight. At 7,615 ft it had some nice views. There was a short break in the rain, so I got a few photos. 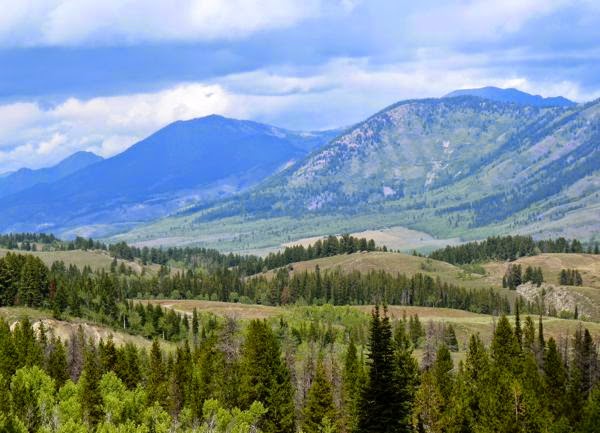 (Garden City UT)
The rain had ceased for a while as I went past Bear Lake. The lake was a pretty aqua color, but otherwise not as scenic as I remembered from many years ago. 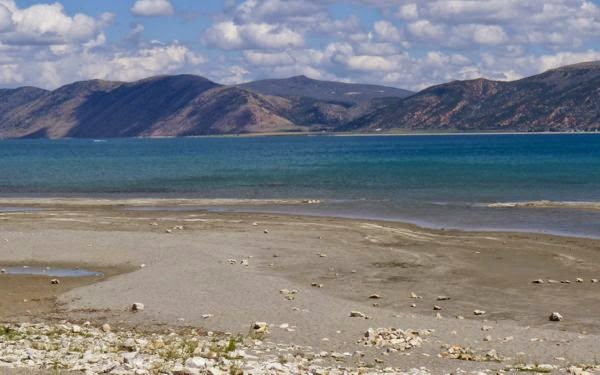 The trip down the west side of the Tetón Mountains didn’t turn-out like I had hoped. Too much rain prevented exploring the area. But, it still was a nice drive.