(nr Montezuma Creek UT)
Hovenweep National Monument was way out into the desert and featured preserved native pueblo ruins atop Cajón Mesa. Most structures were built along the rim of the canyon, and a few in the gorge. 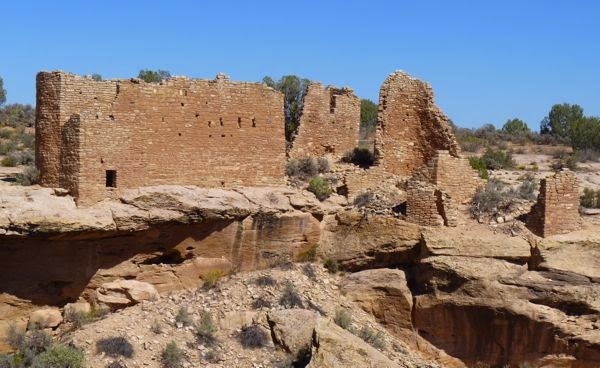 I hiked the rim trail that goes around the gorge passing several stone structures. Most were in decay, but the careful stone masonry was impressive. The trail went down into the gorge, and then up the other side. 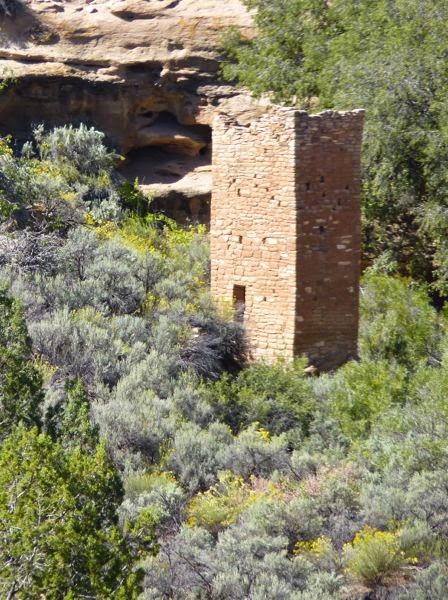 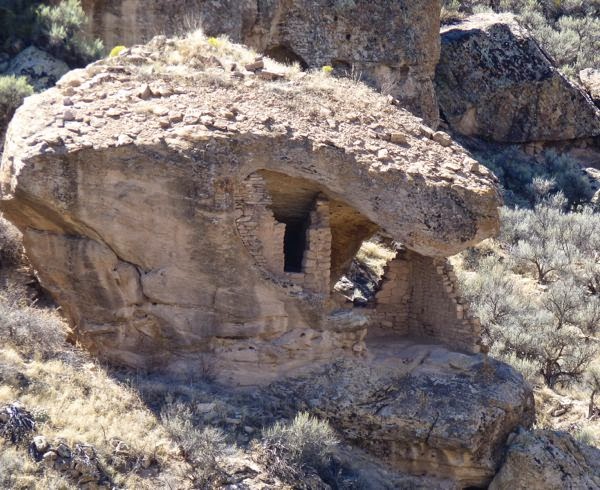 Archeologists believe it was once a thriving farming and trade community. Eventually, due to drought or depleted resources, they migrated into New Mexico and Arizona. The Visitor Center had a nice film about the area. 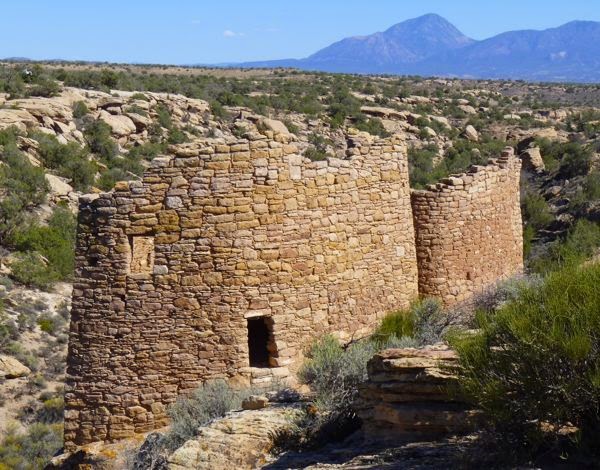 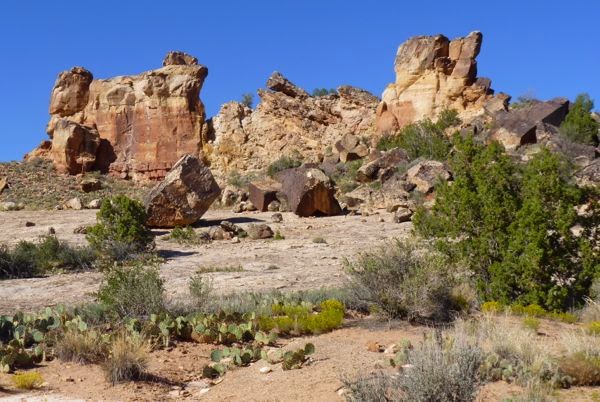 Canyon of the Ancients

Plans had been to boondock at a BLM site afterward at the edge of Canyon of the Ancients. But, it turned out to not be suitable. So, I ended up going all the way into Cortez CO. There, I restocked the pantry, got gas, and caught up on the internet.